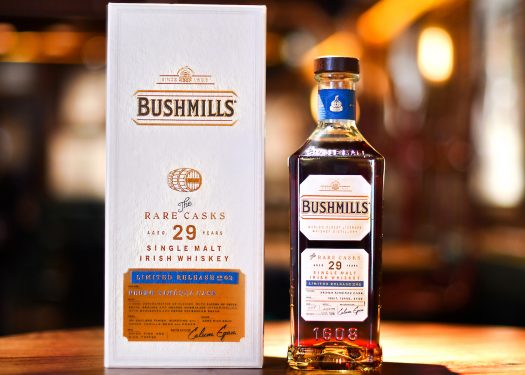 It hasn’t even been a year since the first release in Bushmills new “The Rare Casks” series, and here we have a second, even older installment. Wonders never cease. For round two, the Irish whiskey powerhouse is releasing a 29-year-old expression distilled in 1992 and matured in hand-selected bourbon barrels for over a decade before being re-casked in 2004 into Pedro Ximenez Sherry casks. That’s a whopping 17 years of PX sherry finishing, folks.

As with the first edition, only 500 bottles have been released to the U.S., so if this sounds like it’s up your alley, you may even want to forgo reading this review and get on the phone to your favorite liquor store. Chris wrote in his review of the Cognac Cask release that it was one of the greatest Irish whiskeys he had ever tasted. Is this PX Cask one of the greatest I’ve ever tasted?

The aroma is soulful and rich with notes of worn leather, dark currants, butterscotch, and plump raisins. All that time in the barrel has added a remarkably well-balanced wood-driven character with notes of chocolate-covered cherries, oolong tea, and gently smoky cigar box. The palate showcases an unexpected vibrance and balance for such a long PX maturation. An initial burst of dried dark fruits and Christmas pudding is complemented by layers of rich, sticky caramel and buttery toffee. It’s sweet but not cloying, and while there’s plenty of old, sherried funk in the mix, the damp, oaky notes never seem to intrude on the brighter elements. A bit of torched citrus adds a nice contrast across the lush mid-palate as the warming conclusion closes in with more dark, jammy dried fruits, a bit of almond tart, and strong black tea with a squeeze of lemon. Bushmills describes the finish as “endless,” and they aren’t exaggerating by much. A fantastic Irish whiskey that’s easily in the early running for our Top 10 Whiskeys list this year. 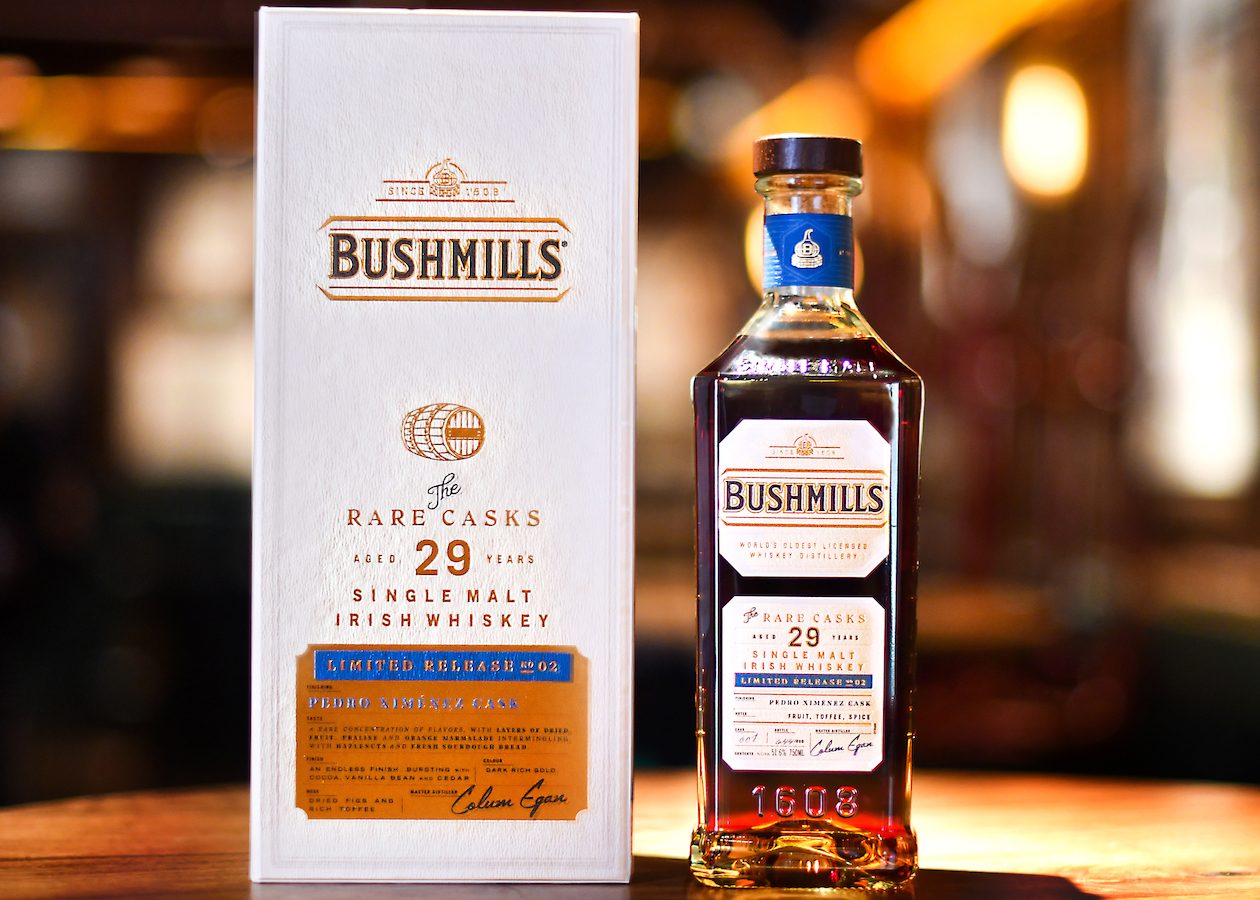