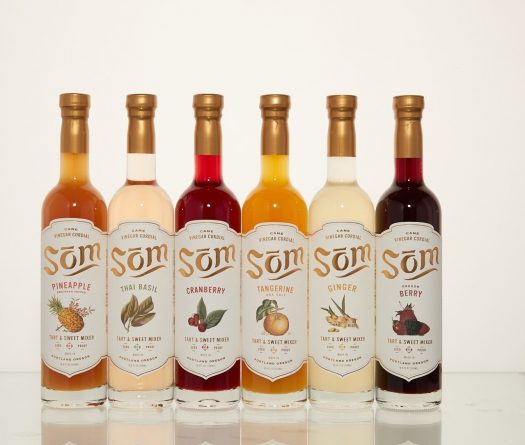 Portland, Oregon’s Som makes its mixers not from alcohol but from vinegar (and cane sugar), which sets up a sweet and sour base that can conceivably be confused for booze. Crafted by James Beard-winning chef Andy Ricker, they provide a healthy, zero abv alternative to traditional liqueurs. But… how do they taste? Spoiler: Some work better than others.

Som makes 10 core flavors plus a bevy of special and seasonal releases. We tried a representative sampling of five. Thoughts follow.

Som Tangerine Sea Salt – Very vinegary, but cut with a clear and distinct tangerine character. The salt is incredibly punchy as it hits you on the back end, after that sweet citrus note fades. Powerfully flavored, but more versatile than some of these. B+

Som Oregon Berry – It’s tough to pick out the specific berry in this mix over all the vinegar — though it’s a bit dialed down here — but I presume it’s marionberry and/or blackberry, with a touch of grenadine-like pomegranate and/or cherry on the back end. Definitely workable as a creme de cassis (or similar) substitute, with a more easygoing finish. A-

Som Pineapple – Again quite heavy on the vinegar, with the pineapple present, but surprisingly understated. Rather winey on the whole with a blunt, tart finish. B

Som Thai Basil – More subtle on the nose, but bolder on the palate. The spicy basil component is one of few ingredients that can stand up to the mixer’s massively tart vinegar notes, and the sweetness is dialed in just right here. The finish melds a vaguely tropical fruitiness with a bright, herbal spice. Unique, and probably my favorite in this batch. A- 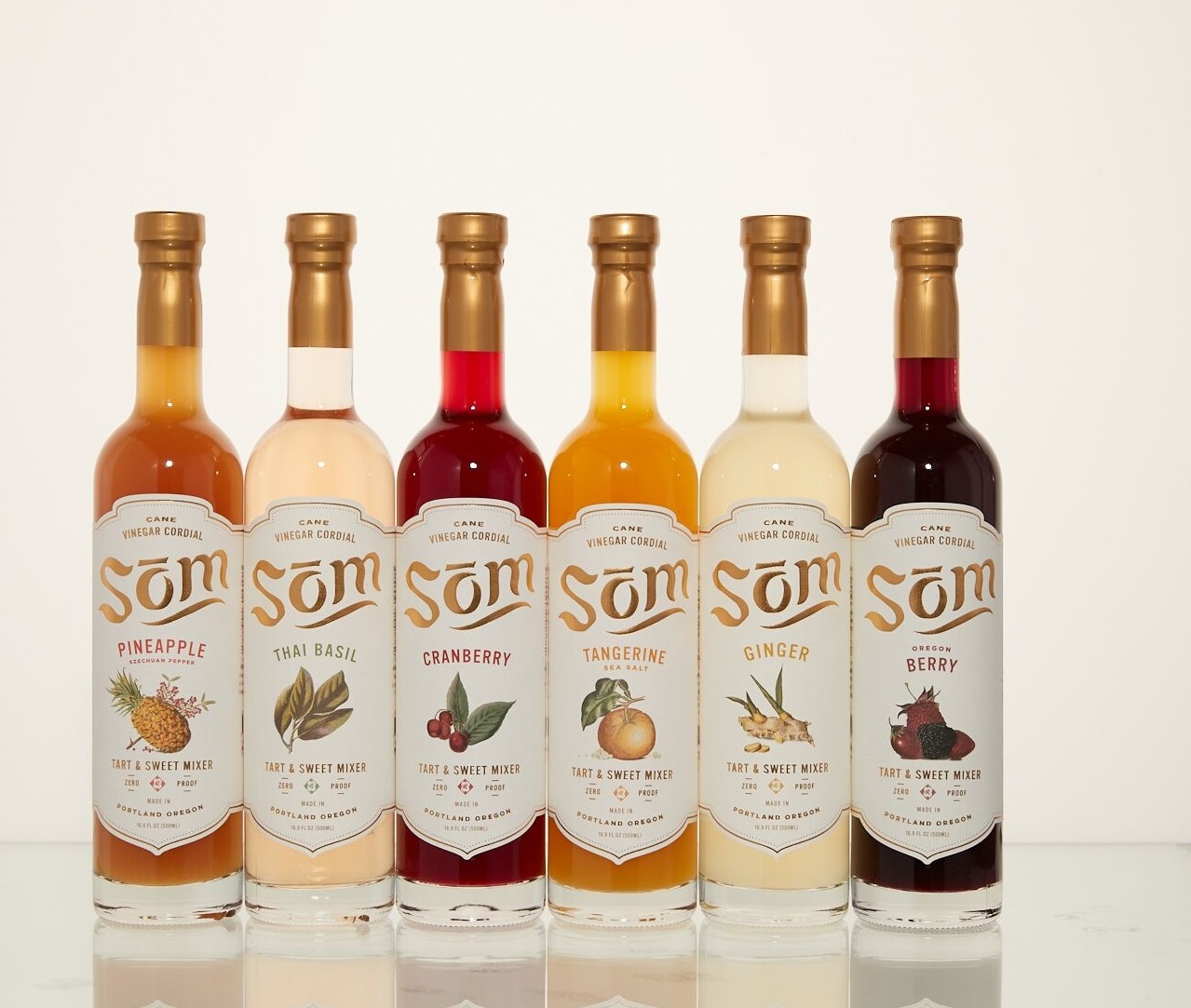