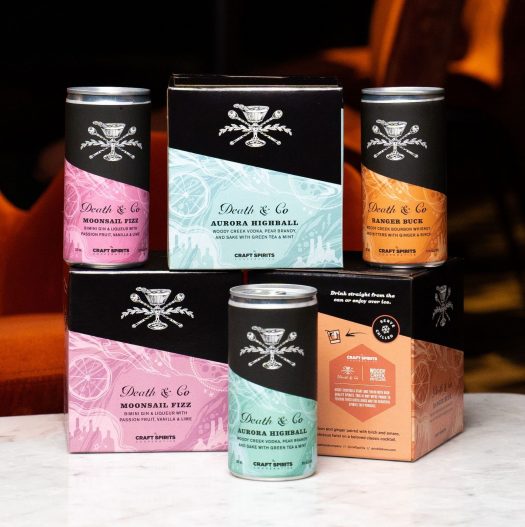 Ready-to-drink fans take notice. We may be experiencing the halcyon days of canned cocktails now that a brand as well-respected as Death & Co. has thrown their impressively plumed hat in the ring. Last fall, in partnership with Craft Spirits Cooperative, the company launched a line of three canned libations modeled after original cocktails created by the infamous New York City bar (now with locations also in Denver and Los Angeles). At $5 to 6 a pop, these aren’t cheap, crush-it-and-forget-it canned beverages, but they are considerably cheaper than what you’d pay at the bar. Let’s see if they are anywhere near as good.

Death & Co. Aurora Highball – This canned highball relies on a base of Woody Creek vodka with Clear Creek pear brandy and sake. The aroma is mild and sweet with a bit of mint and a ripe pear note. It’s well-carbonated but not oppressively effervescent on the palate, with a clean, crisp body and balanced sweetness. Notes of juicy pear and earthy rice wine make a slightly odd first impression before the finish arrives with more coherent notes of muddled mint and green tea. 8% abv. B+

Death & Co. Ranger Buck – A mix of Woody Creek bourbon, ginger, birch, and an unspecified amaro, this one has the biggest aroma out of the bunch with a heavy perfume of ginger and a smoky, incense-heavy wood note. On the palate, this drinks a lot like a classic bourbon and ginger ale long drink, a bit on the sweet side and without much gingery spice. An ashy wood note adds complexity and helps to keep things from trending too saccharine, while the finish concludes with vanilla bean and candied ginger. 11% abv. A-

Death & Co. Moonsail Fizz – Bimini gin and an unspecified liqueur make up the foundation for this decidedly beachy offering which is redolent on the nose with juicy passionfruit notes and a touch of vanilla. The palate is bright and refreshing but showcases perhaps a bit too much fruit. A mildly tart lime juice note helps to level things out heading into the finish with a nice mix of lingering tart and sweet tropical flavors. 12.2% abv. B+ 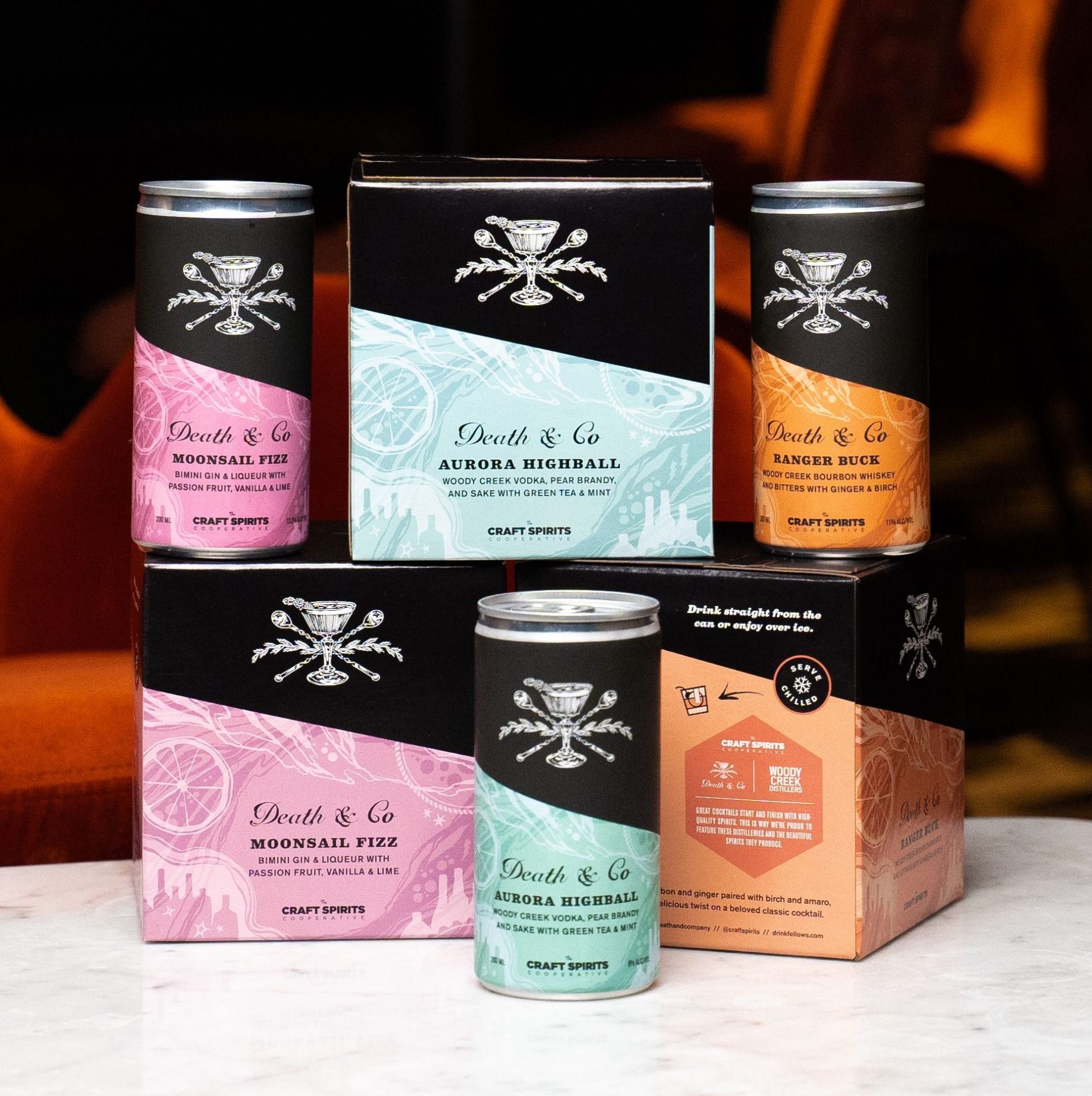