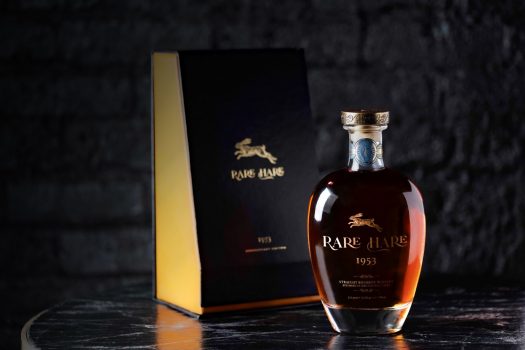 Guess who’s getting into the bourbon business? Playboy: With the introduction of Rare Hare 1953, which debuted yesterday.

A fitting tribute to the year Playboy was founded, the Rare Hare 1953 Anniversary Edition is a 17-year Kentucky bourbon finished in XXO Cognac casks from the Champagne region of France. Rare Hare 1953 is imbued with subtle notes of Grande Champagne and Fine Champagne grapes with hints of candied fruit and spices. Bottled at 111 proof and packaged in a commemorative box, only 1,953 bottles will be released for the U.S. market launch and 1,953 bottles for select markets in Asia and Europe.

“Passion and sophistication are the foundation of the Rare Hare brand and our spirits collection,” said Marc Bushala, Chief Executive Officer of Spirit Investment Partners. “The ‘1953 Anniversary Edition’ is an incredible bourbon unlike any other and worthy of being the inaugural whiskey release for Rare Hare.”

Why, the only thing that could make this better would be the use of XXXO Cognac casks, amirite? (Sorry, they don’t exist. Even XXO is a new thing.)

And so, let’s give Rare Hare Bourbon a whirl.

Bourbon and Cognac are natural bedfellows, and here we really do get a best of both worlds. The nose is intense to an extreme: Quite peppery, with lots of wood up front, it takes its time to settle into a groove that showcases plum jam, currants, and some floral incense notes — a nice little mix of whiskey and brandy. It’s quite intense, with the well-aged bourbon notes settling into a groove of dark chocolate and clove-heavy baking spice after 15 minutes or so.

The palate keeps all of the above going, variations on the theme, with lots of wood, dark chocolate, and an intense winey quality that brings the Cognac influence into full focus. While laden with fruit, it’s surprisingly never overtly sweet, and the heavy, chocolate-covered raisin note on the finish really adds a unique and engaging quality to the finish. Big spice cabinet notes, dusted with cedar and tobacco, round out the conclusion, which lasts just about forever.

Rare Hare 1953 may have gimmick written all over it, but believe it or not, the juice is legit. 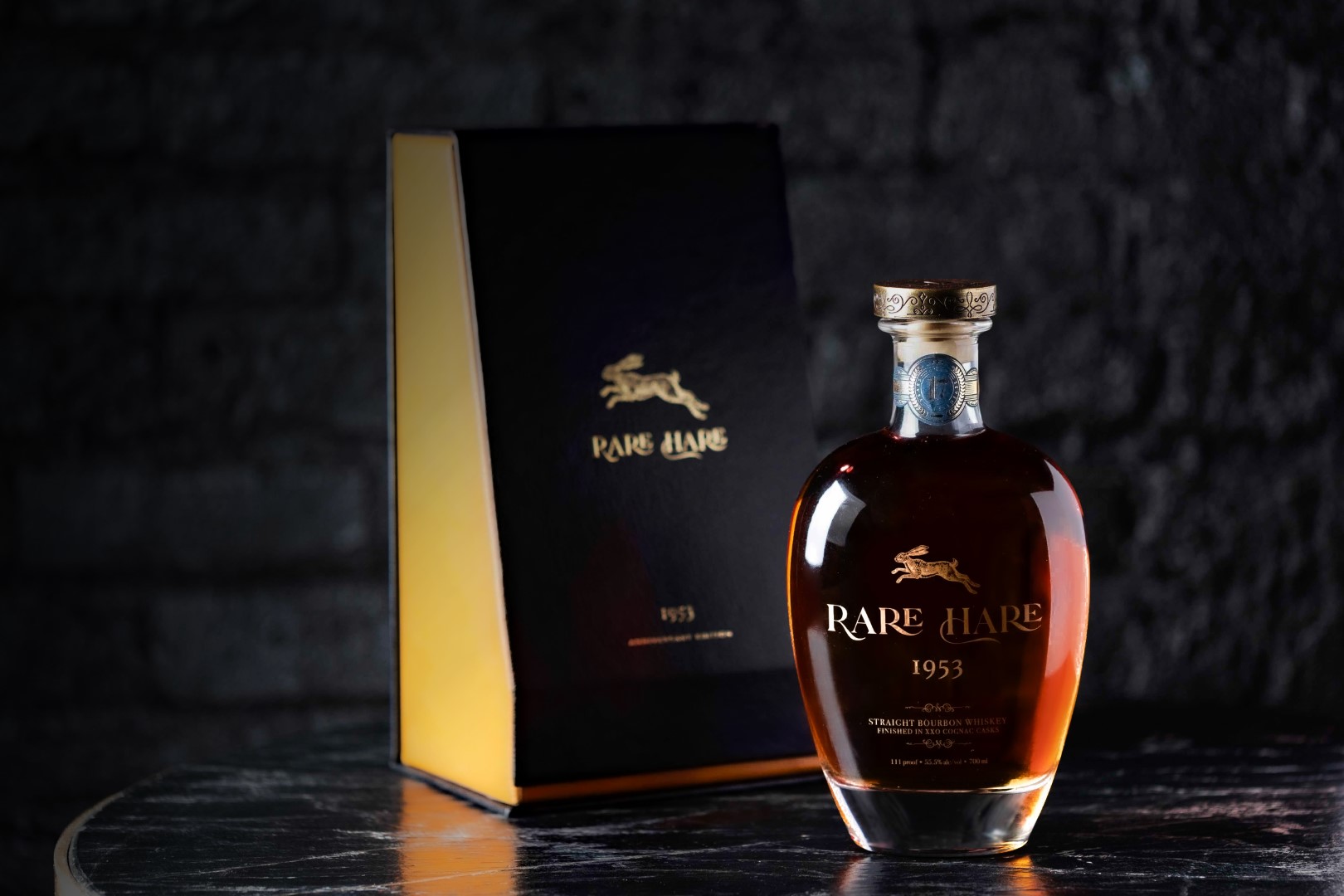