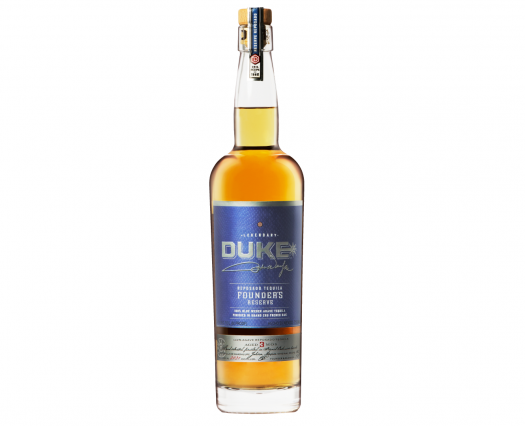 Well, pilgrim. You thought John Wayne would be satisfied with just a bourbon bottled in his name? Well guess what, now The Duke has lent his signature to tequila, which is available in three (unexpected) expressions, reposado, anejo, and extra anejo. No blanco here, folks. John Wayne only consumes oak-aged spirits, it seems.

A slight twist: Duke Tequila is aged in French oak wine barrels (of undetermined origin), not American oak bourbon barrels, which feels decidedly unDukelike to us, but then again Wayne did make a movie called Reunion in France. That was about Nazis and stuff, though, so maybe we can’t read that much into its applicability to tequila.

Anyhoo, we received the reposado and extra anejo bottlings of Duke Tequila — not the anejo, bizarrely — but we’re in rarified air here as it is, so let’s not think about it too much and instead start rounding up some dogies and drinking some hooch.

Duke Tequila Reposado – Finished (their term) for 3 months in French oak wine casks. Soft on the nose, lightly herbal, with notes of coconut, nougat, and a pinch of baking spice. Definitely has a “French oak” feeling, soft again on the palate, with vanilla emerging quickly, though a light herbaceousness emerges late in the game. The finish keeps you amused with notes of lime leaf, sage, and white pepper — racy and distinctly citrusy, almost like it’s built for a margarita. A touch of caramel lingers on the back end. Good, versatile, pricey stuff. A- / $65 [BUY IT NOW FROM CASKERS]

Duke Tequila Extra Anejo – Finished (again, their term) for 3 years in French oak wine barrels. Quite an odd collection of aromas here, the tequila first punching with agave then moving quickly into notes of gingerbread, vanilla, and a distinct sherry wine character — though no sherry is involved in the creation of this spirit as far as I can tell. A hint of acetone blows off quickly, greatly improving the overall experience. The palate is more straightforward in its creme brulee sweetness, notes of toasted marshmallow, spice box, and a hint of dessert wine all in the mix. Lively and lovely, though I’ve had more complex, immersive extra anejos before. A- / $150 [BUY IT NOW FROM CASKERS] 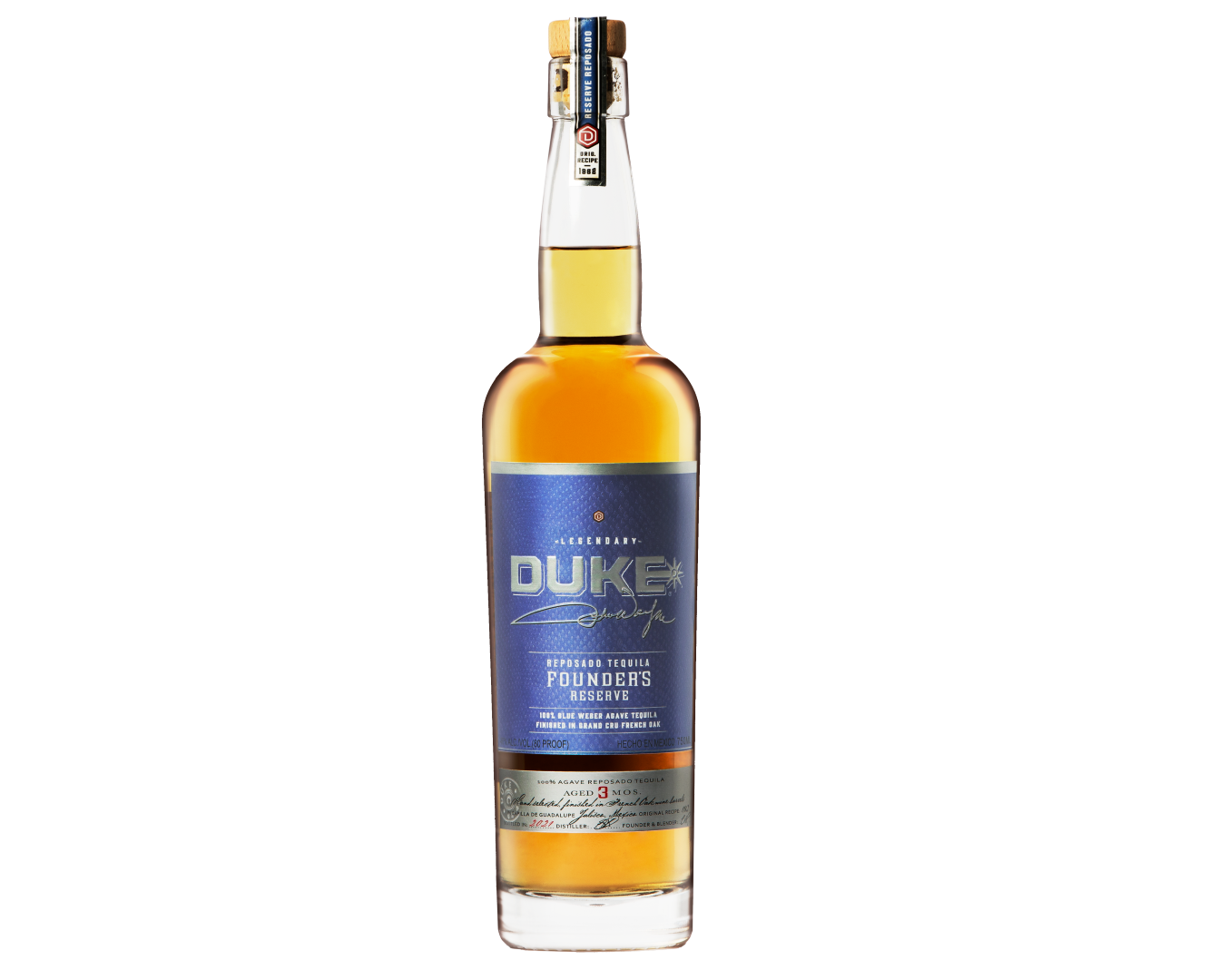