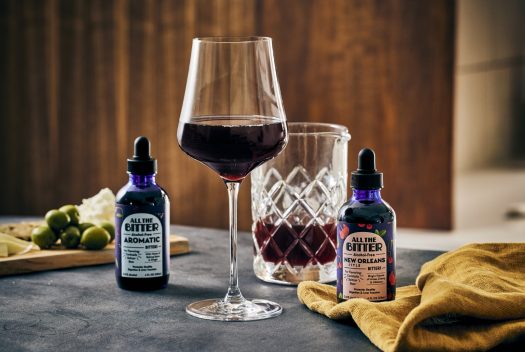 Bitters are traditionally made, quite simply, by steeping botanicals in alcohol for a length of time, then bottling the finished product. Bitters add a lot of flavor to a drink, but they also add a bit of booze — most bitters are actually very high in abv — so for folks looking to limit or avoid alcohol entirely, that can be a problem.

All the Bitter is a line of bitters made without alcohol, designed by former sommeliers from The French Laundry. They’re made by steeping the aromatics in glycerin and cider vinegar instead — which means they do have a shelf life of about 18 months.

At present, three different varieties are available. We tried them all. Thoughts follow.

All the Bitter Aromatic Bitters – Your classic Angostura alternative. Lots of cinnamon and nutmeg here, big baking spice aromas. A bit sweet at first, then a slug of impressive bitterness arrives. It’s fresh gingerbread all the way into the finish, again sweetening up just a bit. Racy but full of flavor, I would never have guessed this was alcohol-free. A

All the Bitter Orange Bitters – The addition of cardamom and coriander give these bitters a lot more to work with than just orange. In fact, I’d go so far as to say orange is a secondary character in the mix. As with the aromatic bitters, baking spice is the primary focus, those cardamom elements really ramping up as the palate builds. A bit more straightforward of a shot than the aromatic offering, this melds spice and bitterness into one cohesive combination, without as much of the back and forth as the aromatic. A-

All the Bitter New Orleans Style Bitters – This Peychaud’s alternative (at least in appearance) gets its deep red color from hibiscus, and they’re significantly darker than standard Peychaud’s. Flavors run heavily to (very bitter) cloves and anise, with some floral touches present. Cherry notes emerge on the lengthy finish. It’s a little more blunt than either of the other bitters in the lineup, though the fruit on the finish perks things up. B+

All the Bitter Aromatic Bitters 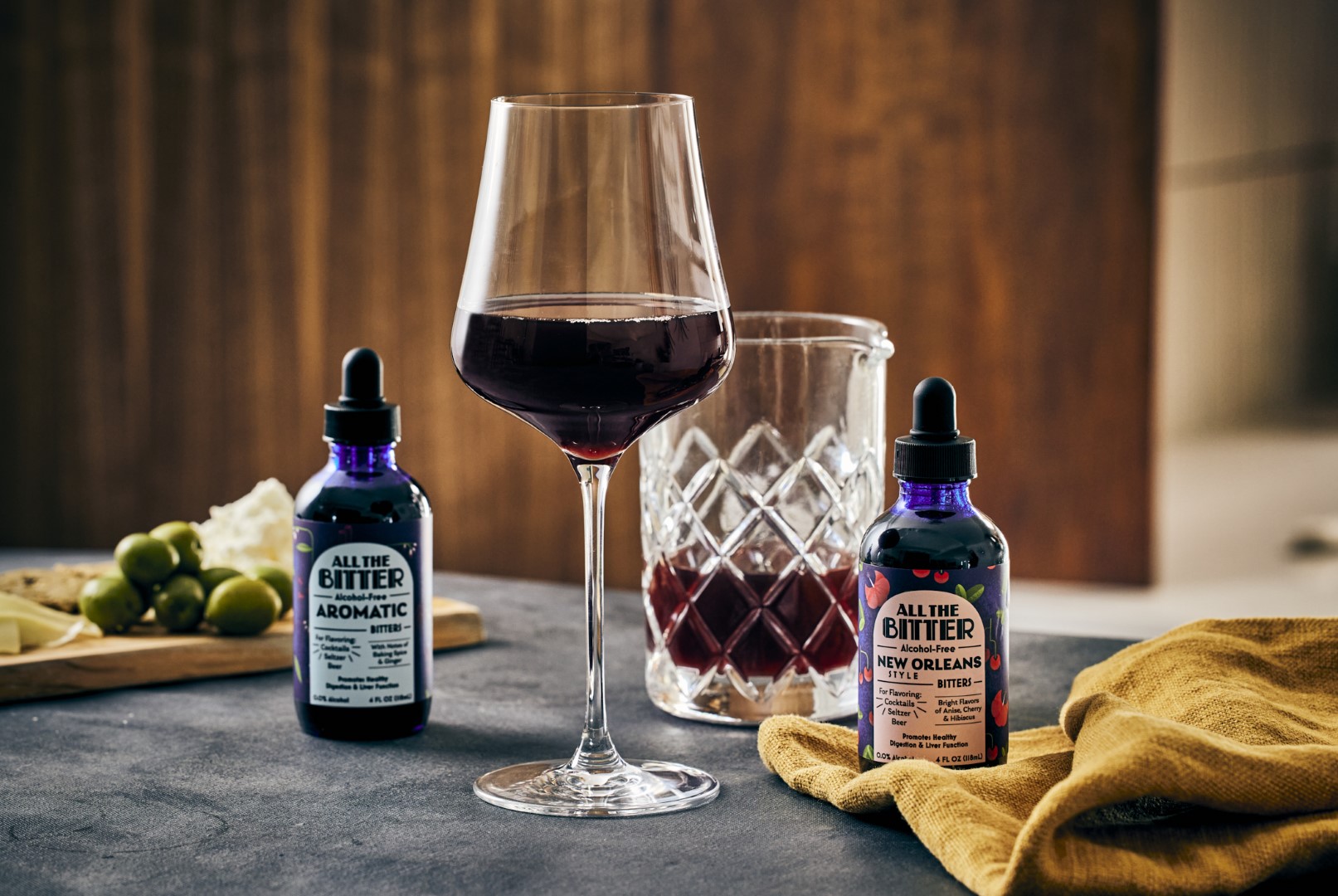