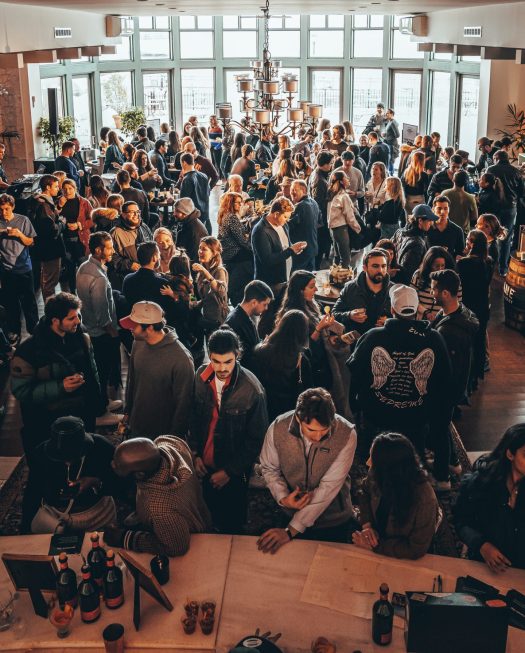 Among North American audiences, Irish whiskey is poised for a moment in the sun. The fast-growing category’s U.S. sales were up over 16% in 2021, and by some estimates, the spirit could overtake Scotch’s stateside footprint within the next decade. As with most boozy trends, event organizers have taken note, their progress only temporarily slowed by COVID-related delays.

In 2019, Moira Breslin founded The New York Irish Whiskey Festival to give Irish whiskey a foothold in the city’s ultra-competitive live events space. The inaugural event — showcasing both big and craft brands — took place in November 2019 and was billed as America’s first Irish whiskey festival. That event attracted 25 presenting brands and a high-profile partnership with The Dead Rabbit, one of NYC’s most esteemed and awarded watering holes.

Fast forward more than two years later, and the Festival’s second edition returned to Lower Manhattan’s waterfront on Saturday, March 12, 2022. Drinkhacker was in attendance at the max-capacity event, sampling an expanded lineup of drams, along with Irish-inspired appetizers, live music, and even a pop-up barbershop.

Shortly after, we caught up with Breslin and The Dead Rabbit owners/founders Sean Muldoon & Jack McGarry to talk about Irish whiskey’s growth, busting myths surrounding the spirit, and what the future spells for Irish whiskey fans in the United States and beyond.

Note: The interviews below appear in two parts. These interviews have been lightly edited for readability. 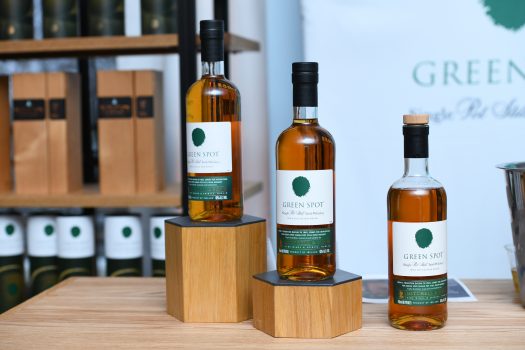 Drinkhacker: Tell us a bit about how The New York Irish Whiskey Festival first came about. Did any specific events, festivals, or spirits gatherings initially inspire you?

Moira Breslin: The Irish whiskey category is currently experiencing double-digit growth, with sales recently reaching an all-time high in 2021. Yet there was no specific moment dedicated to celebrating this special category until The New York Irish Whiskey Festival. We were inspired by the immersive bourbon festivals taking over New York, but there was nothing quite like this for the Irish whiskey category. We wanted to attract millennial cocktail enthusiasts looking to explore the growing category and Irish culture in a lively, contemporary atmosphere.

Drinkhacker: How was planning for this year’s festival impacted by COVID?

Moira Breslin: After our two-year hiatus due to the pandemic, we feel extremely grateful we were able to conduct this year’s festival. We worked closely with the city and the brands to ensure we were following recommended government guidelines and regulations so we could ultimately host an event that was safe and organized.

Drinkhacker: How did you source brand partners?

Moira Breslin: Our partners in The New York Irish Whiskey Festival are Irish whiskey experts, Sean Muldoon and Jack McGarry of the [award-winning bar] The Dead Rabbit. With The Dead Rabbit establishment maintaining one of (if not the largest) collections of Irish whiskey, different brands across the category were naturally interested in the opportunity to participate.

Drinkhacker: How did your personal love of Irish whiskey begin?

Moira Breslin: Born in Ireland, I associate Irish whiskey with good people and good times! It is incredibly exciting to see the growth in the category in the U.S. and the steady flow of innovation coming out of this.

Drinkhacker: For those just starting their exploration of Irish whiskey as a category, what are some helpful tips or things to keep in mind?

Moira Breslin: There are so many amazing Irish whiskey brands on the market and each has something unique to offer. From brands like Bushmills which continues to dominate the single malt category with ongoing annual releases including most recently their 12-year-old expression, to Redbreast, and Knappogue Castle to unique blends from brands like Jameson, Slane, Roe & Co, and many more – there’s truly an Irish whiskey for every level and taste preference. 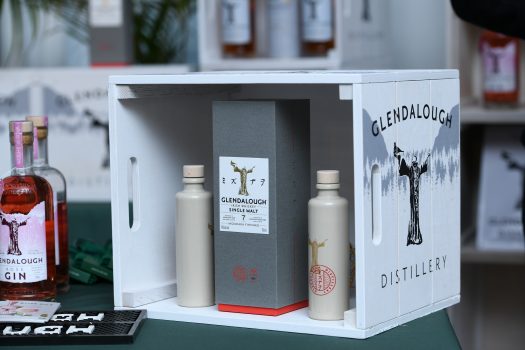 Drinkhacker: Is Irish whiskey an overlooked category in the United States? If so, why?

Moira Breslin: Irish whiskey is experiencing huge growth in the U.S., but there are still some misconceptions surrounding the category — while there’s always more to be done in terms of awareness, the fact that it is set to outpace Scotch in sales over the next decade is a massive indicator that consumers are becoming more familiar with the category and there’s an appetite for more depth and diversity in Irish whiskey.

Drinkhacker: What are the most common misconceptions you hear about Irish whiskey, particularly among American drinkers?

Moira Breslin: As mentioned, there are some common misconceptions about Irish whiskey, one being that it is primarily for taking shots, but it is so much more than pickleback shots… for all the reasons listed above!

Drinkhacker: How would you like to see the Festival change or expand in the coming years?

Moira Breslin: We are excited to advance the festival as the category continues to expand and evolve. Next year we’re excited to implement even more exciting moments, serve specialty cocktails, host seminars on Irish whiskey, discuss the future of the category, and make use of the spectacular outdoor area for serving warm drinks such as Irish coffees and hot toddies. 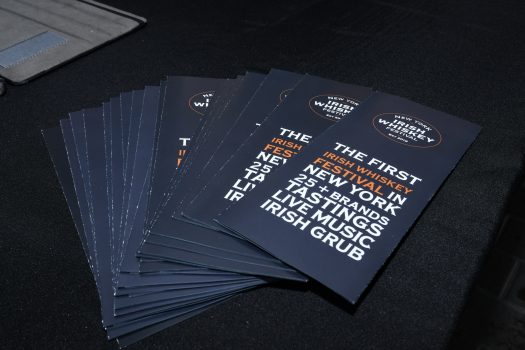 Drinkhacker: How did The Dead Rabbit get involved with the New York Irish Whiskey Festival?

Muldoon and McGarry: Moira Breslin of Articulate Ventures first approached us to discuss the idea of a festival dedicated to Irish whiskey. As we shared in her sentiment that the category was greatly underrepresented, we were immediately interested in an experience for consumers to get to know the Irish whiskey category and also debunk some of the myths surrounding it.

Drinkhacker: What are the most common misconceptions you hear about Irish whiskey, particularly among American drinkers?

Muldoon and McGarry: We don’t think the average whiskey drinker is necessarily aware that there are different styles of Irish whiskey – not everything is a blend! There are single malt, pot still, grain, and blended categories, and each has its own unique processes and ingredients. 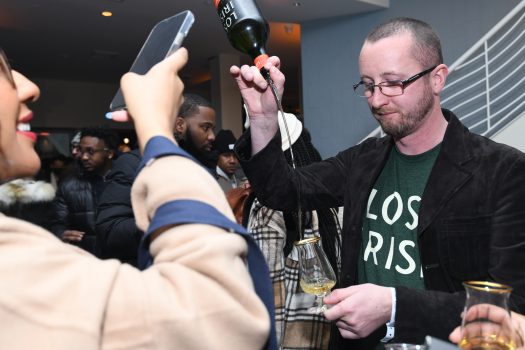 Drinkhacker: Beyond yourselves, who are some impactful influencers and groundbreakers in expanding Irish whiskey’s popularity in the United States?

Muldoon and McGarry: Master blenders and master distillers from distilleries across Ireland have had a big impact on the category and its popularity. Given their hands-on expertise, people are interested in hearing from them directly about different products and what makes them unique.

Drinkhacker: What should Americans be excited about when it comes to the growth of Irish whiskey?

Muldoon and McGarry: There is loads to be excited about – as owners of an Irish bar, we’re always looking for new and interesting expressions to add to our repertoire of offerings for consumers so the continued innovation coming out of Ireland is very exciting. More variety in the categories just means more opportunities and options for consumers, which we think is very exciting.