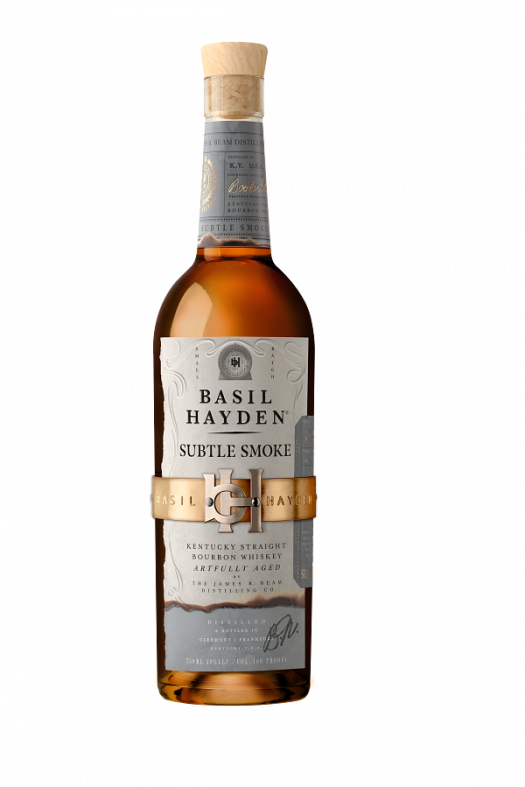 Producer Jim Beam has introduced a range of new Basil Hayden products in recent years, including creative approaches to bourbon and rye, and now it is offering something completely different by creating a bourbon with a distinctly smoky character. Unusually, it isn’t made with peat. They explain the unique process for creating a very subtle note of smoke:

The steps to create this unique bourbon begin with toasting and lightly charring a secondary barrel. Afterwards, hickory-smoked chips are delicately ignited at a constant feed to produce smoke, which is then pumped into the barrel, resulting in soft, charred notes. This six-month secondary aging process provides a smoother, more subtle take on smoky spirits, and creates the perfectly sophisticated, yet approachable introduction to both bourbon and Basil Hayden.

There aren’t many smoky American whiskeys, which makes this new offering from Jim Beam an interesting experiment, but the word “subtle” is in the name of the product, and they mean it. The smoke is a gentle note and not a defining feature. The nose is mostly classic Basil Hayden, including lots of enticing caramel and candy corn — with just a whiff of hickory smoke at the end. The palate is the same, for the most part offering the flavors we expect from Hayden, including more caramel and candy corn, honey, and vanilla. On the finish, the barest note of smoke can be detected, but to be honest, I might not have known that any special smoke application was used at all here, since the element tastes like it could have simply come from the barrel. That’s all to say: I’m not altogether sold on the inclusion of smoke, but this is nonetheless an enjoyable bottle of Basil Hayden with a bit of creativity thrown in. For fans of the original, it might be worth trying. 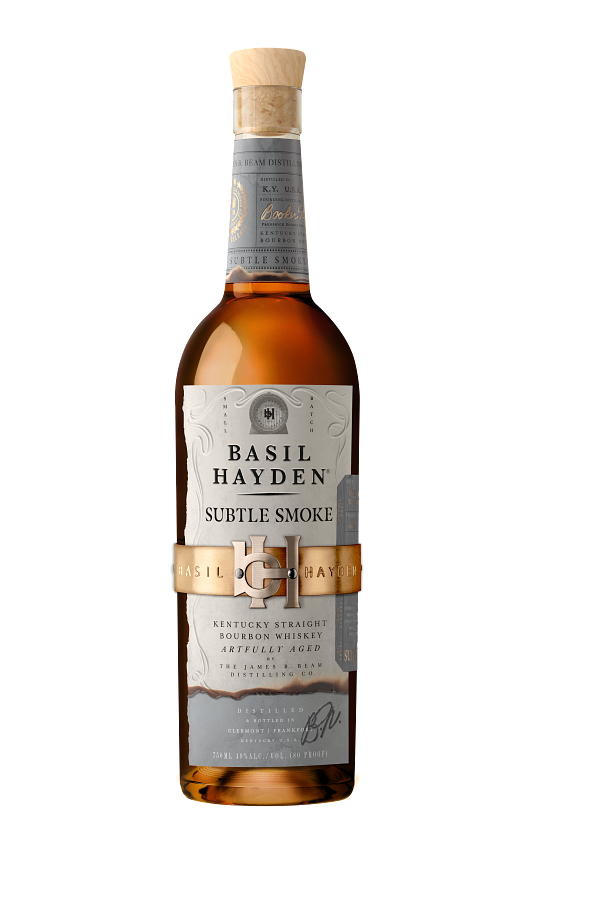