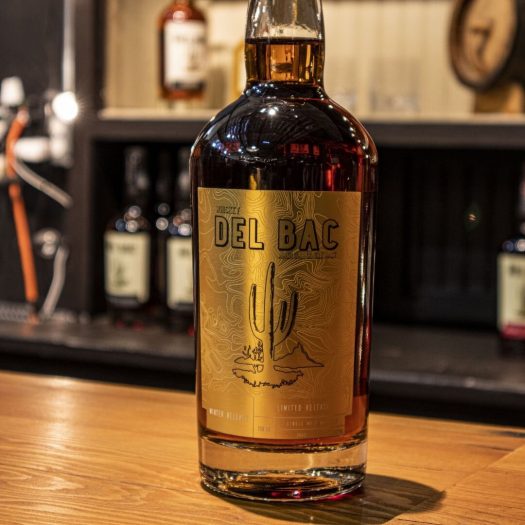 Hamilton Distillers has been making and marketing their distinctive, Arizona based single malt Whiskey Del Bac since 2013, and we had a chance to try three varieties in 2018. Today we revisit the Whiskey Del Bac Classic, which is the only whiskey in their core line that does not use mesquite to roast its barley. Whiskey Del Bac’s offerings do not bear an age statement, which makes sense. First, their whiskeys are typically aged in new oak barrels, not ex-bourbon or ex-sherry like most Scotch, and whiskey draws flavor more quickly from wood that hasn’t been used before. Second, Del Bac whiskey is aged in the Arizona heat, which encourages the distillate to interact more vigorously with the wood than it would in Scotland’s cooler climate.

Whiskey Del Bac Classic (2022) – It’s a good time to give this one another try as they have upped the alcohol content from 42% to 46% since we last tasted it. Even with the higher proof, the whiskey hews fairly closely to our previous review, and I draw many of the same conclusions: This is really good, distinctively American single malt whiskey. The nose is sweet, with notes of brown sugar and toffee joining together with cereal grains as well as a touch of smoke despite mesquite not being used. As we noted last time, the palate shows a bit of the youthfulness of the whiskey, but there’s a lot here to enjoy: sweet brown sugar comes first, followed by nutmeg, cereal grains, and ginger. In our earlier review, Chris noted that the whiskey was slightly peppery on the finish, hinting at a good southern barbecue, and I agree. Despite the higher abv, not much has changed with Whiskey Del Bac Classic, and it remains a winner. 92 proof. B+ / $56 [BUY IT NOW FROM CASKERS] [BUY IT NOW FROM DRIZLY]

Whiskey Del Bac Winter Release 2021 – This limited release whiskey was created as an American homage to the heavily peated whiskies of Islay. The bottle lists the components in the blend: “This year’s Winter Release boasts a blend of three different 100% malted barley mash bills and four different cask finishes of our mesquited single-malt whiskies.” From Head Distiller Mark Vierthaler, I learned that the three mashbills are 100% mesquited malt, 100% unsmoked malt, and the last, which is roughly 60% unsmoked malt and 40% mesquited malt. The four barrel finishes are bourbon, tequila, Calvados, and second-use Whiskey Del Bac Classic barrels. It’s all highly unusual, so let’s give it a try and see how the various malts and casks hold together.

The whiskey certainly has a pronounced smoky character, due to the use of mesquite in the roasting of much of the barley, but the whiskey is quite balanced with the smoke on both the nose and the palate matched by its pleasant sweetness and complexity. Coming in at 110 proof, this is high proof whiskey, but the alcohol is well hidden beneath layers of flavor, the mesquite smoke integrating seamlessly with bold notes of vanilla, raisins, herbaceous agave, cinnamon, and pepper. A few drops of water bring out more of the mesquite smoke, and Islay fans may enjoy that, but I actually prefer this potent whiskey straight, with all guns blazing but balanced beautifully. This is a brilliant whiskey to sit with by a fire on cold nights — whether or not you’re in Arizona. 110 proof. A- / $90 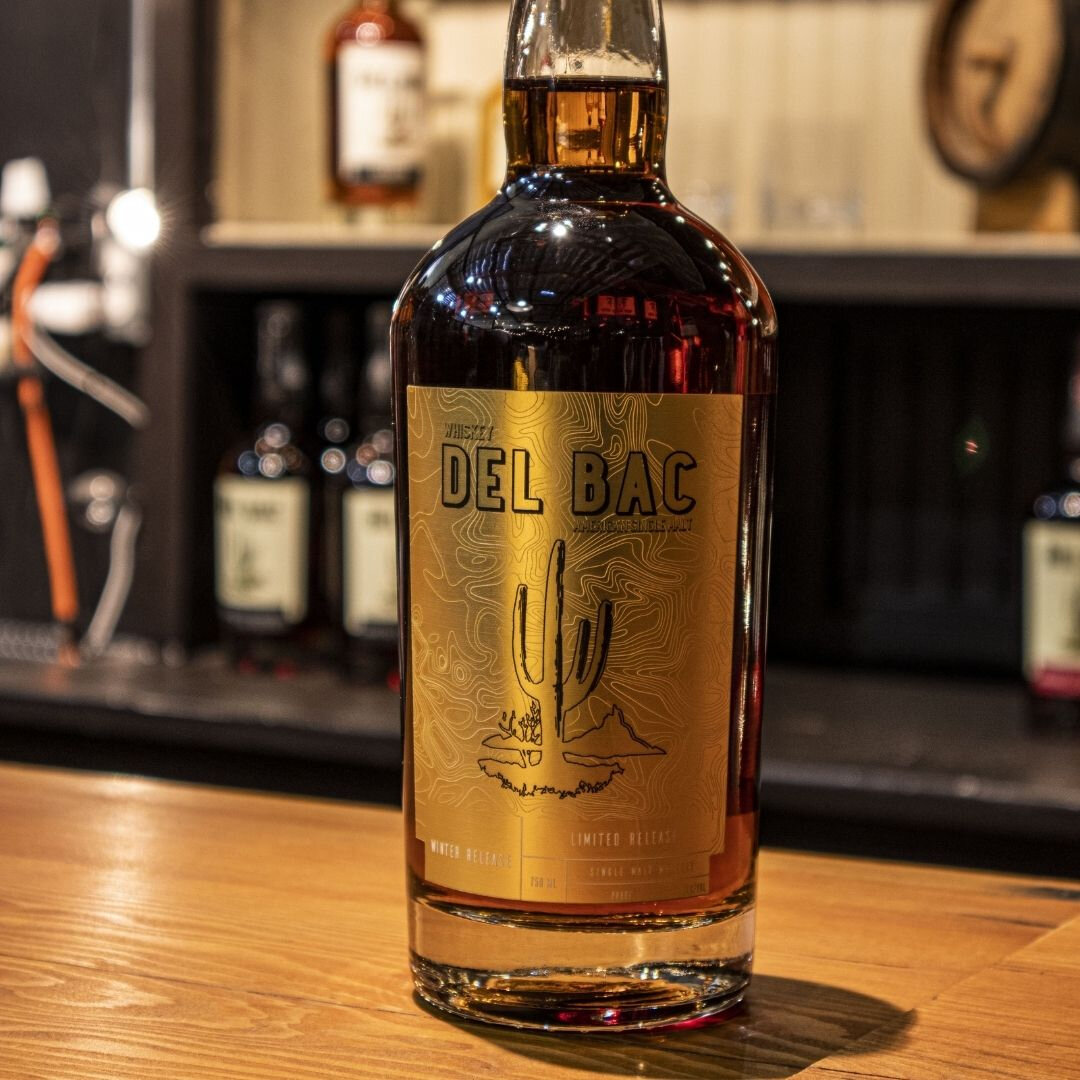