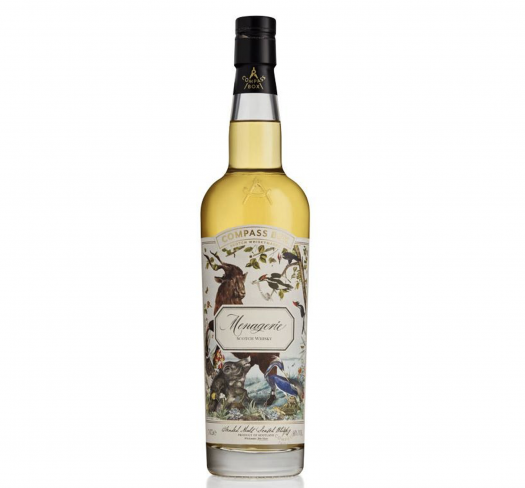 Compass Box, as Chris already observed in his review last fall, seems to always be adding new spirits while also revamping their old ones, often for special releases and the like. Case in point: Peat Monster Arcana which hit shelves late in 2020 and Menagerie, which arrived not long after in early 2021. Always in comparatively limited supply, these whiskies are sometimes tricky for us to get our hands on, so apologies for the tardy reviews. Better late than never, people!

Compass Box Peat Monster Arcana – Always exceedingly transparent, the good folks at Compass Box tell us that this one is made from a small lot of standard Peat Monster (9.4%) which was aged for more than two years in a custom, heavy toast French oak barrel. At over 71%, the largest component in this blend comes from Talisker, with Miltonduff and Ardbeg rounding out the remainder. The aroma is generously sweet with candied orchard fruits and vanilla fudge. It’s less savory and smoky than standard Peat Monster, with only a bit of candied bacon and soft pipe smoke lurking underneath. On the palate, things are well-built but still on the sweeter side with notes of raw honey, tinned pears, and ginger snaps. A touch of graphite and a kiss of salty smoke rein in some, but not all, of the sugary elements, while the finish lingers with bright citrus, saltwater taffy, and a bit of cigar ash. An enjoyable dram, to be sure, but I’m left wanting more peat in this monster. 92 proof. B+ / $100 [BUY IT NOW FROM DRIZLY]

Compass Box Menagerie – The name essentially means zoo, but Compass Box assures us that there’s harmony in this bottle, which is comprised of parcels from Mortlach, Deanston, Laphroaig, Glen Elgin, and their own Highland Malt blend. The aroma is characteristically light with an easy, malt-forward sweetness accented with yellow peaches in syrup, candied ginger, and a subtle, peppery barbecue smoke. The palate is a little more robust, but still showcases a generally soft, sweeter quality with an oily, rounded body and notes of heather honey, custard, and more stone fruit. A lacing of dry smoke, more tarry than campfire, builds into a warming, mildly spiced finish. 92 proof. A- / $120 [BUY IT NOW FROM DRIZLY] 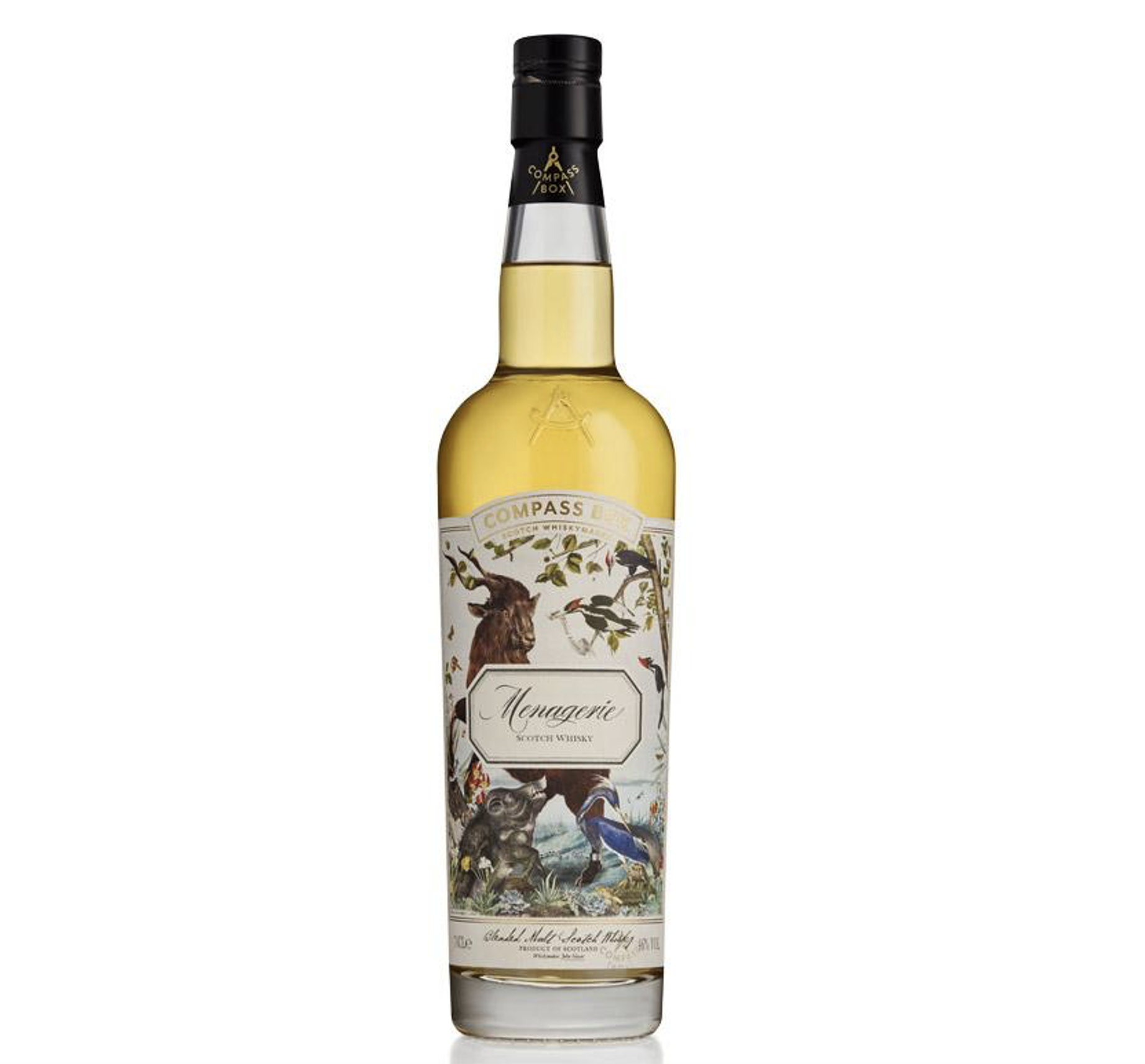 Review: Compass Box No Name, No. 3