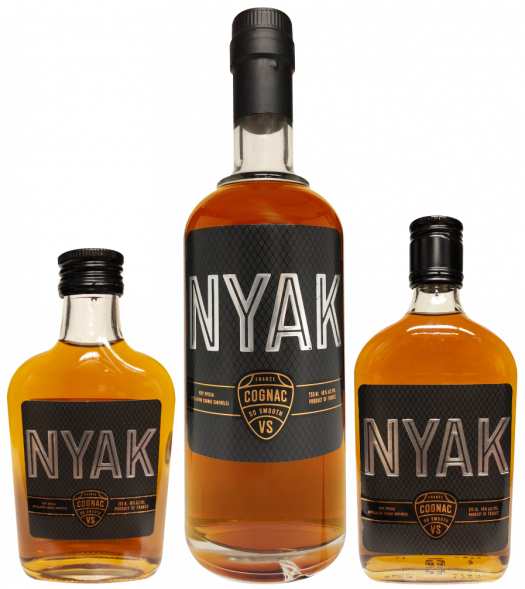 I’m naturally prejudiced against anything that claims to be “so smooth” on its label, but let’s set that aside for our first foray into new Cognac brand Nyak. Nyak is the brainchild of some spirits and business royalty, including CEO of Detroit Equities, Dennis McKinley; former VP for Remy Cointreau, Patrick Charpentier; and Jerome Hyafil, a former EVP for Seagram’s. The concept: Develop a modern Cognac brand with specific appeal to the African-American community, aligning with rapper and entrepreneur Young M.A. as its chief mouthpiece.

Nyak’s distillate is produced by a nearly 200-year-old brandy house in Cognac, SVE, which is today a semi-industrial producer best known for the Boismorand and Angeny brands. SVE also produces Alfred Giraud’s whisky.

Production details are as follows, with wines sourced from throughout Cognac, including some from Petite Champagne. As well, and this is all as written in the press release:

The first distillation-premiere chauffe- takes place in a 10,000 liters copper pot still. The heads are kept to be recycled with the wines. The tails are cut at 2% alcohol and discarded. The resulting juice – brouillis – weight 28%-32% alcohol depending on the vintage. The brouillis is then distilled. Second distillation or bonne chauffe in 2,500 liters copper pot stills. The heads are set aside to be recycled in the wines for their first distillation. The tails are cut at 60% alcohol, you want flavors not heaviness, and recycled into the brouillis for the bonne chauffe.

Nyak produces a VSOP and VS expression, the latter of which we received for review. Let’s sample it.

No big surprises on the nose here: Nyak VS is laden with oak — more than you’d expect, which seems suspicious at best — plus a strong rum raisin note, and ample fruit, leaning toward strawberry and laced with incense. The oaky theme continues on the palate, dusty and gritty at times despite a ton of vanilla, more red berry notes, and some milk chocolate in the mix. That said, it’s often like licking a board that’s been doused in brown sugar. Florals emerge late in the game — they have trouble pushing through all the wood influence and the overtly jammy characteristics — with more of that perfumed incense lingering on the finish.

All told, this is a fairly blunt and possibly doctored Cognac, but considering its intended consumption as a mixer or on ice, it isn’t awful. I wouldn’t suggest drinking it neat, but I do have marginally higher hopes for the VSOP on that front. 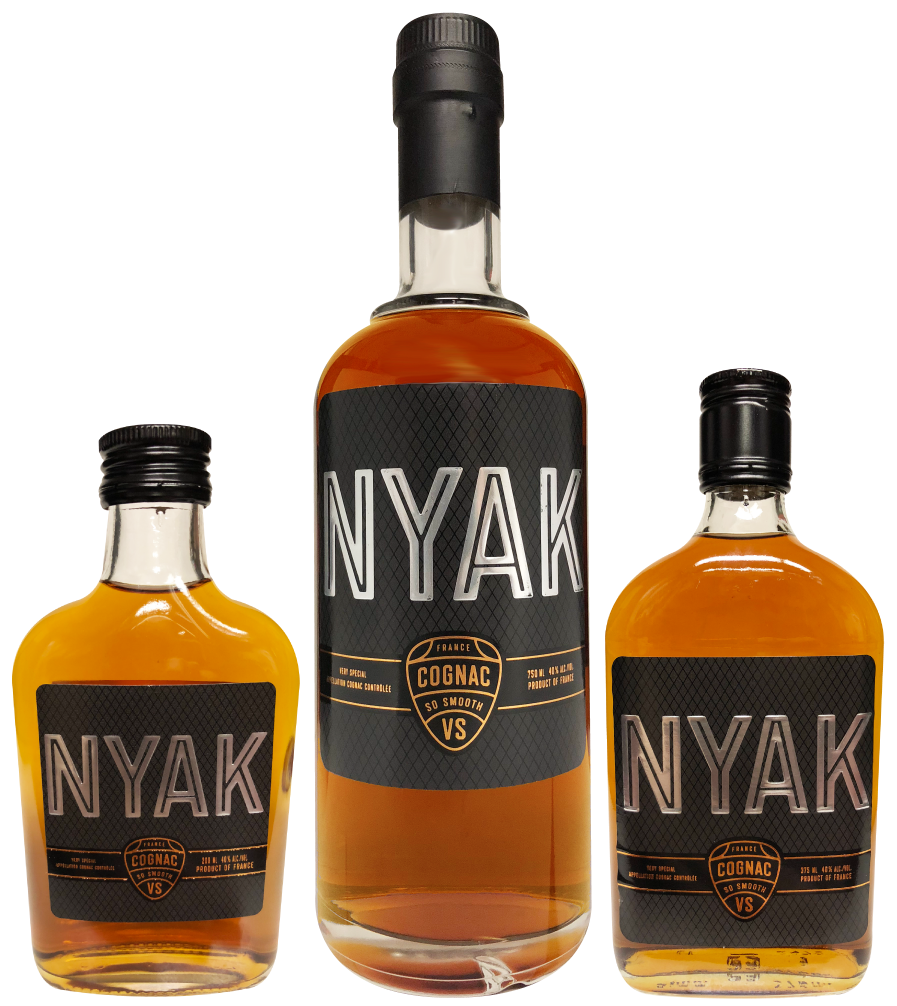 What’s the Difference Between Cognac and Armagnac?