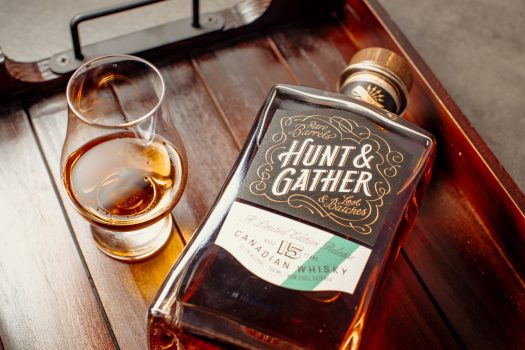 During our inaugural coverage of Hunt & Gather I had been unaware that the “lot #1” indication on the label was more than just fanciful marketing. Hunt & Gather is indeed part of a series — and if lot #2 is any guide, they’re going to vary quite a bit, driven entirely by sourcing unique barrels. How much variety are we talking about? While H&G lot #1 was a 15 year old bourbon, lot #2 is a 15 year old Canadian whisky — a high-corn expression from “one of western Canada’s pioneering distilleries” (presumably Alberta).

While H&G #1 was a solid, old bourbon, H&G #2 doesn’t exactly blow one’s mind. On the nose, the whisky is immediately heavy with sweet notes of maple syrup that’s been cut with black pepper and laced with well-toasted cereal grains. A hint of menthol gives it a slightly industrial aroma. Things find a better balance on the palate, but the whisky remains both rough around the edges and very sweet, again intense with maple notes and showing a little caramel, milk chocolate, and a hint of coffee bean. Notes of applesauce emerge late in the game. The finish reprises some mint, with more of an Andes mint character, and is quite warming thanks to its significant abv. On the whole, though, nothing makes enough of an impact to cut through the massive and relatively blunt maple core. 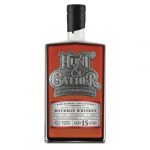