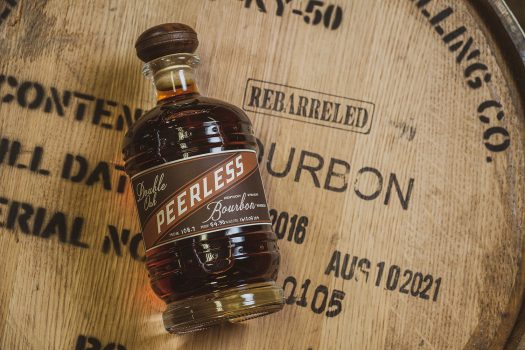 We’re probably nowhere near peak double-oak in the bourbon world, but maybe we’re getting close when small craft producers like Kentucky Peerless are hopping on the bandwagon. According to Peerless, they came about the process organically after re-barrelling bourbon from leaky barrels into new oak and discovering a dramatically changed profile. Those original bottlings were one-off, single barrels sold only in the gift shop, but the positive response from Peerless fans convinced them to add Double Oak to their permanent lineup. When we reviewed the first Peerless Bourbon two years ago at its debut, it wasn’t quite ready for prime time, but that same whiskey has only gotten older (now in the 5- to 6-year range). What have two more years and some extra oak aging done for this one? Let’s find out.

The aroma definitely shows less youth with more fully formed notes of oak and sweet barbecue, although there are a few sharp splinters here and there from the double barreling. As things open, a collection of chocolate-covered dried fruits arrives alongside some peanut brittle and coffee grounds. On the palate, a nice mix of savory barrel char and toasted sugar propels gentler flavors of baking spice, peach pie, and dark chocolate. There’s a fantastic warmth wrapped around it all that’s somewhat interrupted by a bit of dusty astringency that hangs onto the finish. That’s to be expected from extra oak aging, and it doesn’t really detract from the conclusion, which sees quite a lot of complexity with notes of gingerbread, clove, and buttery fruit pastries. I’m not sure if it’s the extra age or the extra barrel (or both), but this latest Peerless bourbon has come a long way since its debut. 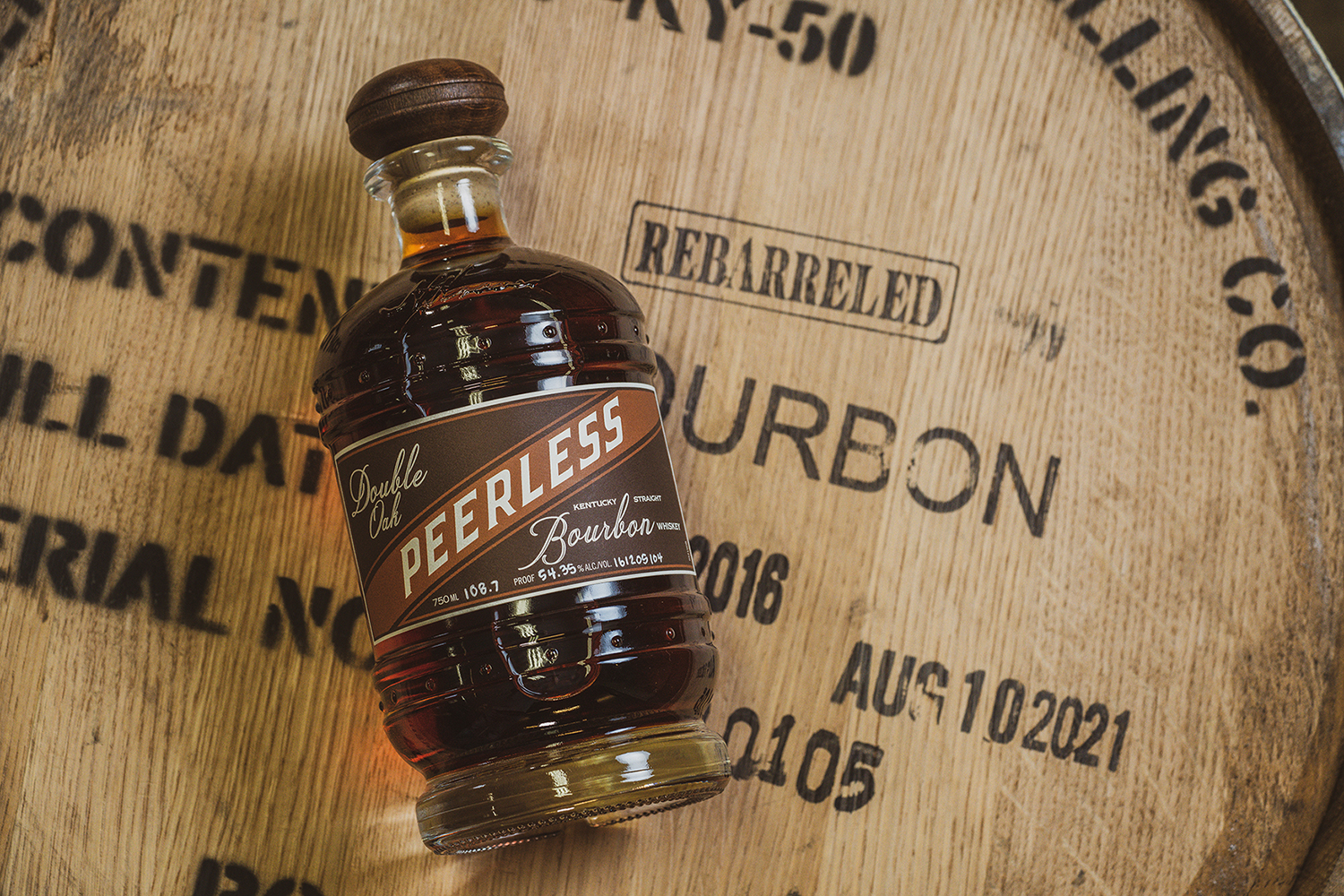