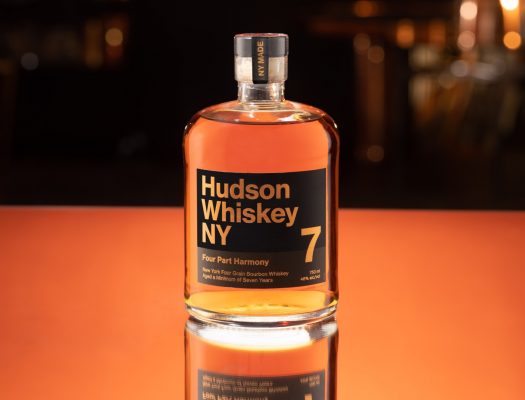 Gardiner, New York’s Tuthilltown Spirits is one of the old guard of craft distilling, having been on the scene since 2005 with its Hudson Whiskey brand. The brand’s squat bottles and quirky production techniques — which pioneered miniature barrels and the use of loud music to vibrate barrels in the warehouse — are legendary.

Like all things in this business, the company has undergone quite a few changes, including the sudden death of pioneering distiller Gable Erenzo earlier this year and the acquisition of Tuthilltown by William Grant & Sons, which closed way back in 2010. Consumers may notice another big change, namely a revamped core lineup (so long, Baby Bourbon!) in dramatically updated packaging. While the short, fat bottles remain, the labeling has changed dramatically, using a modern, sans serif font and a strip of primary color to indicate which of the four primary expressions is in the decanter. The naming style of the whiskeys have changed too, and while I think they’re all a bit kitschy, I guess Hudson does earn points for creativity.

Lastly is the launch of Hudson’s oldest whiskey to date, a four grain bourbon which carries a 7 year old age statement. (The original four grain was a younger offering, launched as a limited release in 2010.)

We received three of the four whiskeys in Hudson’s permanent lineup (all but the Back Room Deal rye, which is finished in peated Scotch barrels), plus the new Four Part Harmony 7 year old for review. Details on each release, and our thoughts, follow.

Hudson Whiskey NY Bright Lights, Big Bourbon – Straight New York bourbon, at least 3 years old. 95% corn, 5% malted barley. Fairly mild, and less corny than you’d think. In fact, the nose offers notes of spices — dill and cloves — alongside a nutty character, dusted with dark chocolate. The palate is lightly minty, with a sweet vanilla soda and a cola note to it. Candied nuts and some orange peel infuse a lively, fairly sweet palate — more caramel than corn. The finish offers a mild citrus note and lingers with bright, sweet caramel notes and a hint of toasted marshmallow. It’s rich and rounded, a real surprise given its relative youth. A- / $40 [BUY IT NOW FROM CASKERS] [BUY IT NOW FROM FROOTBAT]

Hudson Whiskey NY Do The Rye Thing – Straight New York rye, at least 3 years old. 95% rye, 5% malted barley. A wildly different experience than the bourbon, bruising on the nose with a punch of char and an intense spice character: tough rosemary, thyme, and pepper. There’s some underlying sweetness in the form of red fruit character, but it’s well hidden. The palate sees a ton of fresh rye bread character, quite spicy and classically youthful, slowly moving into sweeter notes of vanilla, licorice, and clove chewing gum. That trend continues into the finish, where hints of spearmint and brown butter lighten things up, if only a bit. Tough as nails from the start, this is a challenging rye that feels like the barrel has had its way with it. B / $40 [BUY IT NOW FROM CASKERS] [BUY IT NOW FROM FROOTBAT]

Hudson Whiskey NY Short Stack – Same as Do The Rye Thing, but finished in maple syrup barrels. This one’s been on the Hudson menu forever (under a different name), a sweet number that uses maple syrup to temper some of the heat of the rye whiskey. That’s successful, to a degree. The whiskey is still bold and brash on the nose, heavy with char, the maple syrup element not immediately evident save for a sultry baking spice character, loaded with cloves. Sweeter on the palate (mercifully), the maple makes an appropriately Sunday-morning impact but, again, to a lesser degree than you’d think. Hudson wants to evoke pancakes here, but the whiskey hews quite a bit closer to that lumberjack who’s eating them — beefy, woody, and showing some saline. The finish washes away any residual sugar and takes you back to the barrel and that green, pungent rye spice. Much more of a kissing cousin to the Do The Rye Thing bottling than you might expect. B / $40 [BUY IT NOW FROM CASKERS]

Hudson Whiskey NY Four Part Harmony 7 Years Old – 60% corn, 15% rye, 15% wheat, 10% malted barley, 7 years old; still a limited edition. This trouble with small barrels is that when you spend a long time in them, the wood really begins to take over. Seven years have done a number on Four Part Harmony, leaving the nose a bit of a hoary blazer, overloaded with barrel char and heavy notes of cloves and black pepper. Again, the palate has more sweetness than the nose would indicate — here showing caramel sauce and some milk chocolate — but it’s not enough to balance out all that pushy wood. The finish lightens up, melding some grassy, rye-driven spice with a butterscotch note, though the combination ultimately comes across as a bit scattered and standoffish. The 3 year old bourbon is more engaging, frankly. B / $70 [BUY IT NOW FROM DRIZLY] 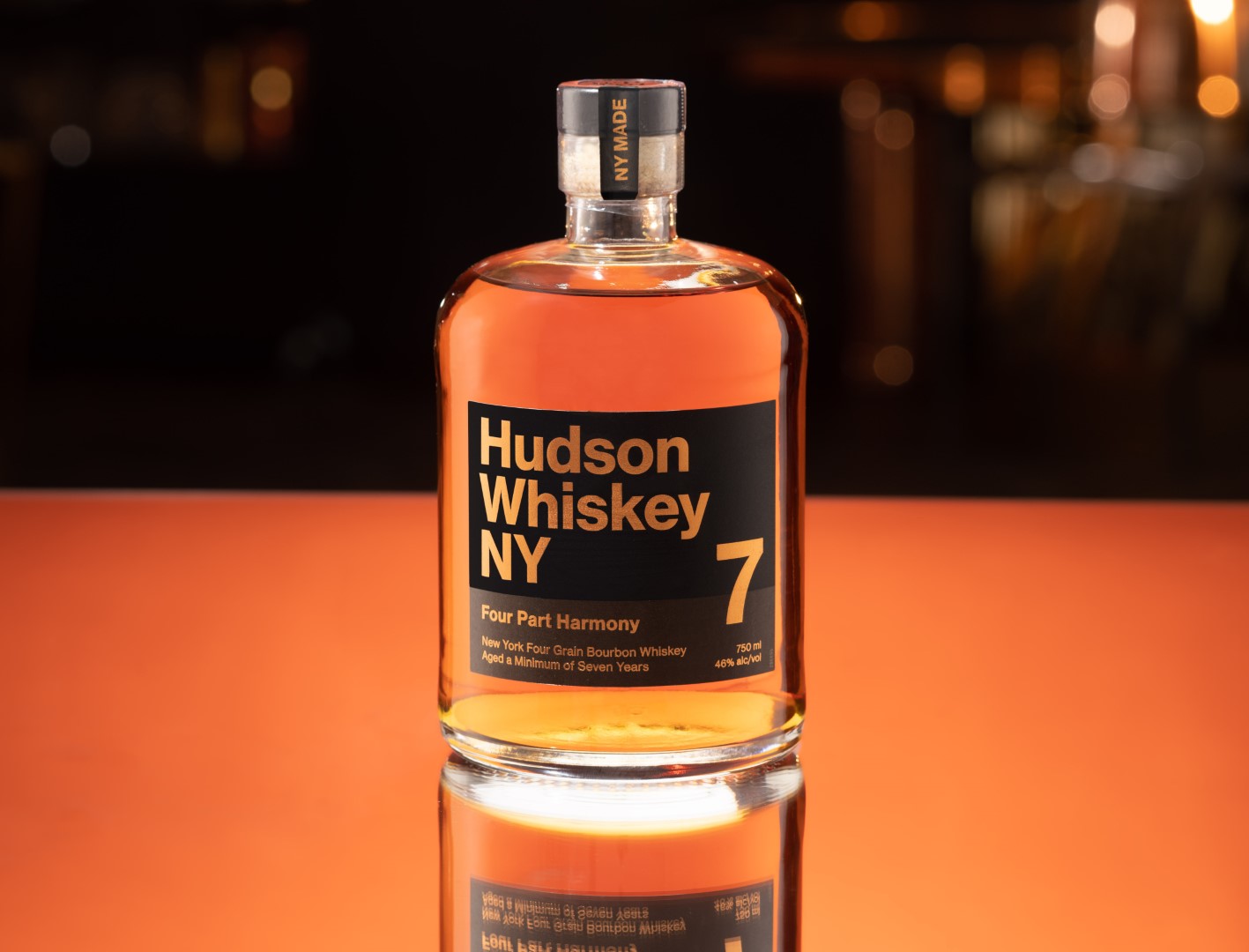 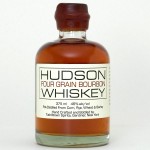