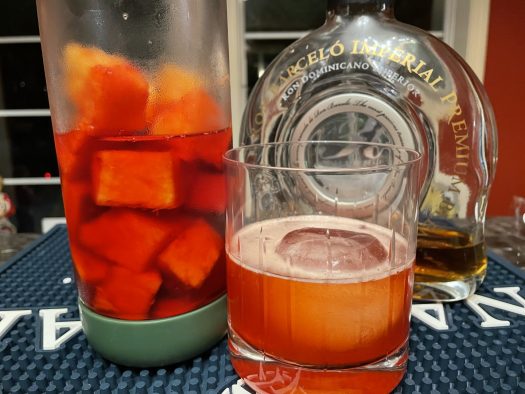 Here’s another fun cocktail featured in Garden & Gun, by way of Chattanooga’s Unknown Caller. The Jungle Witch is a spin on the Jungle Bird, and while it will require a bit of prep on your end, the end result is worth it. The secret is found in infusing Campari with pineapple, an idea which doesn’t immediately sound like it makes sense but which turns out to deliver the goods. You’ll also need to make a cinnamon syrup, though in my analysis this is far less critical than the pineapple-Campari combo.

As for the absinthe spritz as the finishing touch, this will be a matter of taste for the drinker. Might I suggest whipping up two and trying it both ways? I might. Enjoy.

Shake first 4 ingredients in a cocktail shaker with ice and strain into a rocks glass of a large, fresh cube. Spritz absinthe over the top and garnish, if desired, with pineapple fronds.

To make pineapple-infused Campari
Cube one pineapple into chunks and place into a container with 750ml of Campari. Refrigerate 48 hours, then strain out pineapple. Will keep unrefrigerated for 6 months.

To make cinnamon syrup
Boil 1 cup water, 1 cup sugar, and 5 cinnamon sticks until sugar has dissolved. After cooling, remove sticks and bottle syrup. Will keep refrigerated for a month. 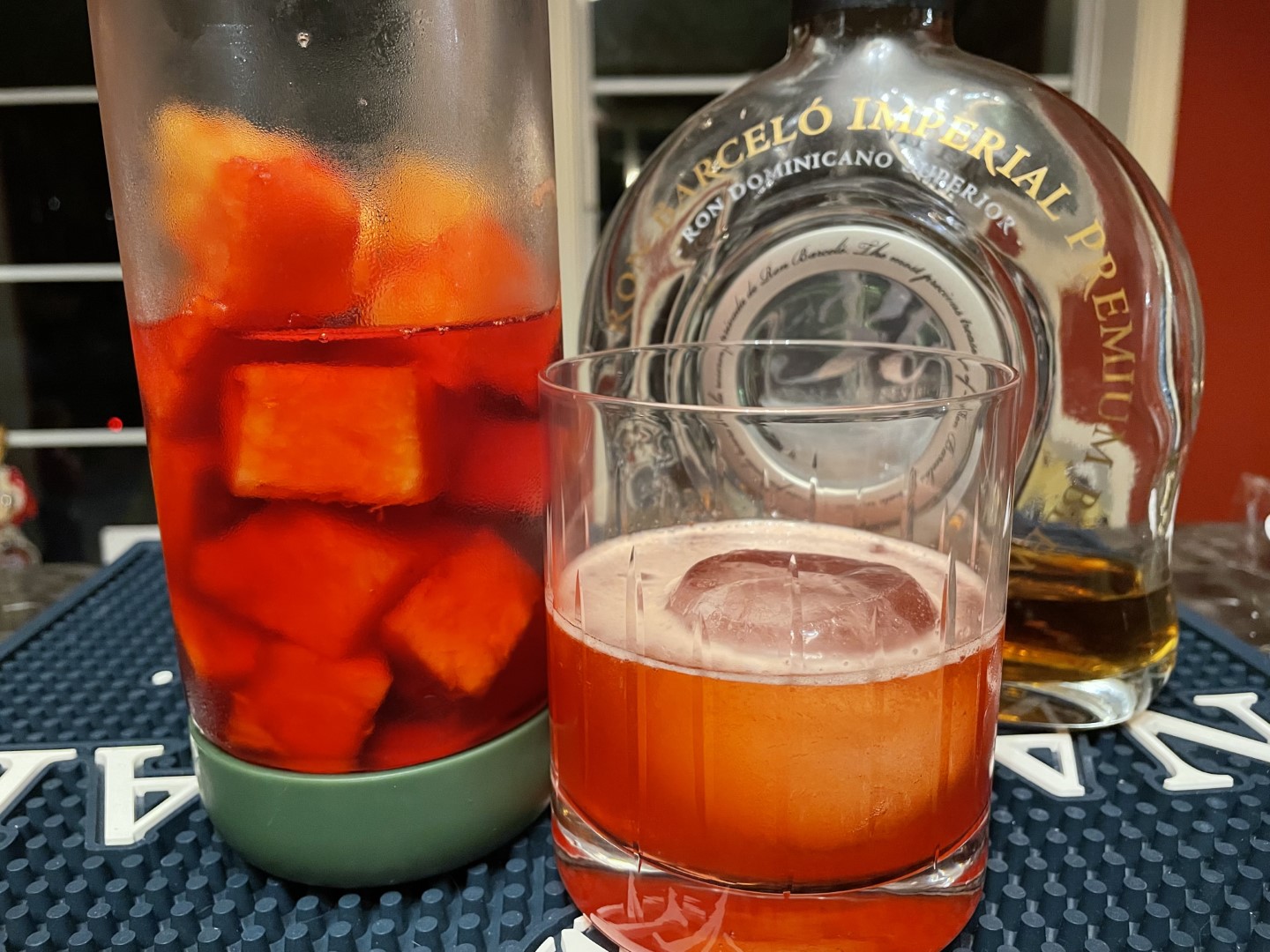