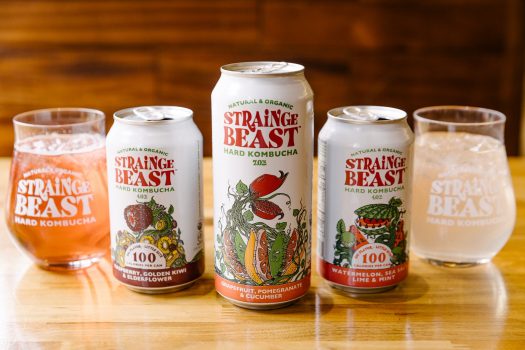 Strainge Beast is the hard kombucha spinoff of California’s Sierra Nevada, and the product is available in (at least) 6 flavored versions, at two different abvs. The standard version of the product, available in 16 oz cans, is canned at 7% abv. The newly released “light” version is just 4% abv and comes in 12 oz cans that pack a mere 100 calories each.

Let’s start with the members of the mainline:

Strainge Beast Hard Kombucha Passion Fruit, Hops & Blood Orange – Quite tart, the citrusy blood orange dominating up top — until a brooding bitterness muscles its way into the picture. The finish sees the fruit evaporating as a general muddiness becomes evident, though the two elements eventually make their way to a fitful sense of balance. 7% abv. C+ [BUY IT NOW FROM TOTAL WINE]

Strainge Beast Hard Kombucha Grapefruit, Pomegranate & Cucumber – You lost me at cucumber, and sure enough this sparkler offers an intense vegetal character that completely erases the pomegranate, and allows the grapefruit to show up only as peel. Brooding and muddy. 7% abv. C-

Strainge Beast Hard Kombucha Ginger, Lemon & Hibiscus – A winning combination of spicy ginger, sour lemon, and fresh florals, all of which come through clearly on the tongue. The sourness of the lemon is a bit much here, but this is a kombucha after all, so one shouldn’t come in expecting to be hit with a can of sweetened soda. The bright ginger notes are carefully balanced by the floral, slightly fruity hibiscus, the finish offering a cleansing zippiness. 7% abv. B+

Strainge Beast Hard Kombucha Blueberry, Acai & Sweet Basil – Jammed full of superfoods, this kombucha seems like it should be a spicy-fruity delight, but the actual impact is somewhat savory and more vinegary than expected, the blueberry element present almost as an afterthought on the finish. I don’t catch the basil character at all, but that might be a good thing. 7% abv. B

And now the new 100 calorie options:

Strainge Beast Hard Kombucha Raspberry, Golden Kiwi & Elderflower – Raspberry is primarily evident on the nose, the elderflower more clearly effusive on the palate. Just barely sweetened, it sits fairly flat on the tongue as the raspberry, taking on a somewhat vinegary texture, takes over. 4% abv. B

Strainge Beast Hard Kombucha Watermelon, Sea Salt, Lime & Mint – None of the ingredients makes much of an impact here, the watermelon feeling awfully watery, almost like kiwi at times. The slightly salty element sounds like it might make for a fun foil, but it adds virtually nothing to a beverage that ultimately finishes with all the excitement of spa water. 4% abv. D

all versions are about $14 per six pack / straingebeast.com 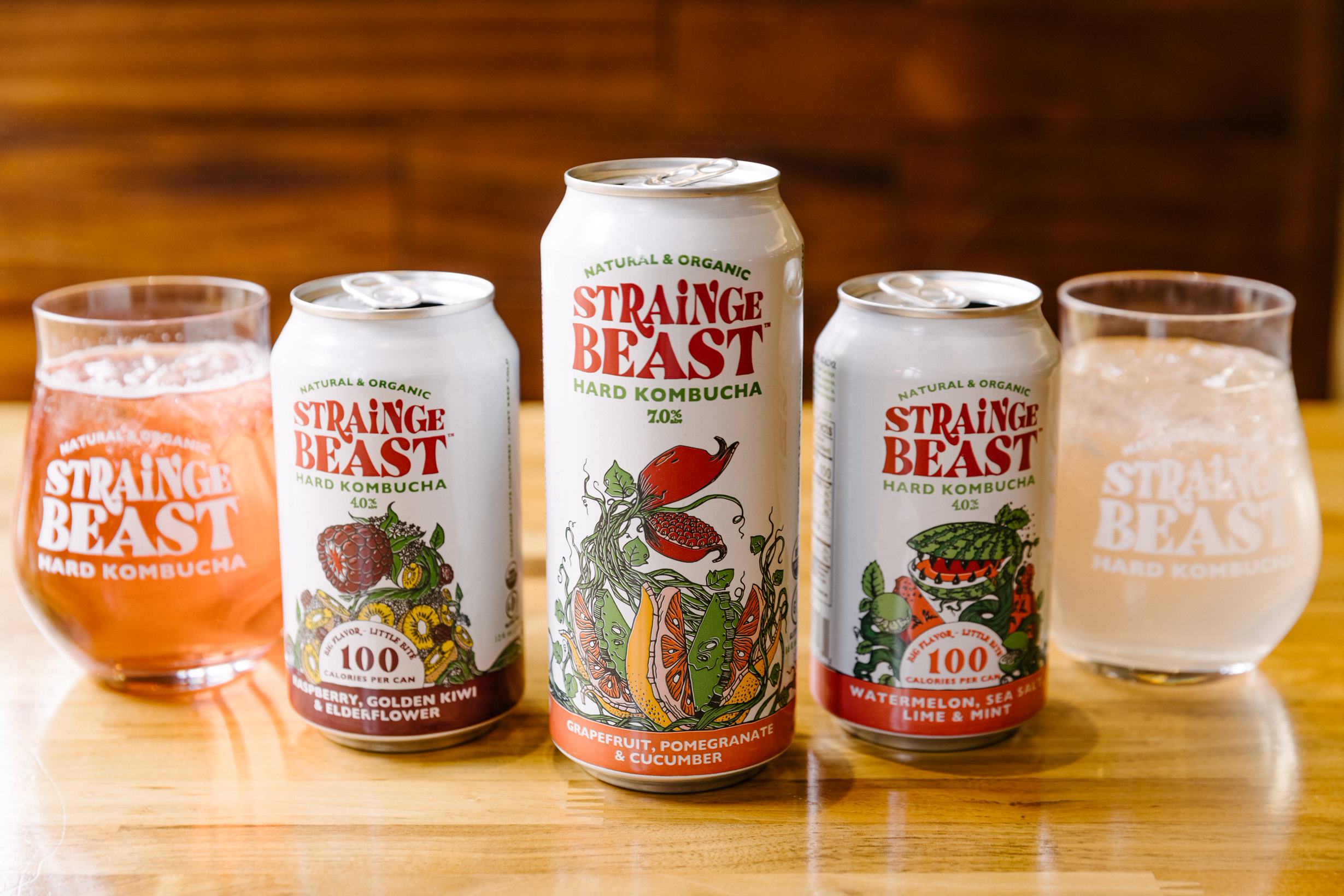 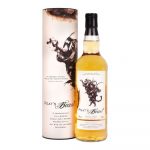 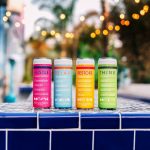