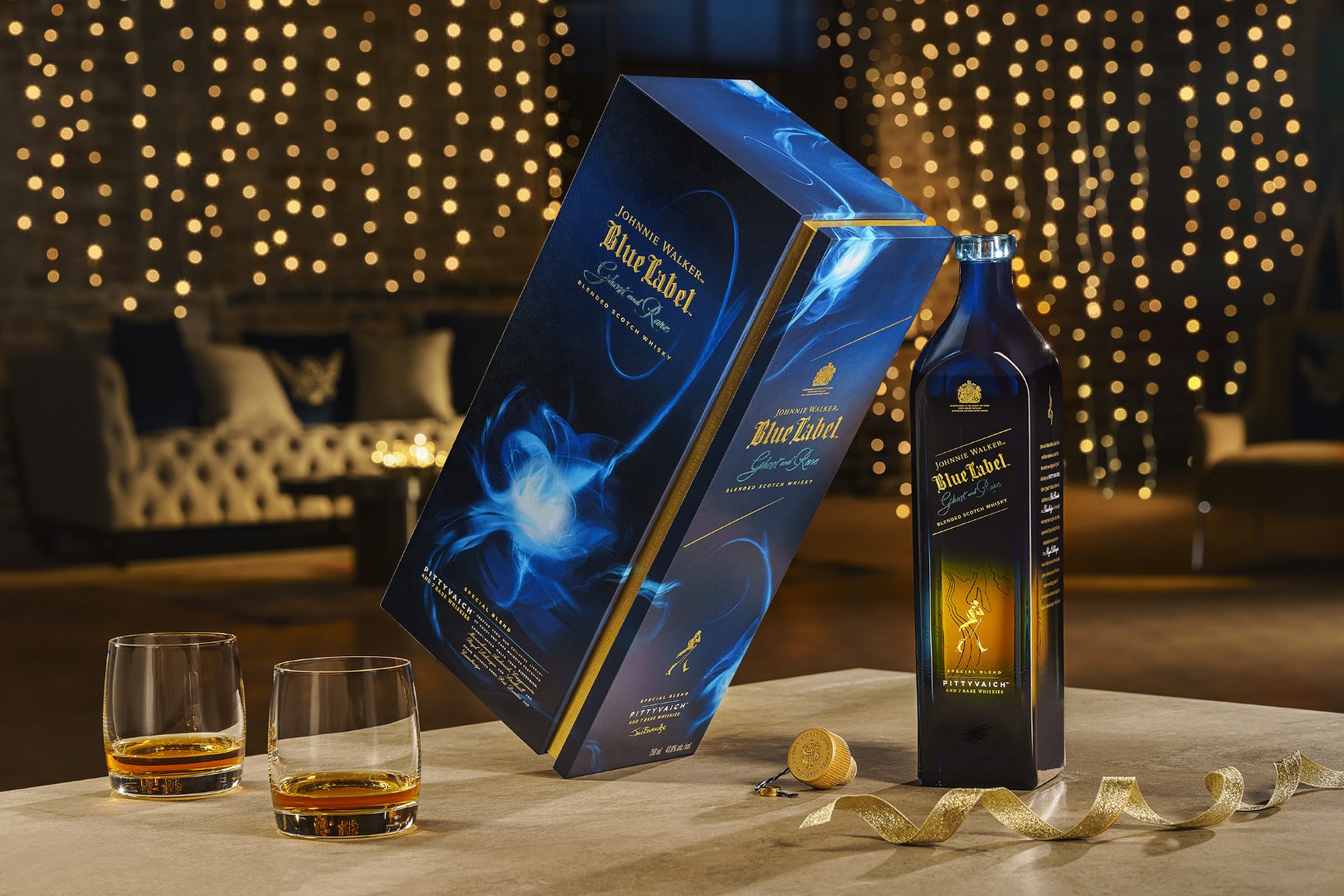 The Jonnie Walker Blue Label Ghost and Rare series continues with this fourth installment, Johnnie Walker Blue Label Ghost & Rare Pittyvaich. As with the prior Ghost and Rare releases, this limited edition is blended with “irreplaceable ‘ghost whiskies’ from Scotch whisky distilleries that have long since closed.” The centerpiece of this one is Speyside’s Pittyvaich, which closed its doors in 1993.

In addition to Pittyvaich, other ghost whiskies in the blend include whiskies from Port Dundas and Carsebridge. Rounding out the blend are rarities from (operating) distilleries in Speyside: Mannochmore, Auchroisk, Cragganmore, and Strathmill, plus the Highland whisky of Royal Lochnagar.

We received a small sample to check out, so let’s dive in.

A richer, bolder whisky than the standard Blue Label, the nose of the new Ghost and Rare is initially huge with notes of caramel and chestnuts, before fading into a barrel char-forward character that evokes plenty of wood plus a big, beefy element that feels a bit daunting to contend with. All of this evaporates on the palate, where a lively butterscotch character quickly emerges, balanced by elements of green herbs, a pinch of powdered cloves, and a racy gunpowder note. There’s a significant vein of savoriness that runs throughout the whisky, something which I don’t immediately associate with Pittyvaich but which could easily be driven by any of the other distilleries in the mix. It makes for a bit of a yin-yang experience, bouncing between sweeter and more brooding characteristics until settling, fitfully, somewhere in the middle. It’s not my favorite Ghost and Rare to date, but it has plenty of charms on display all the same.