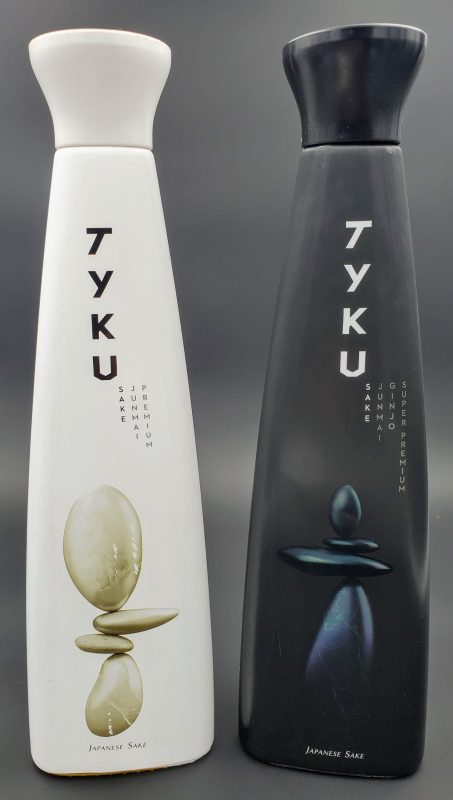 It’s been seven years since we last reviewed Tyku’s (no longer Ty Ku) line of sake, and it’s high time for a refresh. Tyku, made by Nara prefecture’s Umenoyada Brewery, is one of the largest and easiest to find brands of premium-grade sake in the United States. While Umenoyada is well known for their sweet yuzu liqueur and produces coconut and cucumber flavored sake for Tyku, it’s two of Tyku’s unflavored sakes that we will be tasting today. They are now known by their official categories rather than being named by the color of the bottle.

Tyku Junmai (white bottle, previously silver) features aromatics that are part sweet and grainy, not unlike malt or honey bread, and part ripe banana. The winter squash descriptor from the 2014 review remains accurate. Unfortunately it is a bit basic on the palate, with only modest levels of umami and acidity. The flavor intensity isn’t subdued, nor is it as potent as I’d like to see. Overall, the sake is pleasant but too polite. I wish Tyku pushed this one further; conceivably a Genshu (undiluted) variant would fare better. B / $23 per 720ml bottle [BUY IT NOW FROM DRIZLY]

Tyku Junmai Ginjo (black bottle) drops the sweet grain and banana of the Junmai for classic Ginjo flavors of melon and pear. However, overall aromatic and flavor intensity takes a hit. Fortunately there’s enough sweet melon flavor on the finish to save it from tasting bland. Like the Junmai, what’s here is good but the sake tastes too simple and too gentle. C+ / $29 per 720ml bottle [BUY IT NOW FROM DRIZLY]

All said, I believe that Tyku is onto something but doesn’t take enough risks. Give us more structure, more flavor, and Genshu variants for a start. Perhaps a strong, tangy Yamahai marketed as a good sake to serve warm would add diversity to the brand’s lineup. 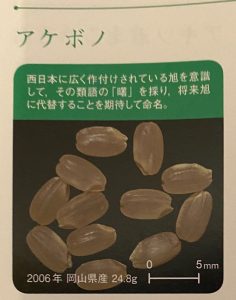 One other detail: Tyku makes sake from two different rice varieties: Yamada Nishiki, the classic rice for Ginjo-style sake, and the little known Akebono. After some research I discovered that Akebono lacks a well-defined shinpaku (notice the lack of an opaque starchy center in the photo at right), which defines it as a table rice variety. However, Tyku calls Akebono “premium sake rice” on its Junmai bottle and website.

The comment received from Tyku’s PR company was: “the perception here in the States is that table rice, when it comes to producing sake, has a certain negative connotation, when it actually is known to produce very distinguished sake. The brewers at Tyku use a few different styles of rice and sakimai (sake rice) to produce their award-winning sake, and they’re confident that top-tier sake is made from a combination of different rice varieties.” 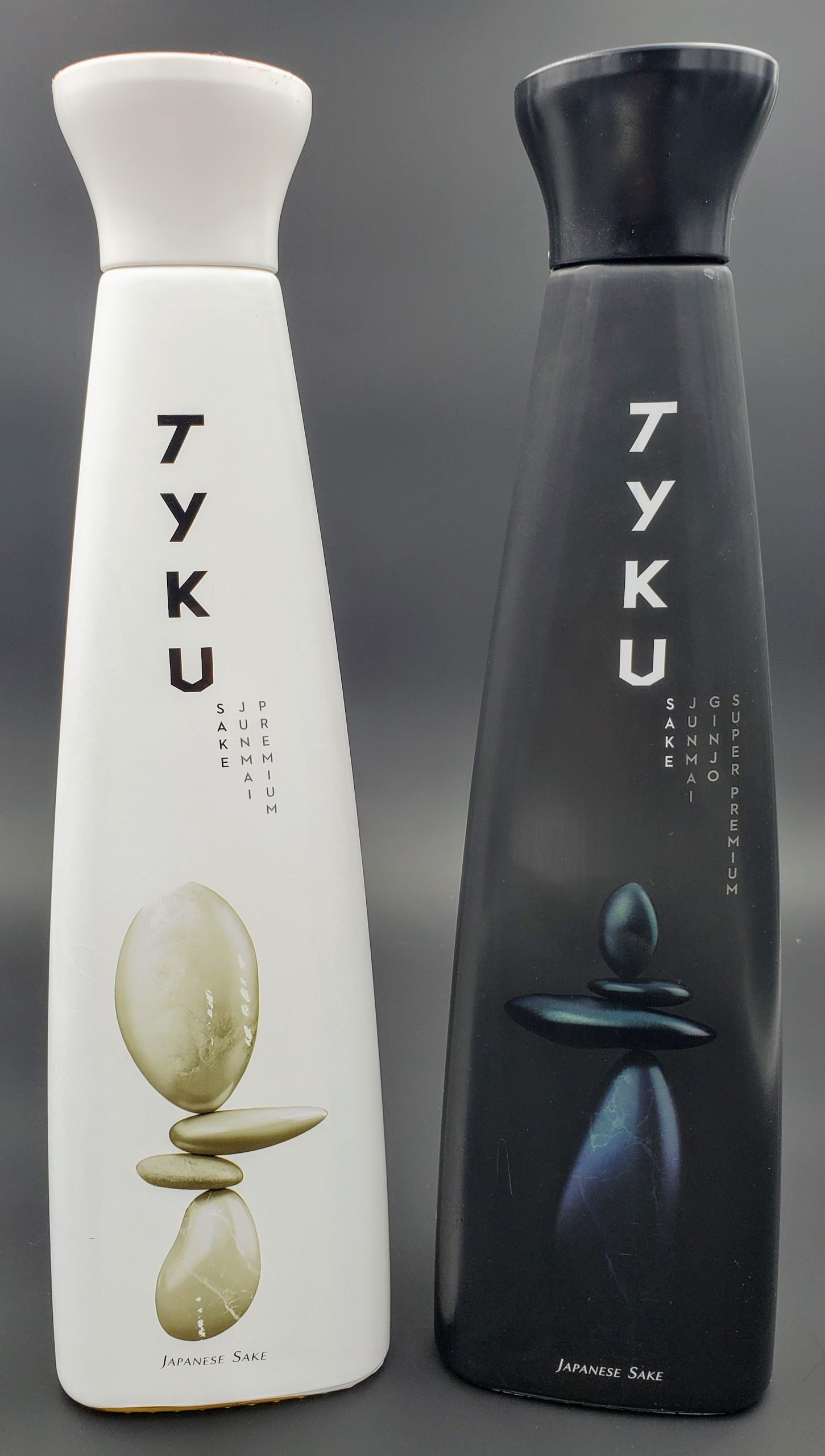