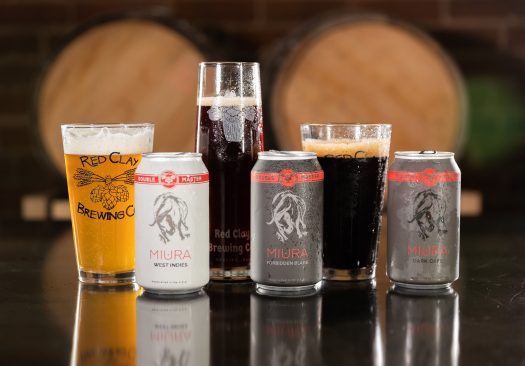 This new trio of “Double Master” beers mark a collaboration between Alabama-based Red Clay Brewing and California’s Miura Vineyards. The partnership isn’t the usual one of pass-it-around barrel aging, as you might expect, but rather of technique, with brewer and winemaker collaborating on ingredients to include in the creation of each beer, each of which is designed to “change the notion of how beer should be perceived.” Sure enough, each of these beers has quite a few exotic components.

Let’s dive in and taste through the trio, each stranger than the next.

Red Clay Brewing Miura West Indies Pale Ale – Made with chocolate imported from the Dominican Republic, then aged in tequila barrels — though clearly not for long. The hops are mild, but the tequila influence is heavier than expected, adding a layer of peppery spice that feels a little out of place. The chocolate influence is gentle, showing itself as more of a brown sugar sweetness on the finish, though again this character is quite restrained — as is the entirety of the experience here, the beer’s body lacking gravitas. The fade-out hints at hops but also a healthy and unexpected dose of lemony citrus. Weird. 6% abv. B-

Red Clay Brewing Miura Forbidden Blade Black Pilsner – Meyer lemons and black “forbidden” rice give this dark brown (not quite black) pilsner its color and character, which is quite a bit milder than you might expect. The rice component is instantly evident on the tongue, which dials down the cracker crisp maltiness that makes a pilsner a pilsner. Meanwhile, there’s a healthy squeeze of citrus here, though it’s not immediately evident as Meyer lemon, percolating on the finish. The whole experience is so mild that it’s hard to find much fault with it, or much to thrill the drinker. And either way, the bold color does mess considerably with one’s expectations. 4% abv. B

Red Clay Brewing Miura Dark Cape Caribbean Stout – Dark stout flavored with Café Baldacci single estate coffee from Puerto Rico, aged in rum barrels. This is probably the most straightforward of the collection, coming off much like a traditional coffee stout, albeit one with, like its forebears, comes across as fairly unsweetened and a bit thin. The rum barrel doesn’t really show up — all the more reason to expect some level of sweetness — the finish offering a darker, earthier, more bitter coffee note. Nonetheless, my favorite in the lineup. 6.5% abv. B 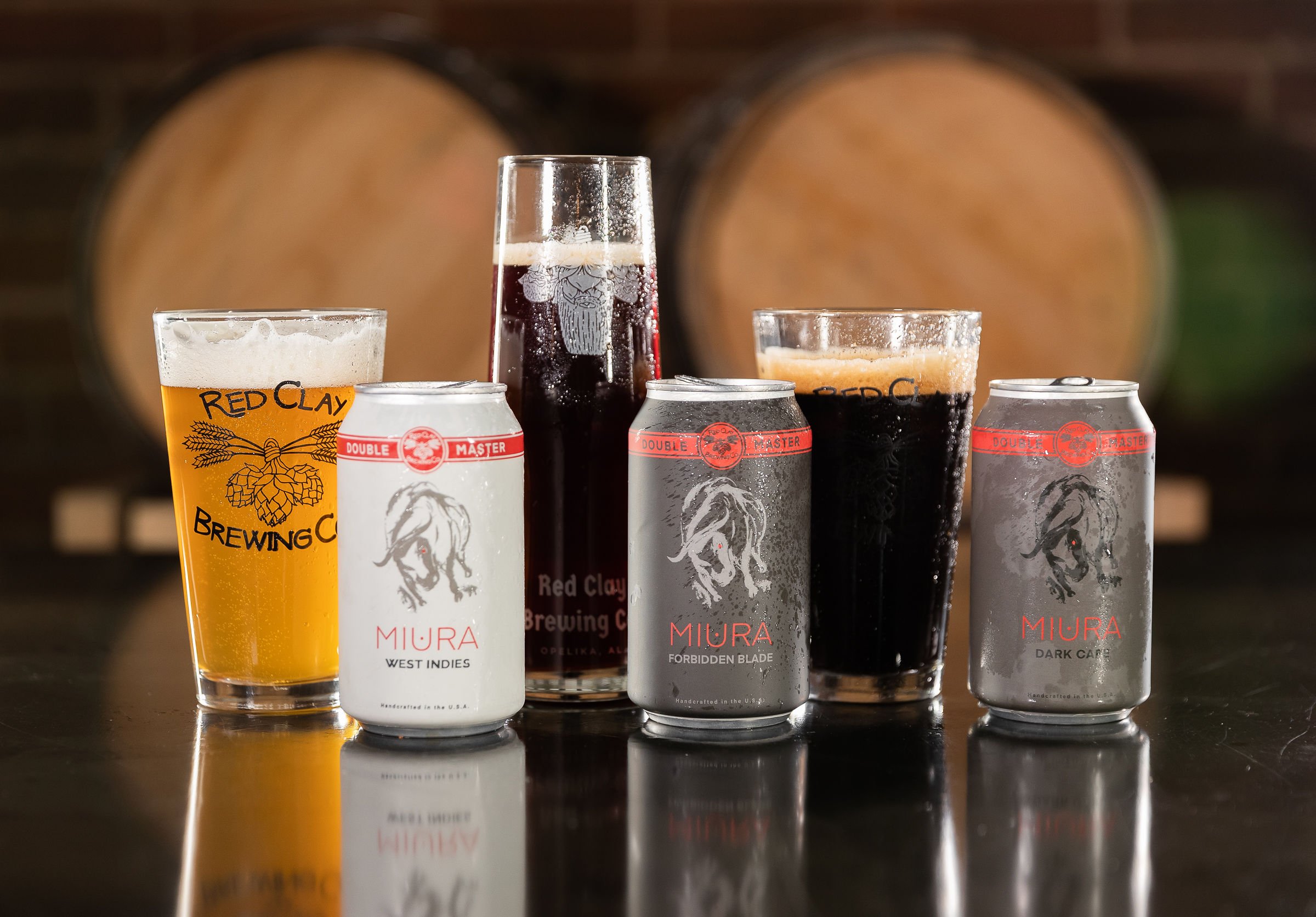