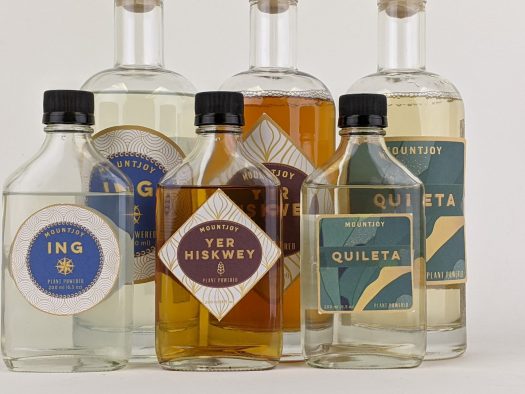 Mountjoy is best known for its CBD-infused seltzers, but its latest endeavor is much different endeavor: Non-alcoholic spirits designed to mimic gin, tequila, and rye whiskey. Each bears an anagrammatic name — and 170mg of CBD per 750ml bottle (or about 10mg CBD per serving). There’s not a whole lot of information about what these are made from — except that they’re “plant powered,” you know, by hemp.

Let’s taste through the lineup.

Mountjoy Ing – This gin clone has a significant lemon/lime note on the nose, reserving its herbal elements — which are significant — for the palate. Here Ing offers a heavy earthy character, not immediately evident as juniper, and plenty of hemp-driven terpenes, which seem to sub in for gin’s herbaceous qualities. Relatively harmless, it’s not a bad addition when added to a stronger mixer — think ginger beer and the like — but it won’t keep a martini afloat. B

Mountjoy Quileta – Blanco tequila gets the NA treatment in a spirit that offers a curious nose that does, vaguely, evoke a real tequila — a sharper lemon note than in Ing, with a peppery, spicy undercurrent. Again the palate takes a wide detour, even earthier than Ing, with strong notes of black pepper and punchy terpenes. It definitely doesn’t evoke tequila on the tongue, but as with Ing it disappears into a mixer fairly easily. B-

Mountjoy Yer Hiskwey – Rye whiskey, in case you aren’t following the theme here. Interesting berry notes on the nose here, alongside some cinnamon spice elements. Again, I wouldn’t peg this as whiskey based on the nose — or the palate, which starts off with a cocoa powder note and elements of cloves before delving into earthy terpene elements as expected. The finish is sweeter than the other two “white spirits” in the portfolio, but you’ll be covering all of this up with a mixer anyway. The most bizarre of the trilogy. C+ 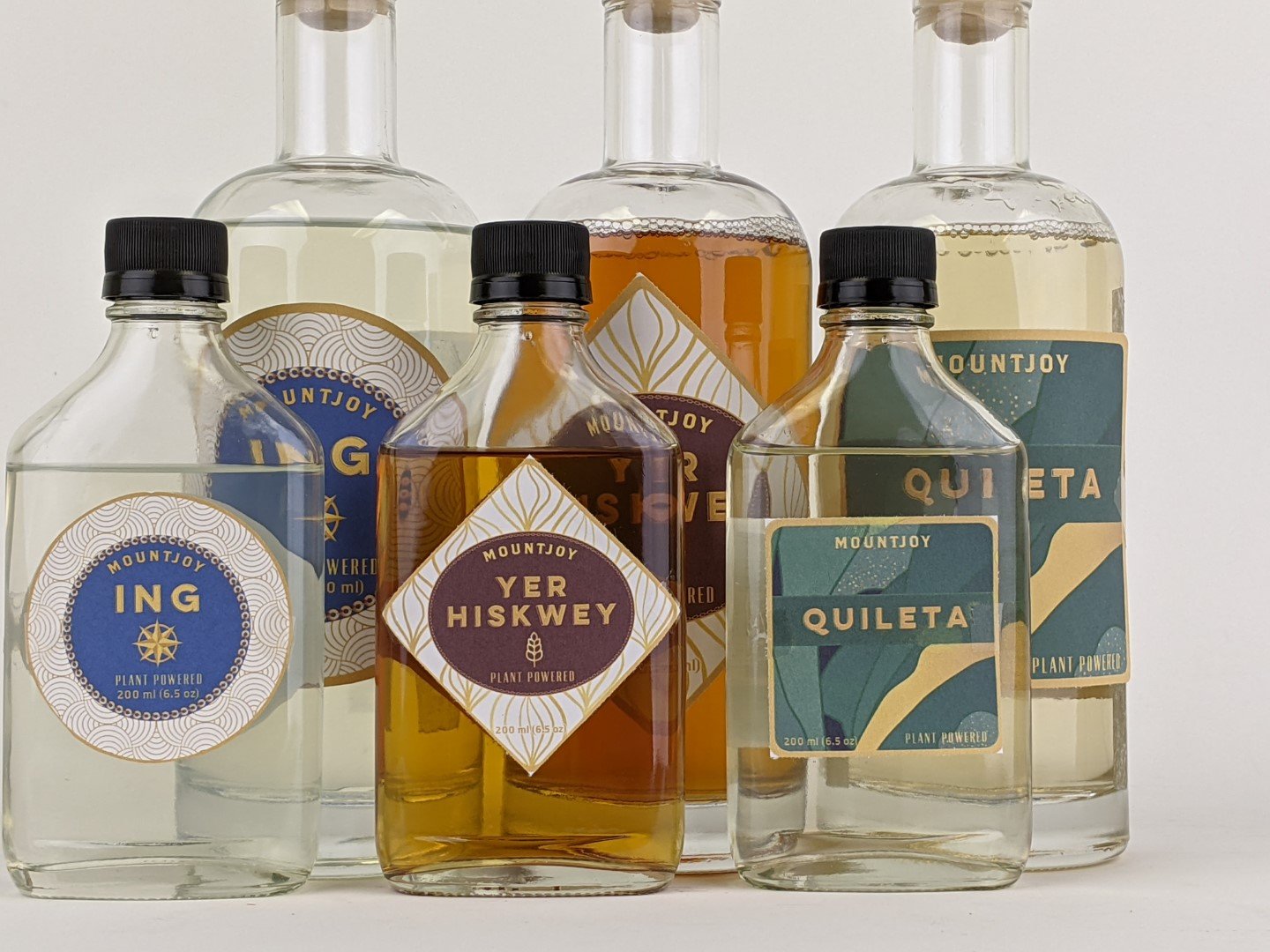