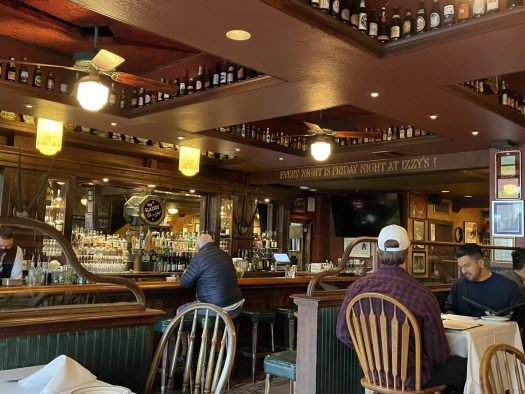 Izzy’s may be foremost a steakhouse, but it’s also got a thriving bar operation that includes seasonal cocktails and — surprisingly — one of the best by-the-glass wine programs in San Francisco. You can enjoy your libations here alongside a slab of beef outdoors in its extensive parklet or at the sizeable indoor bar. Both were packed with patrons on a recent Friday night, where we worked our way through the entirety of Izzy’s summer cocktail menu — which is being held over for another few months, should you find yourself venturing into SF’s Marina District one of these evenings. 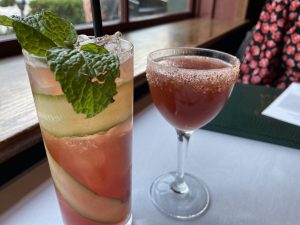 The menu includes the usual classics — martini, Manhattan, sazerac — the lattermost of which is the drink to get here if you’re looking for something tried and true. Its blend of rye and Cognac, with a subtle Herbsaint rinse, is as good as I’ve had anywhere else. On the seasonal menu of seven additional drinks, I can enthusiastically name two as my favorites. The Pluma Rosa takes blanco tequila, mezcal, Ancho Reyes, strawberry balsamic, and lemon juice, whips it all together and serves it in a coupe with a pink peppercorn salt rim. The combination here may seem busy, but it works beautifully, offering smoke, spice, and fruit all in a well-balanced swirl that gets elevated just so when you get a taste of the pepper/salt rim. All your food groups in one glass! 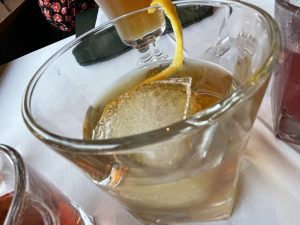 Second prize goes to the Kitty Duvall, a spin on a Manhattan made with rye, Carpano Classico vermouth, orange bitters, and Le Verger Terroir liqueur. I had to look up that last ingredient, which I found out was a French liqueur made from Calvados apple juice, peaches, cherries, and cinnamon. What a new direction it takes the cocktail, the apple emerging in prominence as the ice melts in the glass. For dessert, you might save room for an (off the menu) Fernet Negroni or the (on the menu) Hot Spiced Apple Cider, which is exactly what it sounds like — made with apple juice, ginger, mulling spices, and applejack, served warm. Yes, this is a summer cocktail menu, but remember this is summer in San Francisco, where it was 62 degrees before sundown the night we dined there.

Izzy’s was kind enough to serve us dinner as well; I found the filet mignon to be a better pick than the prime rib, though you’ll find a ton of beef (and other meat-centric) options on the menu. Don’t miss the Izzy’s own potatoes (scalloped style) for one of your sides — and grab a selection from the California-heavy wine list. By the glass selections include such impressive offerings as Pride Mountain cabernet, Peay pinot noir (sold out tonight), and the Hourglass HG III blend. In a world where so many by-the-glass wine lists make it hard to find anything worth ordering, Izzy’s list is one that’s hard to go wrong with.

As a final note, I was also impressed with the impeccable service, which was friendly and not at all fussy, which can be the norm at many steakhouse experiences. Arrive early, and preferably hungry — though if you just want a cocktail or two, you surely won’t be shown to the door. 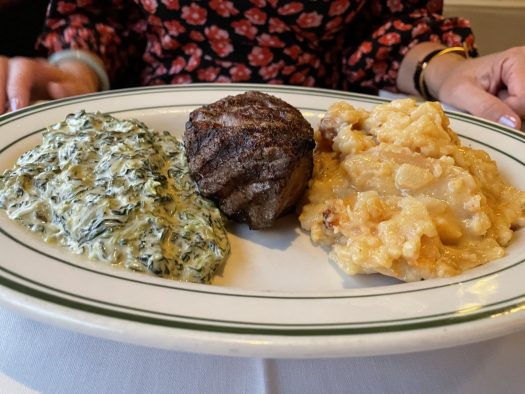 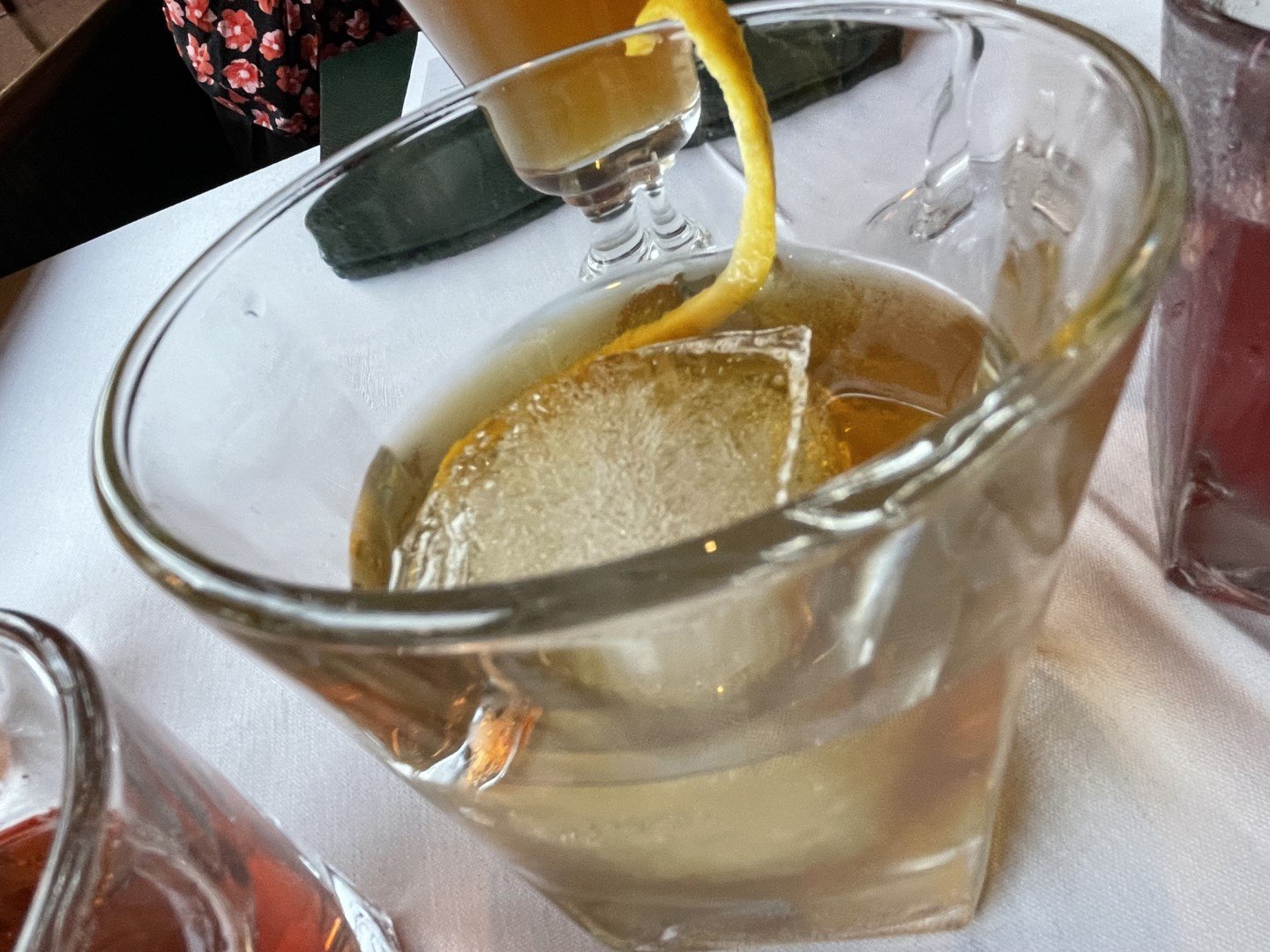