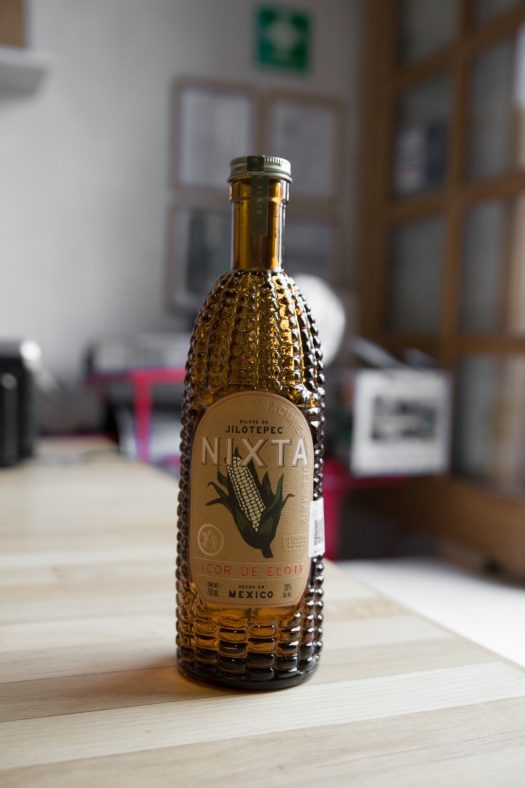 What’s elote? It’s grilled Mexican street corn. What then is licor de elote? Why, it’s a liqueur made from — and intended to taste like — corn.

Nixta Licor De Elote comes to us from the folks at Destilería y Bodega Abasolo, the Mexican distillery that makes Abasolo Whisky out of 100% Cacahuazintle corn. Nixta starts with the same base spirit, but from there things diverge:

After experimenting with Abasolo’s clear, unaged base the distillers discovered that they could produce a velvety liqueur that reflected the purest flavor of corn. Nixta starts with a blend of ancestral Cacahuazintle maíz, harvested during a very short season from the high valleys and foothills of the Nevado de Toluca volcano. Half of the batch is roasted, while the second half is kept in its raw, tender state. The mix is then macerated in the raw distillate, after which it is combined with the “base madre,” a blend of nixtamalized Cacahuazintle corn, water and piloncillo, a form of unrefined cane sugar traditional to Mexico and Latin America.

Like Abasolo Whisky, Nixta utilizes an ancient process to unlock the full flavor potential of its corn. After harvest, the Cacahuazintle kernels undergo nixtamalization, 4,000-year-old Mesoamerican culinary process in which the corn is soaked and cooked in an alkaline solution (usually limewater) to make it more pliable and unlock the full potential of the non-GMO, sustainably grown kernels, which contain higher starch and less fat content than common varieties.

So, what does a corn liqueur taste like? Well, corn. The nose is heavy with roasted corn notes — not popcorn — lightly smoky and gently sweetened with a note of marshmallow. On the palate, that roasted, slightly charred corn character diverges toward kettle corn a bit, thanks to the inclusion of a moderate amount of sugar in the mix, offering a sweet cream note that helps to balance out the intensity of the grain. Sweet and a touch vegetal on the finish, it’s a one-trick pony that will certainly stretch the mind of any armchair mixologist.

The brand suggests a couple of cocktails, which I’m pasting below. I wasn’t provide enough of a sample to try them out; if you do, please post your thoughts in the comments. And yes, the bottle is amazing.

Shake ingredients with ice and serve on the rocks. 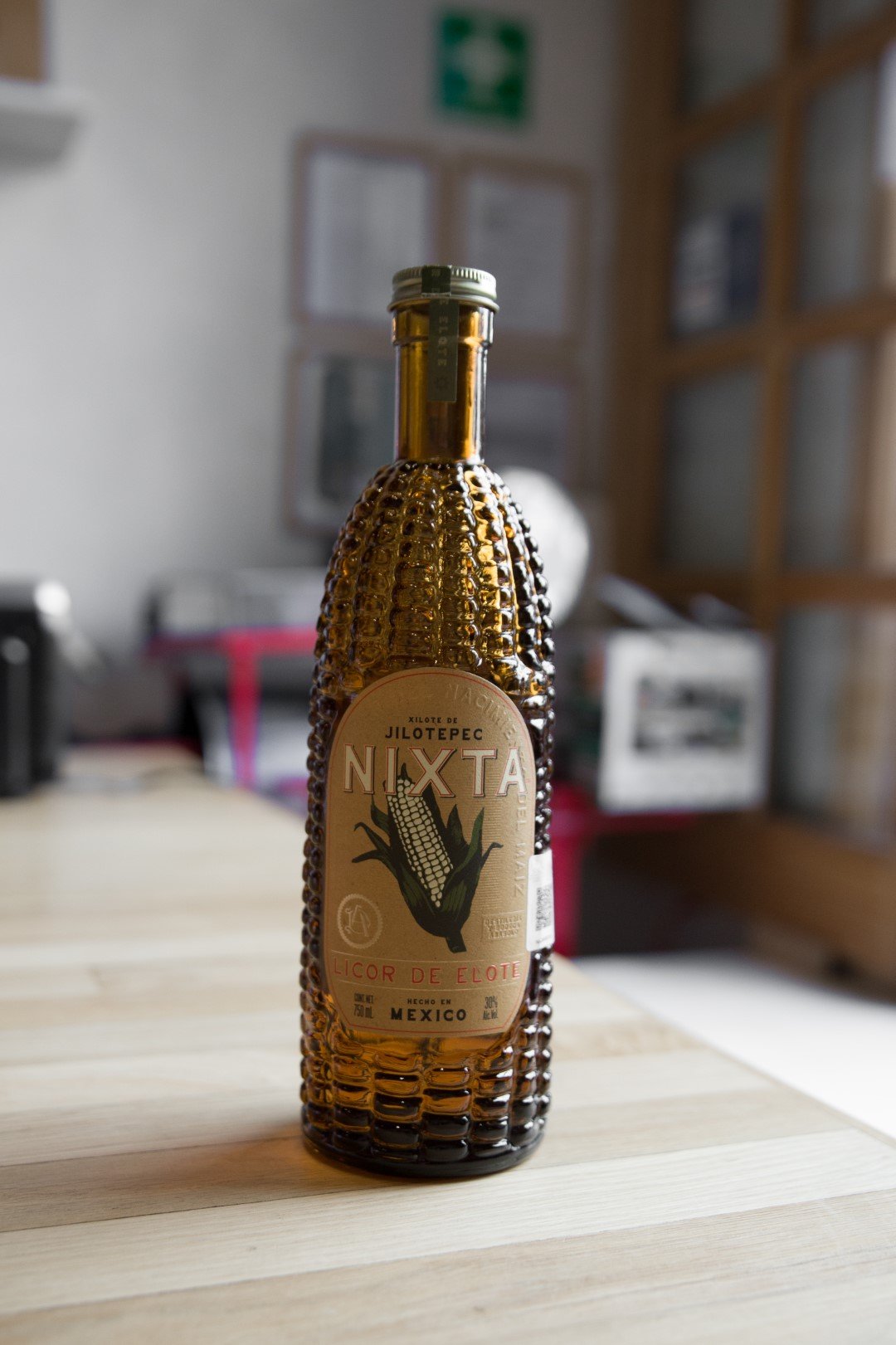