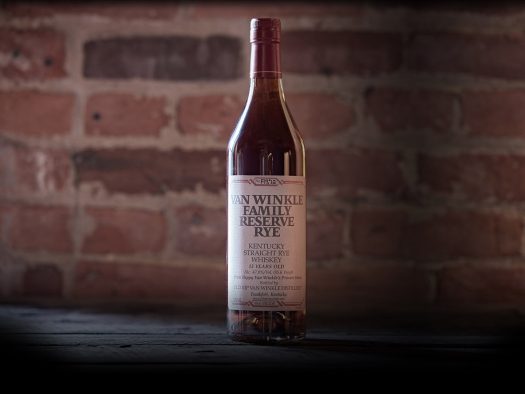 Julian Van Winkle III, by all accounts the godfather of today’s bourbon hysteria, put the family name on more than just bourbon. While the annual 15-, 20-, and 23-year-old bourbon releases are some of his most sought-after inventions, a slightly lesser known, but no less coveted, rye whiskey sits among the “Pappy” lineup. The Van Winkle Family Reserve Rye 13 Years Old first appeared in 1997, back when Julian was bottling sourced whiskey from his family’s former distillery, Stitzel-Weller, and other undisclosed, now shuttered distilleries. According to well-reasoned rumor online, the Van Winkle Family Reserve Rye bottled between 1997 and 2016 was some mix of rye produced by Cream of Kentucky and/or Medley Distillery. Some Buffalo Trace-produced rye may have found its way into that blend as early as 2012, after Julian signed on with the distillery to produce the Pappy line going forward. It’s also reasonably assumed that the pre-2016 releases contained whiskey as old as 19 years, despite the age statement on the label, all of which was tanked in the early 2000s to arrest the effects of barrel aging. If you are lucky enough to be sitting on one of these pre-Buffalo Trace bottlings, you can discern the many possibilities online yourself using the batch code on the label. A friend shared his bottle with me recently, and I couldn’t help but commit my affection for this one to words.

The aroma is exotically spiced with dried lavender and sandalwood, unlike any typical “rye spice” out there. It’s rich and soulful, but still delicate. Clove syrup and cherry candies arrive as it opens in the glass, with the barrel offering a more rustic counterpoint of damp oak and toasty gingerbread. Gentle, dark spices appear first on the palate – cinnamon stick and grated nutmeg and dried clove – followed by a bit of pink peppercorn heat, fantastically mild but still intensely warming. Sweeter, fruitier notes arrive mid-palate with cocktail cherries and candy apple that quickly become more tropical and exotic – peach and pineapple and even some melon. The finish is lengthy and mildly spiced, lingering with a mélange of fruit, seasoned oak, and a dusting of cocoa powder. Sublime. I haven’t tasted the more recent, all-Trace version of this rye, but given the age and actual rarity of the whiskey in this blend, I can say with near certainty that they just don’t make them like this anymore. And probably never will again. 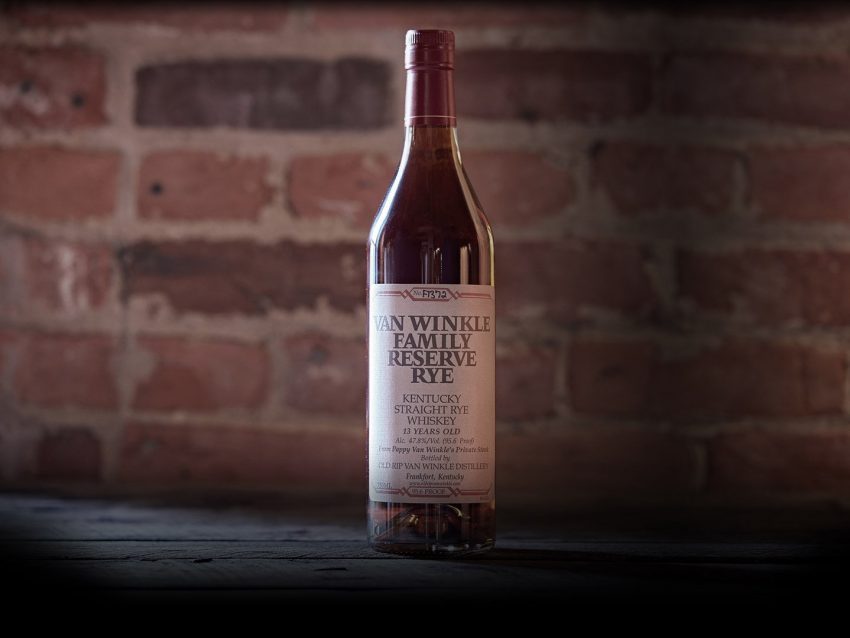