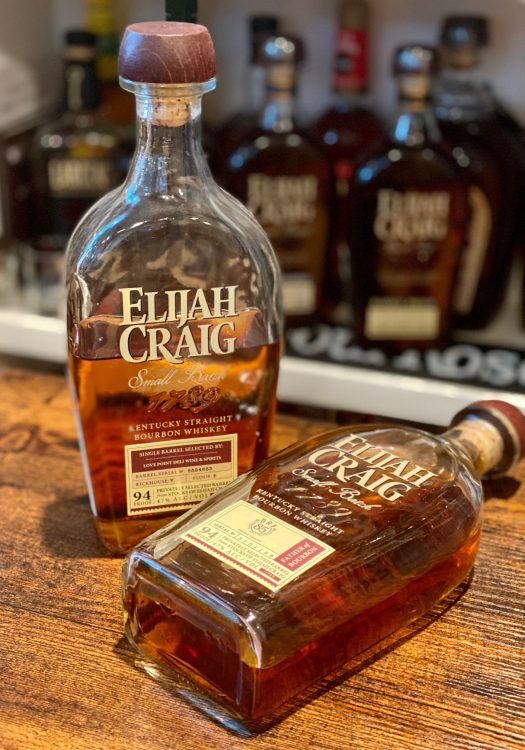 We’ve covered a lot of private barrel picks over the years, from the likes of Buffalo Trace, Four Roses, and even Jefferson’s, but one brand we haven’t yet sampled a private barrel of is Elijah Craig. Heaven Hill first got into the private barrel game a few years back (with any real seriousness, at least). That was later than most brands due probably to a legitimate shortage of aged stock for their beloved flagship offering. Not long after dropping the 12-year-old age statement, I began to see more and more of these “private selections.” Coincidence? I think not. Heaven Hill wasn’t exactly opening the bourbon flood gates though. The barrels were available only to bars and retailers, and unlike other brands, you could only get them at the standard 94 proof. While that made them less exciting compared to lots of other picks, it at least kept the price right. I grabbed two of these over the years, one from Love Point Deli Wine & Spirits and another from Dry 85, a great bourbon bar in Annapolis, Maryland. Reviews follow.

Elijah Craig Small Batch Bourbon Privately Selected Barrel (Dry 85) – Pretty classic Craig aroma here, although it comes across a little younger than I remember with some cooked grain and matchheads mixed in. Still, there’s enough butterscotch sweetness and spice cabinet notes to keep this one on the pleasant side. The palate is, as expected, full of syrupy brown sugar. This is Craig, after all. That sweetness dominates everything else across the sip such that buttery caramel and toffee with a bit of cinnamon spice is the extent of the experience. There’s not a lot to write home about until the finish arrives with a bit more seasoned oak than is typical with the standard offering, imparting a distinct chocolate chip cookie note. Just unique enough to be a private pick. 94 proof. (Barrel #5701168) B / $35

Elijah Craig Small Batch Bourbon Privately Selected Barrel (Love Point Deli Wine & Spirits) – This aroma is bolder and more nuanced than the Dry 85 pick with a lot more barrel char and cocoa, some chocolate-covered raisin even. This seems older, and it probably is, because I’ve heard some of the more recent picks are approaching 11+ years of age. The palate is again a little one-dimensional, but the sweetness isn’t cloying or overdone. There’s perhaps a bit more baking spice swimming below all that caramel syrup. It’s oily on the tongue with a soft, even heat. No real surprises on the finish, but everything comes together with a nice balance that lingers. Better than the standard offering by a hair, and a great value for a private barrel pick. 94 proof. (Rickhouse V, Floor 5, Barrel #5594653) B+ / $25

Earlier this year, Heaven Hill announced that their private barrels will finally be available to retailers at barrel proof. So, expect the price to go up. Way up. But it should make for a more interesting drinking experience. Stay tuned! 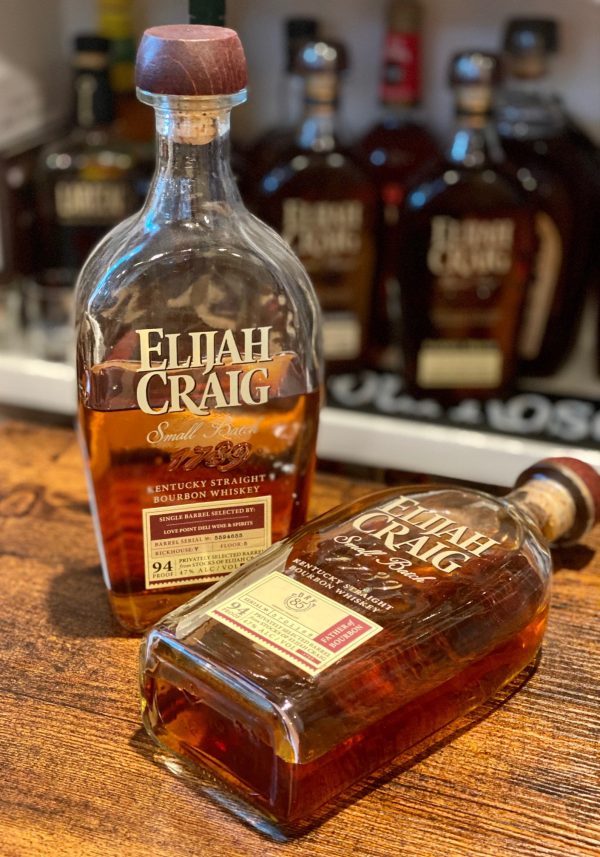