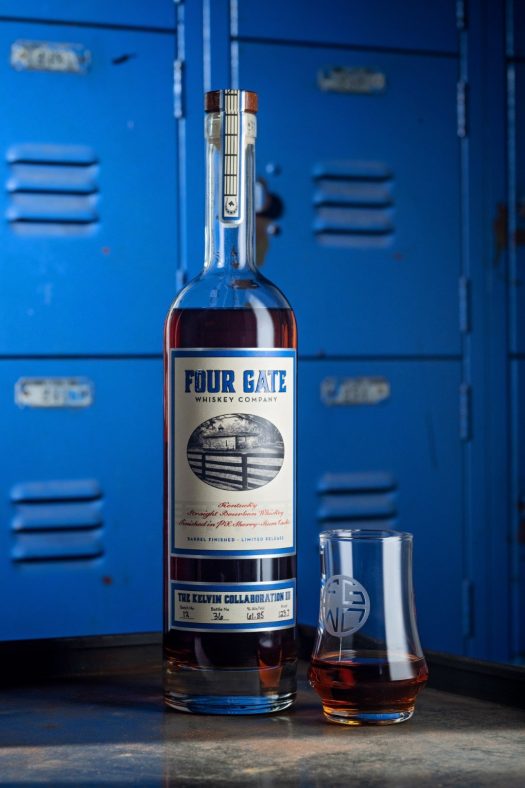 Four Gate continues to crank out whiskeys, and today we’re looking at two new releases — a rye and a bourbon, both quite different — from the Louisville-based operation.

Four Gate Rye Batch 11 Ruby Rye Springs – This is the third representation of the same MGP rye from Four Gate, still 7 years old but finished for 42 days in Ruby Port-Rum casks. What’s a Ruby Port-Rum cask? “The secondary casks originally were originally used to mature ruby Port, a fortified wine from Portugal in which the wine is removed from barrels and stored in tanks to prevent further aging, leaving the resulting product sweeter and brighter on the palate than other styles of port wine. The barrels found a second use with Virago Spirits in Richmond, VA where the barrels were used to age a blend of rums, imparting them with a lush molasses sweetness that pairs excellently with the bright red fruit of the ruby port.” The nose is intense, with a surprising level of lumberyard and matchsticks, plus notes of white pepper and sesame in the mix. I don’t get any hint of either rum or Port here, aside from a curious hint of bubblegum in the mix. The palate is fiery and desperately calls for water, at which point that bubblegum character becomes more prominent, alongside a more approachable milk chocolate note and some spicy, rye bread elements that perk up later in the game. Toasty wood continues to dominate well into the scattered finish, though again no real hint of Port wine emerges. A bit all over the place. 113.4 proof. B / $185

Four Gate Bourbon Batch 12 The Kelvin Collaboration III – Another third iteration, batch 12 follows on Four Gate’s batches 1 and 6 as the third collaboration with Scotland’s Kelvin Cooperage. This one’s a blend of 9- and 12-year old Kentucky Straight Bourbons finished in PX Sherry-Rum casks. (The 9-year Kentucky Straight Bourbon was distilled with a mashbill of 75% corn, 13% rye, and 12% malted barley. The 12-year Kentucky Straight Bourbon mashbill is 74% corn, 18% rye and 8% malted barley. The secondary casks originally were originally used to mature PX sherry, followed by dark rum by Virago Spirits of Richmond, VA before finding their way via Kelvin Cooperage to Four Gate Whiskey Company.) The use of Pedro Ximenez sherry casks really changes the game here, right from the start giving this bourbon an intense nutty character that is definitely driven by the PX cask. Notes of raisin and spice emerge as well, alongside a sultry char character. The palate continues the theme: sweetness, with raisins and spices and Turkish rug shop notes all prominent. There’s room for some cocoa powder and a cinnamon-heavy spice on the finish, along with a light dusting of pepper. Well balanced and lots of fun, it’s a top selection from Four Gate’s lineup to date. 123.7 proof. A- / $199 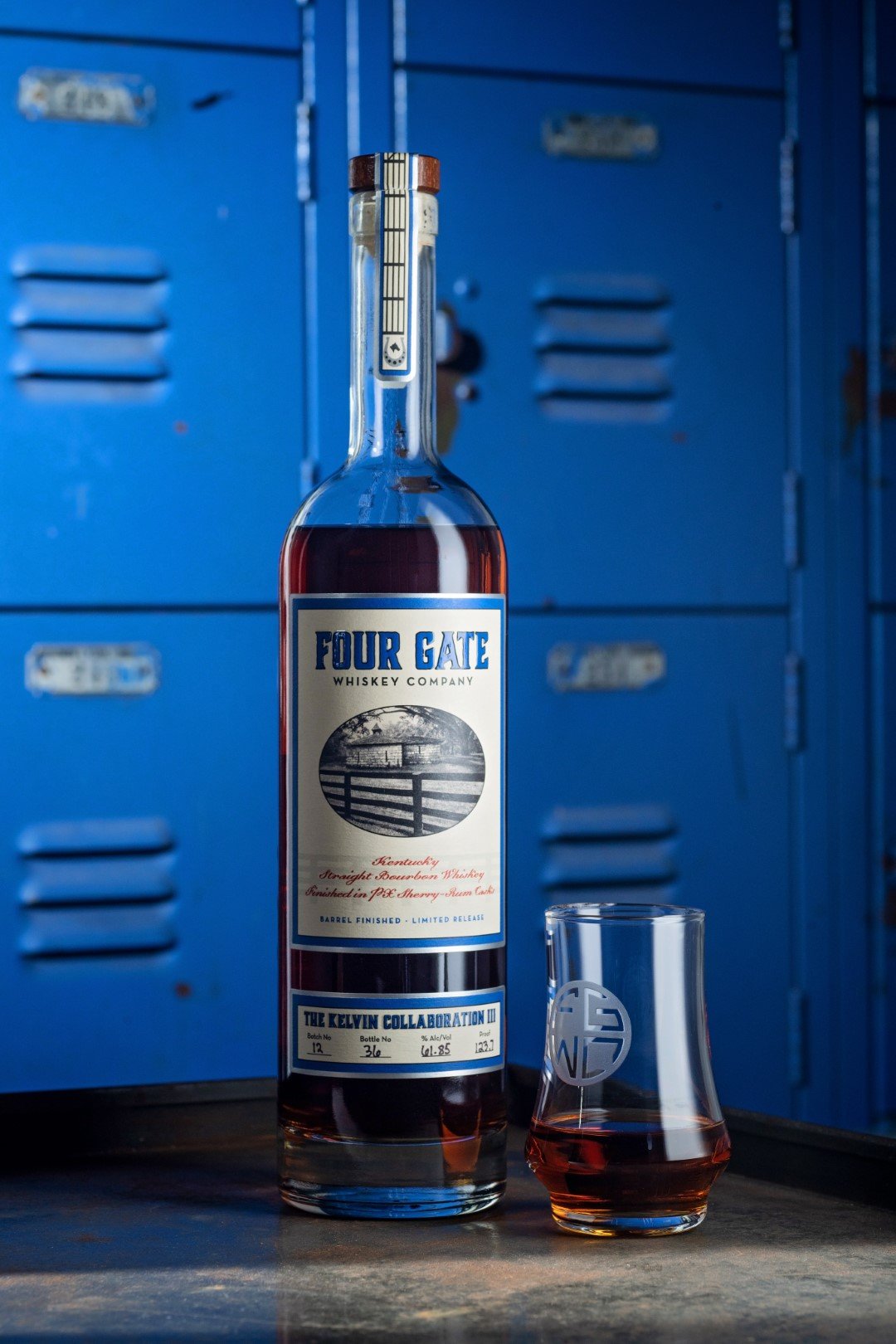