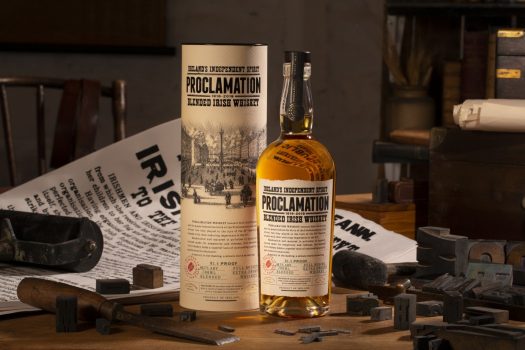 The Proclamation in question is the 1916 order that formally established Ireland’s independence. Naturally a whiskey to celebrate that fact was all but inevitable.

Proclamation, which arrived in the U.S. in late 2020, is owned by Inis Tine Uisce Teoranta (ITUT), a company based in County Mayo. Says the company, “Proclamation was a collaborative effort by leading technical specialists, craftspeople, and spirits professionals to present an original Irish whiskey blend of singular taste and exceptional quality.” It’s a blend of grain and malt whiskeys, triple distilled and aged in American oak, with a touch of sherry-finished malt in the mix. It’s unclear where any of these spirits are produced, or if the recipe is consistent from one batch to the next.

Irish whiskey has a reputation for being innocuous, and Proclamation won’t overwhelmingly change any of those perceptions. Sweet and nutty, with a sort of oatmeal character on the nose, it’s got an initial pungency that feels slightly more aggressive than the typical Irish, with hints of dried pineapple adding nuance. The palate retreats to traditional elements, with notes of sesame, sweet cereal, and toasted bread dominant. A touch of toasted coconut and a slight winey element can be detected, the latter perhaps driven by the “touch of sherry” in the mix. Drying and rather green on the finish, the short conclusion leaves a bit to be desired, though it’s never unpleasant or off-putting. 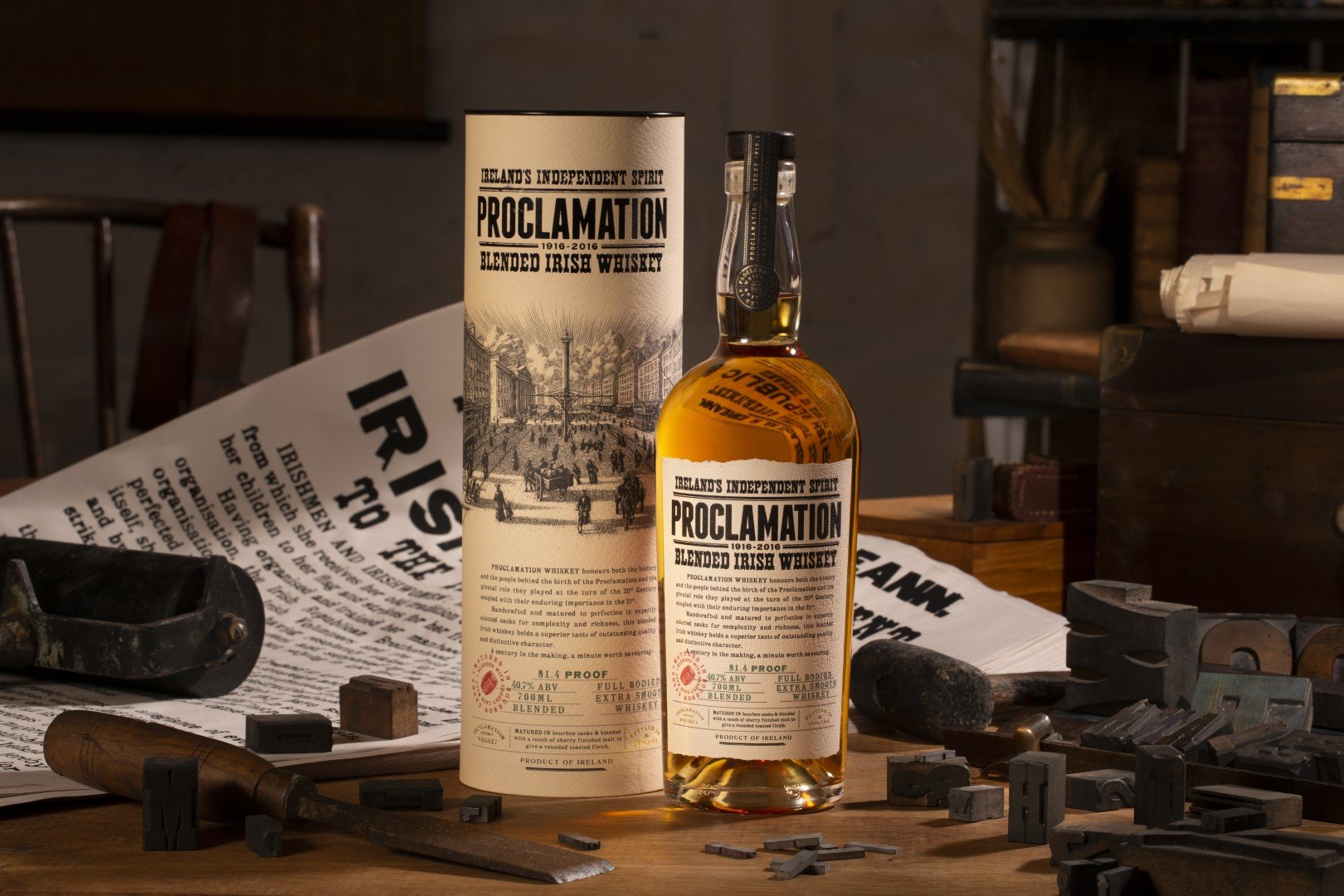 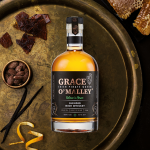