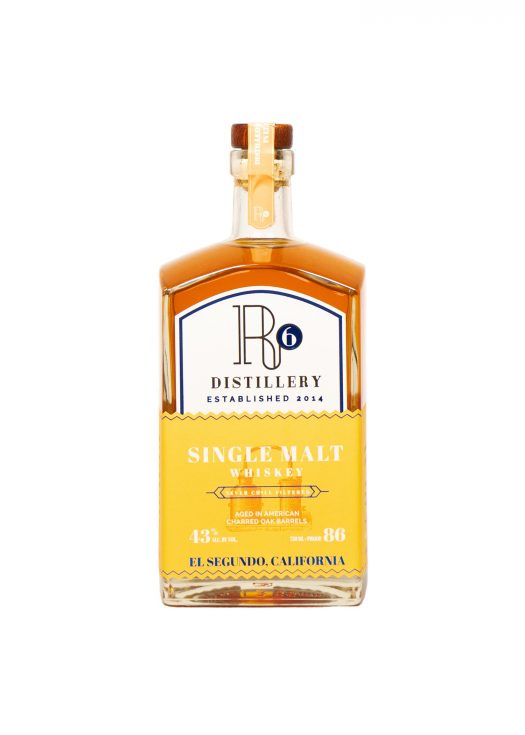 Hit the American whiskey section of any bottle shop and try to find something that isn’t a rye or bourbon. While there are plenty of great choices, seeing the same two categories dominate shelf space can feel monotonous. R6 Distillery in El Segundo, California must have came to the same conclusion, as they have released their second batch of their Single Malt. The mash bill is anything but humdrum:

Crafted with 100% malted grain from a single distillery, this curious whiskey incorporates a European style grain bill with an R6 twist: peated malt, distiller’s malt, chocolate malt, and coffee malt. Rather than separating the chocolate and coffee malt as originally intended, the flavor when brought together was too good to pass up, so the two mashes were combined prior to being distilled and matured in smaller level #3 Charred New American White Oak barrels.

You can tell this is something different the moment you nose it. It’s an odd fusion of smoked salt, charred barbecue, spices like white pepper and paprika, with touches of orange rind and a reposado tequila-like vegetal note. I can’t fault it for lack of complexity, but I’m not convinced these are all aromas that work together. On the palate a honeyed cereal grain flavor resides in the foreground with smoked wood layered beneath it. Regretfully, the finish lacks the polish of a whiskey that’s had more time to mellow in barrel.

I praise R6 for having the courage to produce an innovative whiskey unlike any I have tasted. We have the peated malt typical of scotch blended with specialty malts used in beer production and aged in bourbon’s signature Charred American White Oak. Sounds good, which is why it pains me to say that I did not enjoy the whiskey. I do recommend trying it as I am sure more than one of our readers will love what R6 has done. As for me though, “curious” is the descriptor that best sums up the R6 Single Malt. 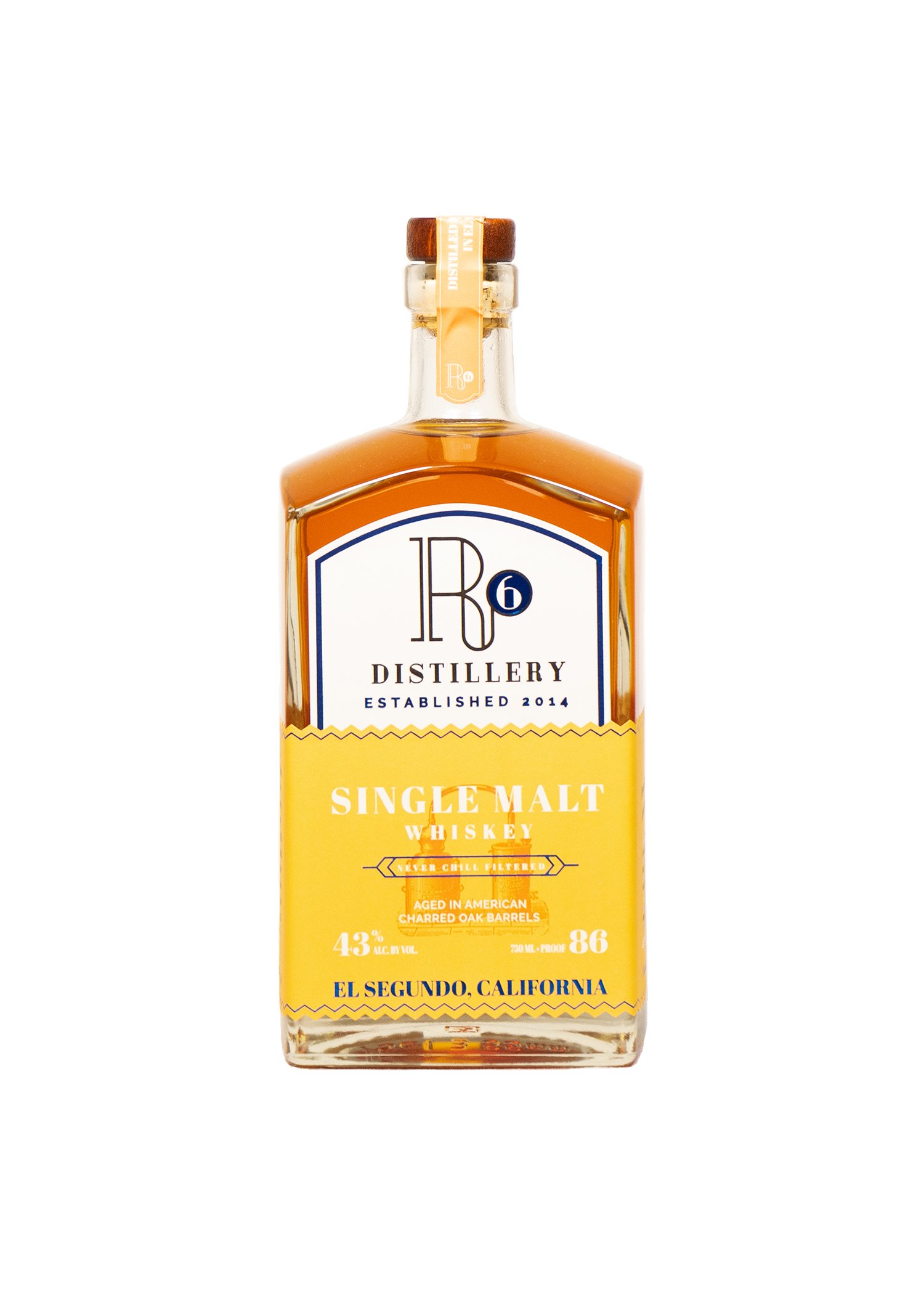