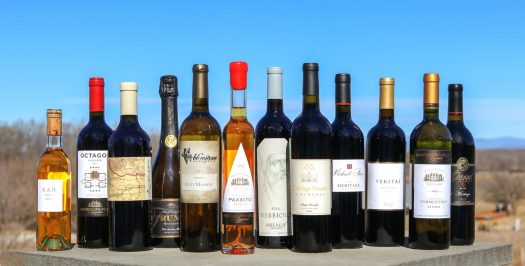 We’re back for our third round with the Virginia’s Governor’s Cup Gold Medalists — a selection of the best wines from the state’s annual wine competition. As has been the norm for the past two years, it’s a well-mixed collection of whites, reds, and dessert bottlings. Let’s dig in.

2014 Trump Sparkling Brut Reserve Monticello – Yes, those Trumps. We’re not reviewing politics here, though. This 100% chardonnay sparkler does bear a passing resemblance to the French stuff, yeasty and heavy with perfumed fruits — lemon, grapefruit, quince. Bright green apple lingers on the finish, though it remains quite doughy. This would probably improve over another decade or more in cellar. B+ / $80

2019 Bluestone Petit Manseng Virginia – Brightly tropical and fragrant with notes of peaches and lemony citrus, the wine pours on acidity as well as fruity sweetness, touched just so with saline. Dried pineapple notes linger forever on the finish. It’s actually a bit much on its own, but I paired the wine with a salmon dish and found it worked delightfully well. B+ / $25

2018 Barboursville Vermentino Reserve Virginia – Mild and gently herbal, a strong vein of lemon peel runs through the wine, perking up its acidity. Melony on the finish, with notes of lemon peel and quince lingering. More complex than it seems at first blush, and worth exploring. A- / $23

2016 Breaux Vineyards Nebbiolo Virginia – Lively with brambly blackberry, cherry, and currant notes, with ample notes of cola and chocolate to back the fruit up. While leathery and tannic on the palate, the more gripping, savory elements are well-integrated into the whole, giving the wine a complexity and austerity that come across as a slight surprise. This wine isn’t quite as effusive and as deep as an Italian nebbiolo, but it makes an honest, credible effort. A- / $68

2017 Veritas Petit Verdot Monticello – 85% petit verdot, 15% merlot. Quite dry, almost dusty at times with a real sense of the earth — evoking licorice, drying wood, and toasted spices. The fruit here is black, somewhat cooked, and decidedly tough, though it brightens up on the finish to showcase notes of raspberry and chocolate. Some charred greenery finds a purchase in the late game, but the wine does find a sense of balance that works. B+ / $50

2015 Michael Shaps Meritage Virginia – A Bordeaux style blend of 38% merlot, 28% cabernet franc, 17% malbec, 11% petit verdot, and 6% cabernet sauvignon. Soft and effusive, notes of blueberry and violets mingle with chocolate and spice to create a delightful whole which finishes things off with notes of blackberry gelato. One of the top wines in the collection this year. A / $50

2017 King Family Vineyards Mountain Plains Monticello – A blend of 37% cabernet franc, 43% merlot, and 20% petit verdot. Surprisingly bright and light on its feet, the predominant notes are plum, with lacings of cherry, cola, and a sultry licorice note that muscles its way in on the finish. Lightly bittersweet, with some peppery hints in the mix. A solid experience. A- / $75

2016 Breaux Vineyard Meritage – 57% merlot, 19% cabernet franc, 18% petit verdot, 3% cabernet sauvignon, 1% malbec. Brambly and spicy, this rich Bordeaux style blend offers notes of chocolate and cherry, with a kick of licorice perking up in the middle. A lingering floral character showcases the exceptional balance of an easygoing yet complex wine. A- / $45

2019 Carriage House Petit Verdot – Aggressively beefy and dense, this is a tough proposition from the start. An absolute lack of acidity is immediately evident, the tannins here filtered through overbearing earth notes and a somewhat funky licorice kick. Rustic, but feels already over the hill. C / $75

2016 Barboursville Octagon Virginia – A classic Virginia blend of merlot, cabernet franc, and petit verdot, named after Thomas Jefferson’s famed dining room. This is another boldly meaty wine, though Octagon is tempered slightly by a chocolate note that helps to tamp down some of the funkier notes of beef jerky, peppered bacon, and dusty, dried spices — if only slightly. The finish is particularly daunting with a green, doughy character. B- / $55

2017 R.A.H. Wine Company Series 1 – Dessert wine made from 75% petit manseng, 25% malvasia bianca. Richly honeyed, this is loaded with apricots and peach jam, leading to a buttery note of brown sugar that builds as the finish approaches. Lingering notes of golden figs and raisins, and a subtle almond note, round out a beautiful after-dinner sipper. A / $NA (375ml)

2015 Barboursville Paxxito Virginia – A passito-style wine made from moscato ottonel and vidal grapes, air-dried for up to 4 months. Less overtly sweet than Series 1, and more oxidized and austere. Loads of apricots and golden raisins make an appearance, spiced with an apple cider character — but they’re tinged with a note of bitterness that lingers on the finish. B+ / $35 (375ml) 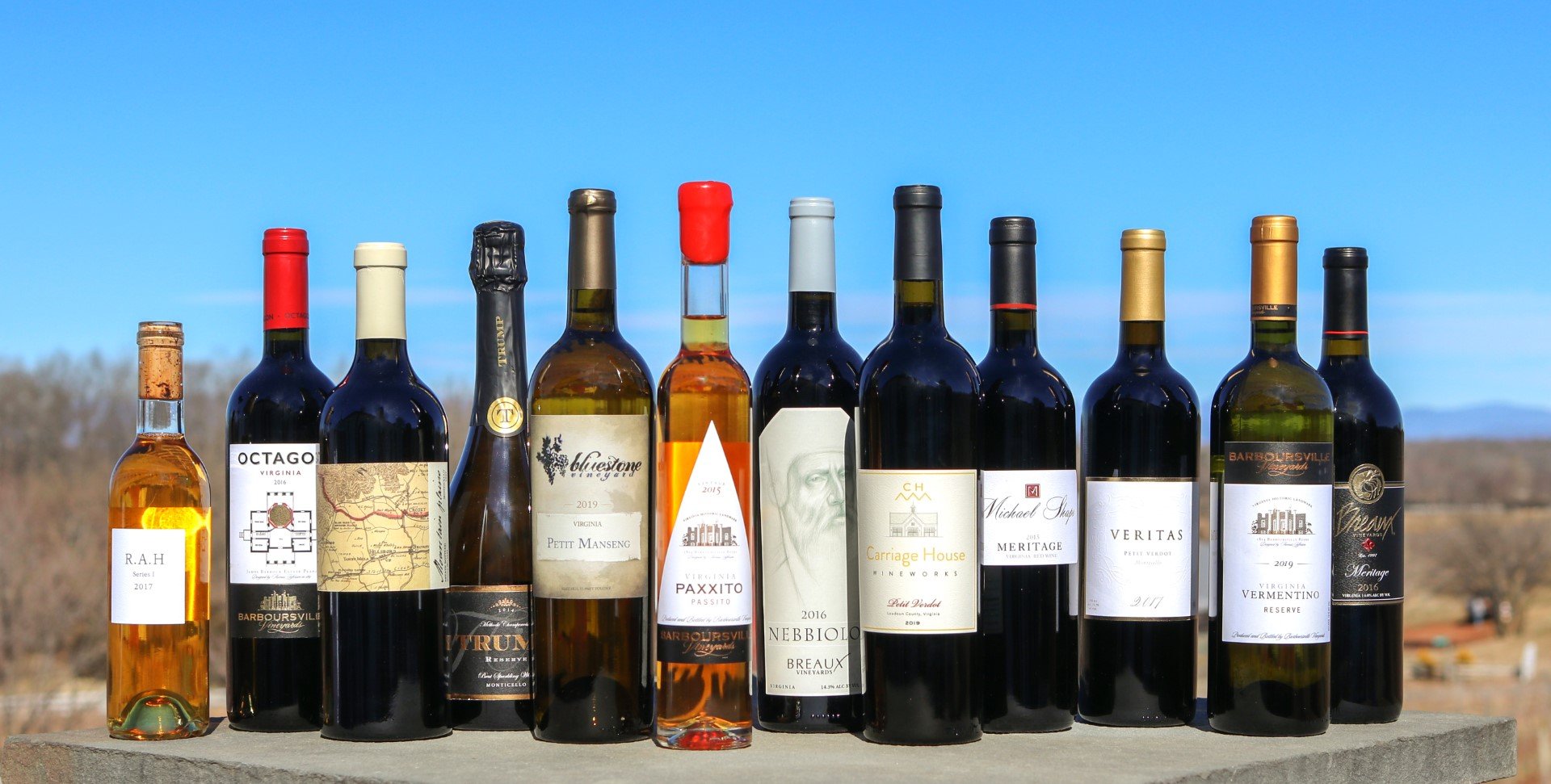 Tasting the Wines of Hourglass Vineyard, 2014 Releases
Posted in Rated A, Rated A-, Rated B-, Rated B+, Rated C, Reviews, Top Rated, Wine