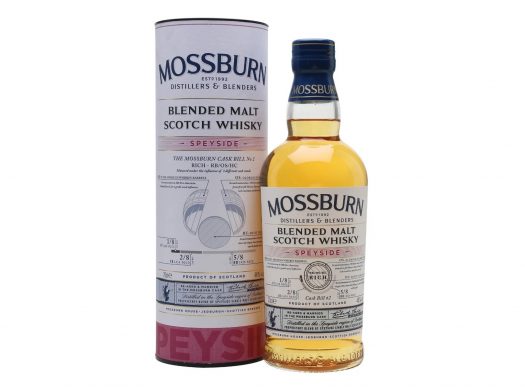 Established in 1992, Mossburn is a bottler of a range of whiskies, most of them sourced from other distilleries around Scotland. (It also operates Torabhaig, which is tiptoeing into its own distillates as we speak.)

While Mossburn bottles a variety of single vintage whiskies from other distilleries (much like any independent bottler), what you’re more likely to find on shelves and bar lists are the two whiskies from its Signature Casks Series, both of which are blended malts — made from multiple single malts, but no grain whiskies. The two whiskies are bottled with labels that bear an intense amount of information — everything but the age of the spirits and where they’re actually distilled — but I have to admit none of it makes a ton of sense. As such, I’ve broken down the details that are available on the two complex “Mossburn Cask Bills” in narrative form, both of which are outlined below.

Both Mossburn Blended Malts are bottled at 92 proof.

Mossburn Blended Malt Speyside – Mossburn Cask Bill #2 is a blend of Speyside single malts, no grain whisky. First maturation in 200-liter ex-bourbon oak, second maturation in 500-liter oloroso sherry butts with heavily-charred virgin oak cask heads. The nose is pretty and emblematic of Speyside, exuding a mix of cereal notes, toasty oak, and a hint of oxidized wine. Gentle and mild, the sherry influence is minimal but present on both nose and tongue, sweetened up with some notes of raisins and stone fruits, though nothing is over the top. The finish is where we find this malt at its sweetest, with notes of nougat, golden raisins, and a pinch of Christmas spice lingering on the fade-out. While a bit innocuous, it’s a fine example of Speyside, a greatest hits collection of the area’s flavor profile. A- / $41 [BUY IT NOW FROM DRIZLY]

Mossburn Blended Malt Island – Mossburn Cask Bill #1 is a blend of single malts from various island regions — not just Islay — initially aged in 200-liter ex-bourbon casks, then finished in a second 200-liter cask using first-fill bourbon casks with heads made from heavily-charred virgin American oak. You’re essentially doubling down on American oak on this one. The aggressive peat smoke of Islay is muted here, so if you’re looking for a mountain of smoke, this isn’t the dram for you. The nose is certainly smoky, but there’s an ashy quality rather than a mountain of maritime peat. Notes of smoked fish and barrel char give this a more savory aromatic profile. The palate is sweeter than expected, with baked apple notes fading into a melange of smoked almonds, burnt butter, and dry grasses. The finish is short but salty, a seaweed element reinforcing the island-ness of the spirit. Interesting stuff and a fun diversion after a night of sipping Laphroaig. B+ / $51 [BUY IT NOW FROM DRIZLY] 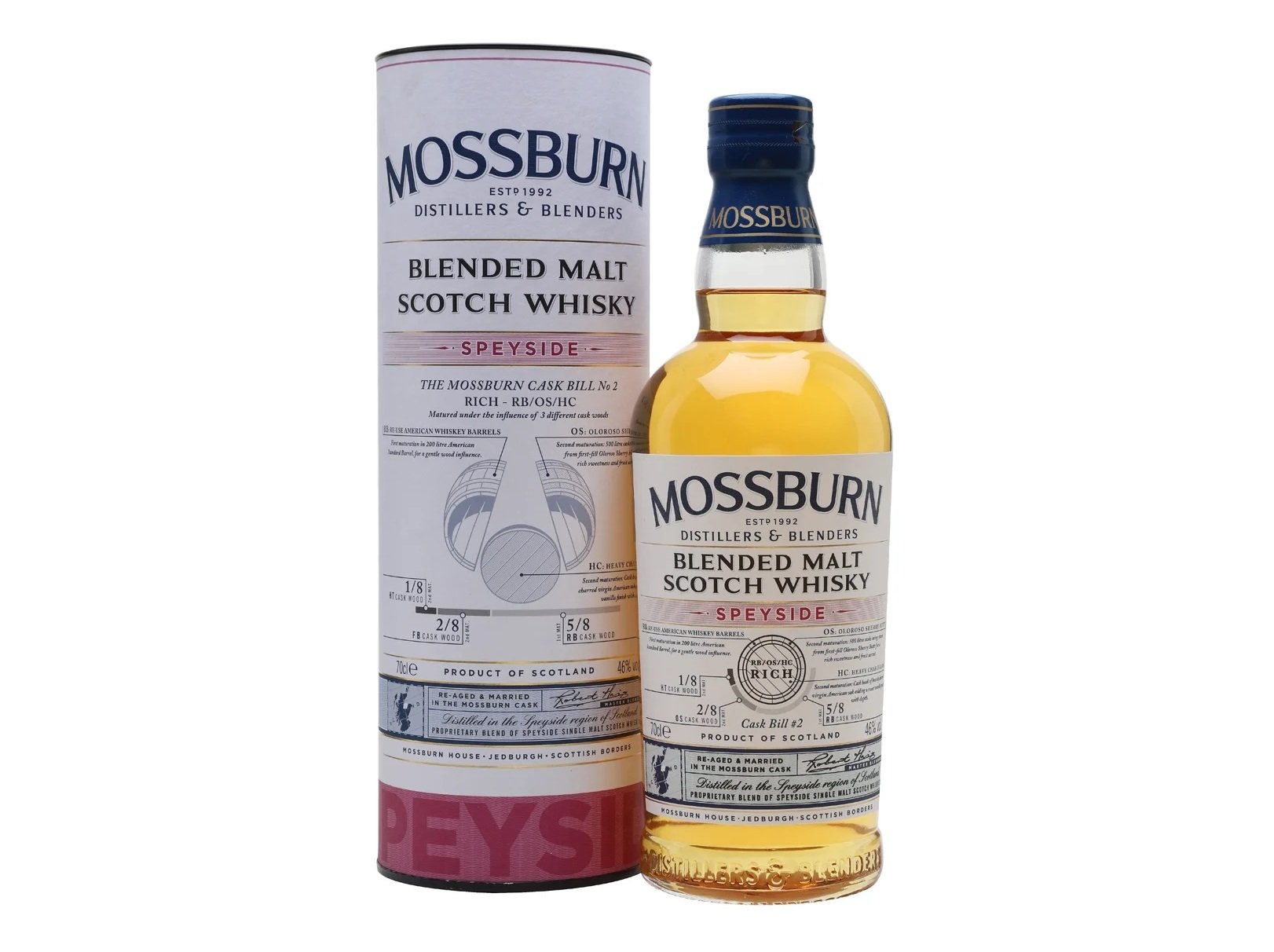