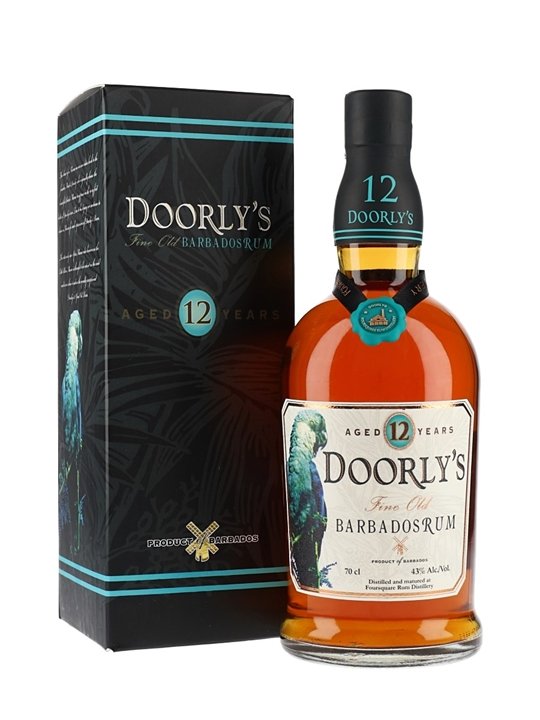 We recently reviewed a couple of rums from Foursquare Distillery on Barbados, beloved makers of “pure” Bajan rums that are helping to reinvigorate the category. The distillery releases rum under several house labels, one of which is Doorly’s, a brand produced on the island since 1908. Doorly’s also carries the distinction of being the first rum ever exported from Barbados, which is somewhat surprising given that Mount Gay was reportedly distilling rum here since the 1700s. Foursquare has held the rights to the brand since the early 1990s, but it was only in the last decade or so that I’ve started to see these bottles on the shelves. The range includes a white rum and several aged expressions, of which this 12 year is one of the oldest. It’s a blend of rums distilled on pot and column stills, and according to the label, it is aged in “small American white oak casks,” so I’m assuming all ex-bourbon, although some reporting indicates a small amount of aging in fortified wine casks, as well. Unfortunately, there isn’t a whole lot of information to be had on the interwebs. Guess we’ll just have to drink it and see for ourselves.

I do detect a bit of waxy red fruits on the nose, so there could be some wine finishing here. It’s bold and spicy for the proof, with a good bit of oak to offset the generous dark brown sugar sweetness. A brighter maple note develops as it opens in the glass, along with green banana and some candied pineapple. On the palate, it’s surprisingly gentle and well-balanced with demerara sugar and soft baking spices showing. Seasoned oak notes are also prominent, adding a touch of astringency to a finish that is slightly drying but still long with vanilla bean and grated nutmeg. A great rum, especially for the money. Perfect for sipping or to elevate your next cocktail.