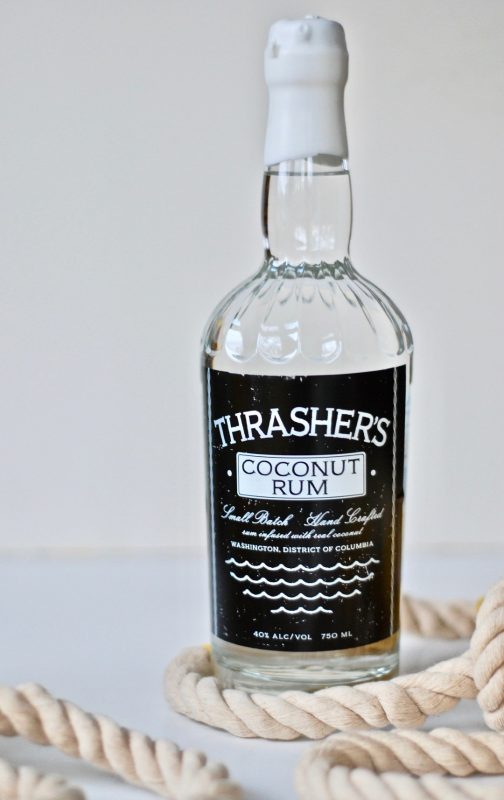 Washington, DC-based Thrasher’s makes four different expressions at present, all from an equal blend of blackstrap molasses and raw turbinado sugar and distilled in a pot still. Today we look at the coconut rum, which is not directly flavored with syrups or other ingredients but rather infused with toasted coconut in a botanical basket, similar to the way gin is made.

The results are surprising. Coconut rums normally present themselves as aggressively sweet, but Thrasher’s smells like fresh white rum distillate foremost, with coconut playing second fiddle. Mildly astringent with some clear hogo aromas, the rum does indeed come across with toasted coconut notes rather than usual, sweetened, baker’s coconut character. The palate again hits with the character of an unaged pot still white rum, plumped up with a dry coconut character and just a hint of vanilla. Green and aggressive on the punchy finish, Thrasher’s will be a bold and perhaps off-putting experience for the drinker who’s accustomed to the Malibus of the world. Give it some time and consideration, however, and its unique charms become more evident and engaging. 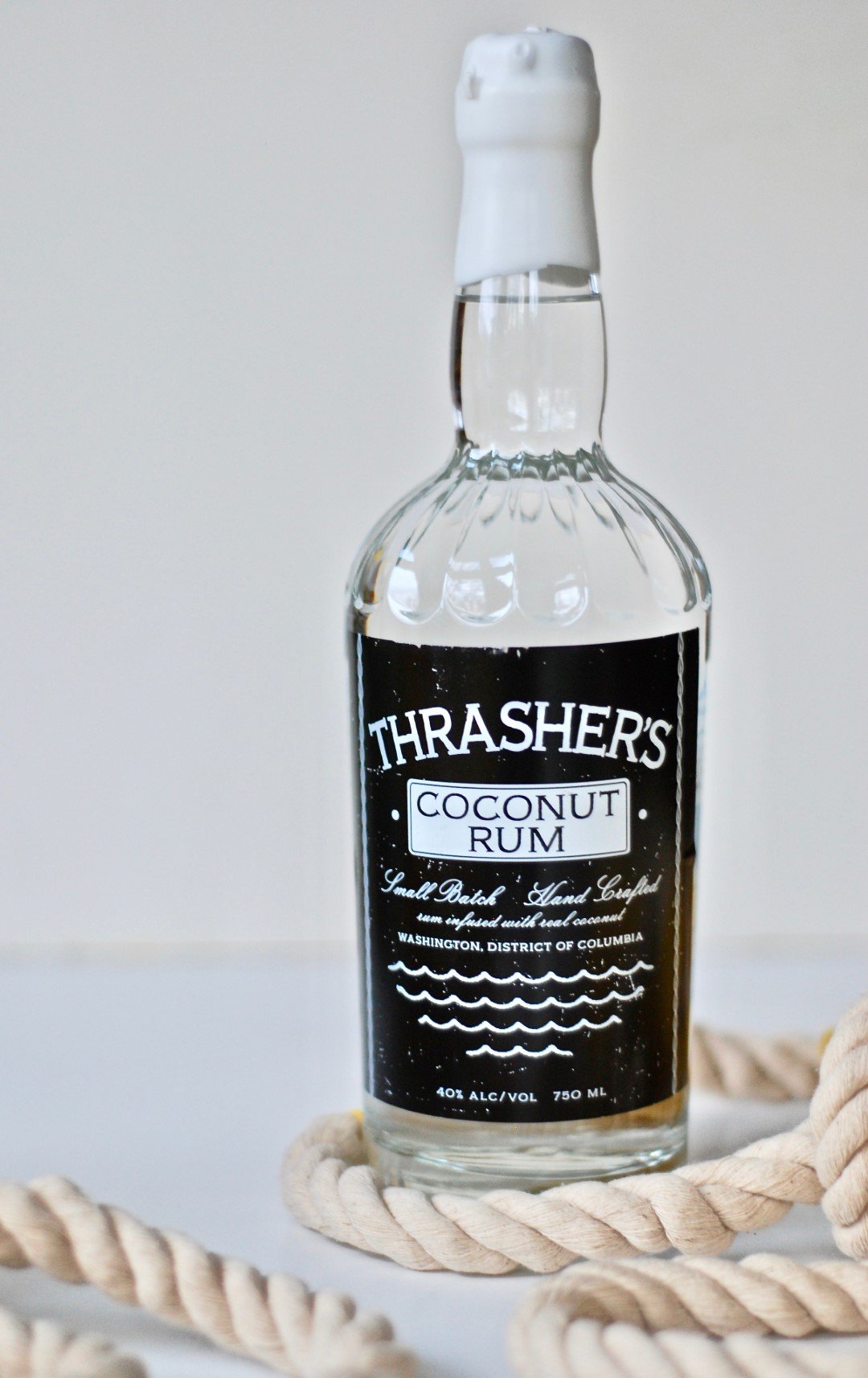