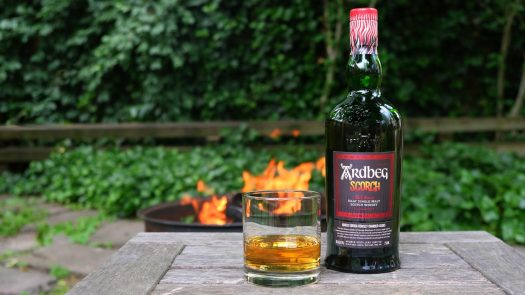 Ardbeg’s latest Committee Release is Scorch, a bottling made by aging the whiskey in ultra-charred “alligator” casks (all ex-bourbon barrels). No age statement, which is typical. Reviewed here is the cask strength Committee Edition of the release; the Standard Edition is bottled at the usual 92 proof.

From the nose, the name seems fully apt. It’s aggressively smoky and ashy, with notes of fresh asphalt balanced ever so slightly by some red pepper heat. Ardbeg is not a spirit that one tends to smell and say, “Hey, this could really use more smokiness,” and I found the whisky kept me at arm’s length, its overbearing ashiness causing it to miss out on some of the magic found in classic Ardbeg bottlings.

The palate surprised me as being a bit on the thin side, notes of burnt butter and smoked fish eventually emerging. Here the whisky cuts a fairly traditional Islay profile, though again it’s rather blunt and aggressively peaty-smoky. Hints of orange peel and lemon fortunately liven up the finish, but you’ll need some time in glass to reveal them.

While the whisky manages to open up over time in glass — give it a good hour if you can — the end result nonetheless struck me as surprisingly plain, the titular “scorchiness” ultimately showing itself mostly on the nose, and not really in the most engaging of lights. If you’re one of those Islay drinkers that think there’s no such thing as a too smoky Scotch, then have it. That said, I’d likely refer you to a bottle of Supernova or Octomore over Scorch. 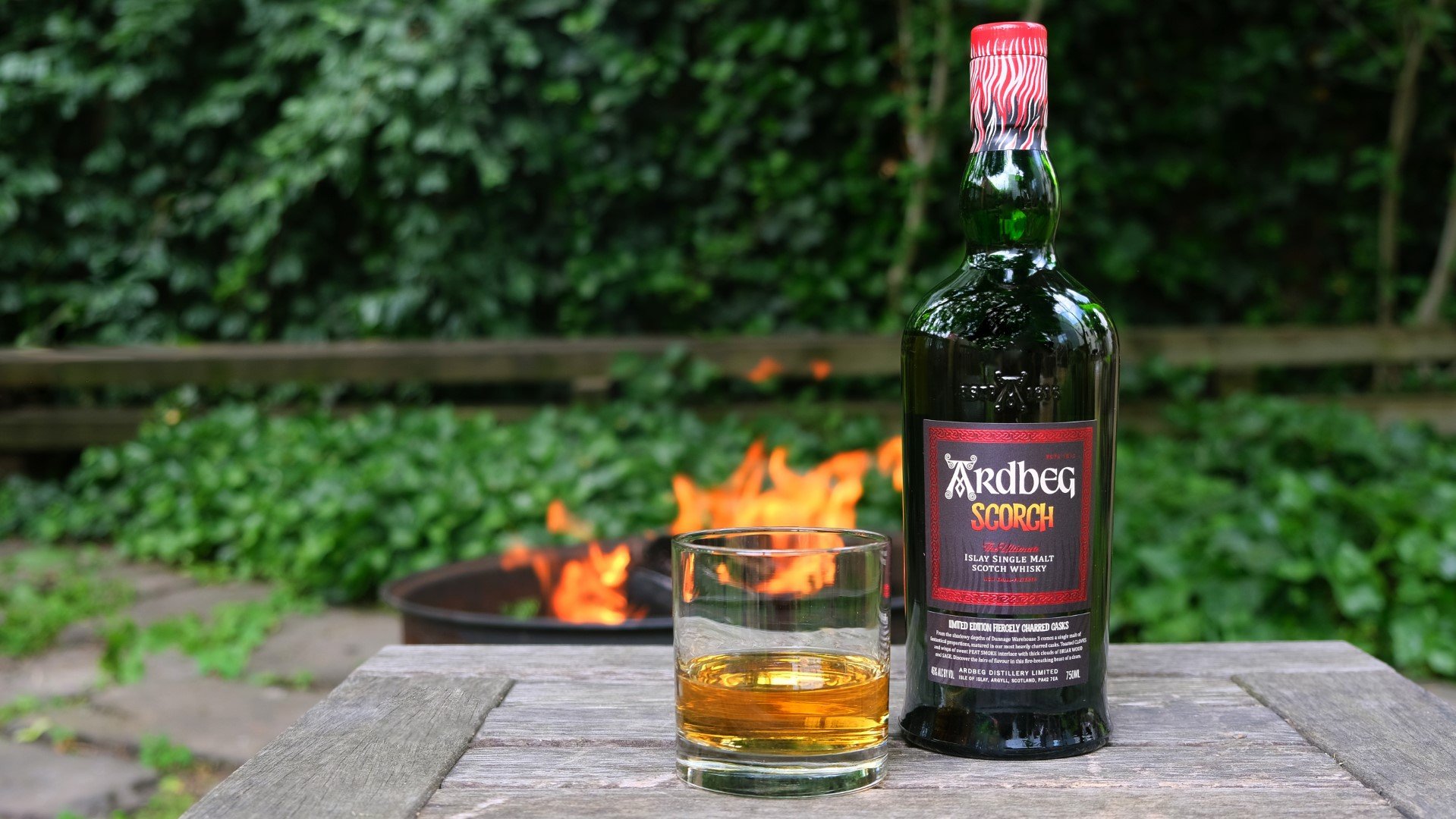