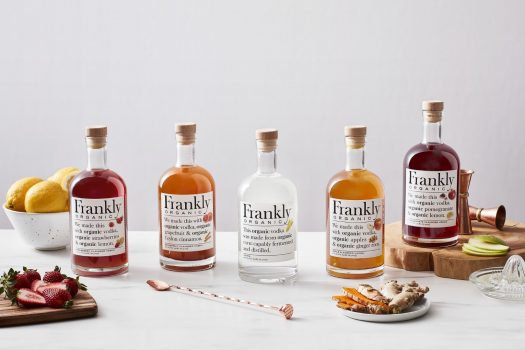 Frankly is a new vodka brand from Texas, including a straight vodka and four flavors. It starts with a base of organic corn distillate,  base, five-times distilled; organic fruits, roots, and botanicals are used for the flavored expressions. They’re primarily available as a five-pack of minis — link below if you want to purchase it — but 750ml versions are also available if you look around. 1% of Frankly’s revenue is donated to animal welfare organizations through its Frankly Fido Program.

Frankly Organic Vodka – The corn base is clear, with a popcorn note throughout. Slightly astringent on the nose, though the corniness is more than evident. There’s a slight sweetness on the tongue — serendipitous — which tempers some of the more blunt characteristics of the vodka, though the palate remains straightforward and the finish never feels particularly evolved or engaging. Lightly sweetened kettle corn remains with me well into the fade-out. 80 proof. B

Frankly Organic Apple Ginger Vodka – Made with organic apples and ginger root. Effusive with ginger on the nose, plus a hint of lemon. Apple dominates the palate, which is a bit surprising given the aromatic power of the ginger, again with lemony notes providing some citrusy acidity. The ginger hits hard on the finish, though it’s touched with a slight cinnamon note that evokes apple pie. Interesting stuff, but not wholly in balance. 60 proof. B

Frankly Organic Grapefruit Cinnamon Vodka – A quirky combination of organic grapefruit and cinnamon, flavors which I wouldn’t normally put together. The impact here is indeed a little bizarre, with tons of grapefruit on the nose and a very tart attack that has both a significant grapefruit and lemon peel component. Aggressively sour, the cinnamon gets a little lost in the mix, coming across with a sort of earthy licorice character on the finish. 60 proof. B-

Frankly Organic Pomegranate Lemon Vodka – Probably the most straightforward spirit in this lineup, with a strong pomegranate note on both nose and palate. The lemon note kicks in on the finish, giving things a nicely sour balance. For all intents and purposes (and for better or worse), this is a straight up cosmopolitan in a glass. Just add ice and your favorite sassy hat. 60 proof. A-

Frankly Organic Strawberry Lemon Vodka – The sweeter sibling to the above, overwhelming in its jamminess with notes of both strawberry and raspberry, plus a subtle kick of chocolate. Unlike the pomegranate expression, this one benefits more from a little doctoring, and is best enjoyed as a long cocktail. 60 proof. B+ 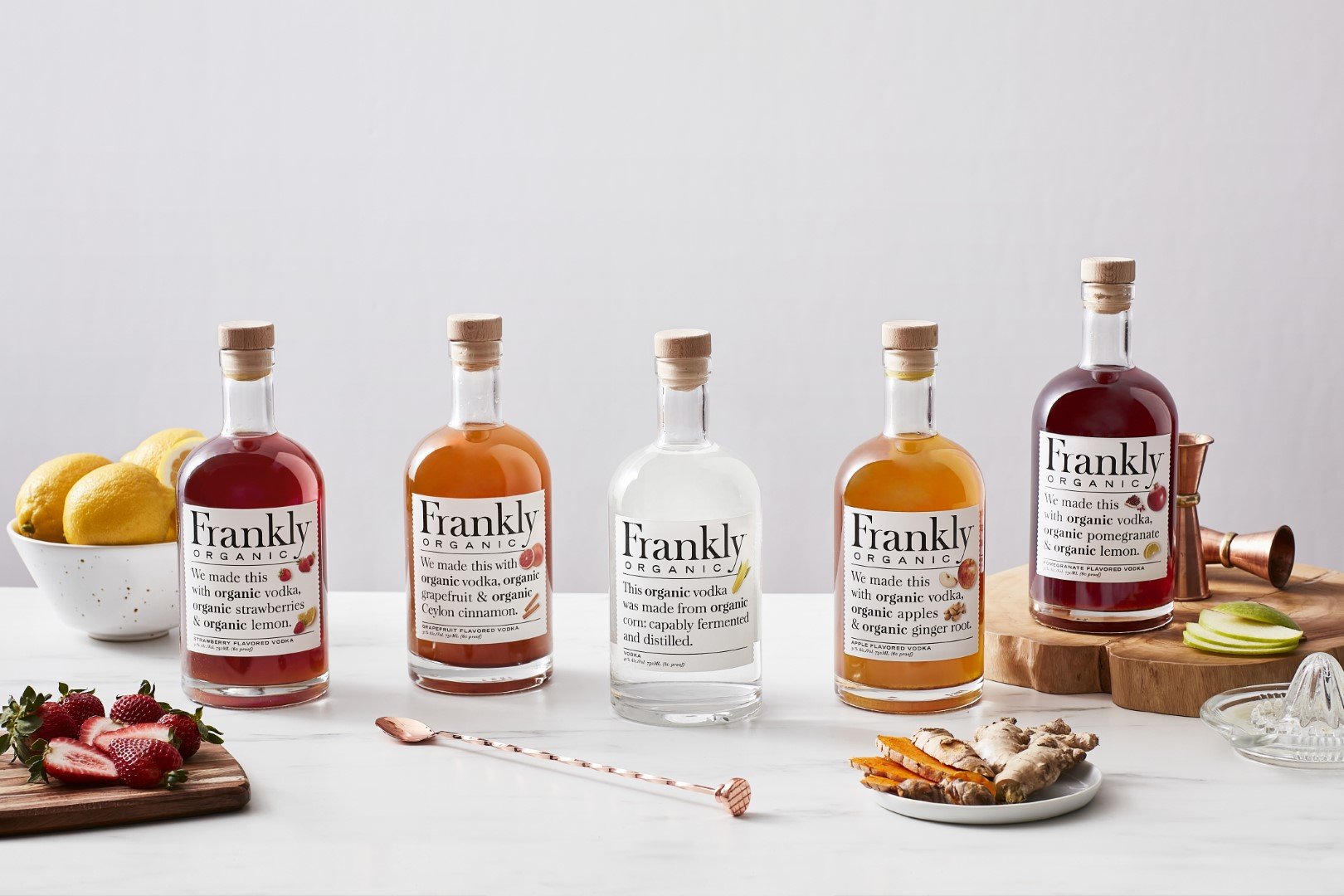