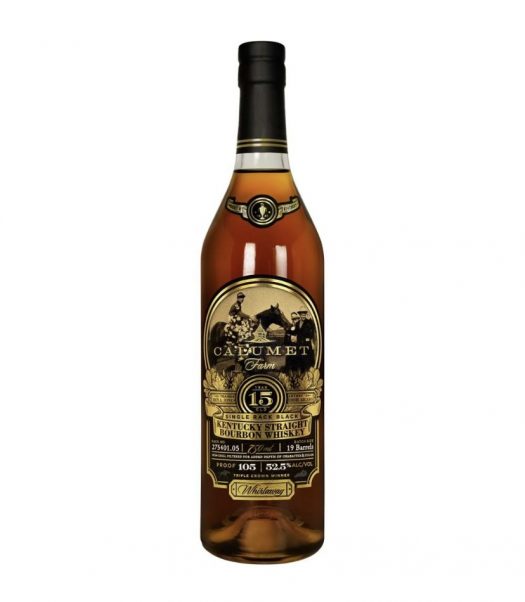 There isn’t much information on Three Springs Bottling Company, based in Bowling Green, Kentucky, although they have been strategically releasing “tribute” bourbons that have been steadily garnering attention. We recently reviewed their Sam Houston 15 Years Old here at Drinkhacker, which was “offered in tribute” to the legacy of Sam Houston.

We take a look now at another 15 year old bourbon released in tribute to another legacy, this an ode to Calumet Farm based in nearby Lexington, which has at turns been affiliated with baking powder, thoroughbred race horses, and most recently, bourbon. Calumet Farm 15 Year Old bourbon, similar to the Sam Houston 15 Year Old, is non-chill filtered with a mashbill of 74% corn, 18% rye, and 8% malted barley.

But the spin on the Calumet Farm 15 Year Old is as follows: “All barrels used to craft these rare batches are aged in a single, center cut rack” — thus the release’s subtitle of “Single Rack Black.” Previous releases from Calumet Farm have featured the same mash bill and have been aged between 8 to 14 years, and all were distilled and aged in Bardstown.

Let’s see how it performs.

Over a few pours, the nose alternates between pepper, toffee, prunes, warm brownies, and blondies. The peppery note is never too overpowering and the sweetness evokes a baked buttery base, with a hint of caramel and nuts. The palate equally highlights different notes with every sip. The oak and leather notes are quite strong, as well as notes of white pepper and spearmint which drive its spicy kick. As the whiskey develops, it reveals plump raisins, some more chewy brownie notes, and notes of dry roasted nuts. The leather and the juicy raisin notes linger long in the finish, with a final concluding appearance of apple cider.

At 15 years, there is plenty of spice and oak-leather notes present with a constant heat, but they often give way to the rather rich and thickly sweet profile, and offers many layers between the dried aged fruits and the nutty and baked chocolate notes. Adding an ice cube unleashes more focused pepper and a crisper sweetness of apple cider. For its complexity, this whiskey is on the sweeter side than most older bourbons I’ve come across (and it’s possibly a tad too sweet for me on occasion). That may appeal to the occasional low-proof bourbon drinker looking to venture — albeit not too far — into edgier, oakier terrain. 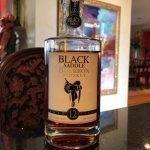