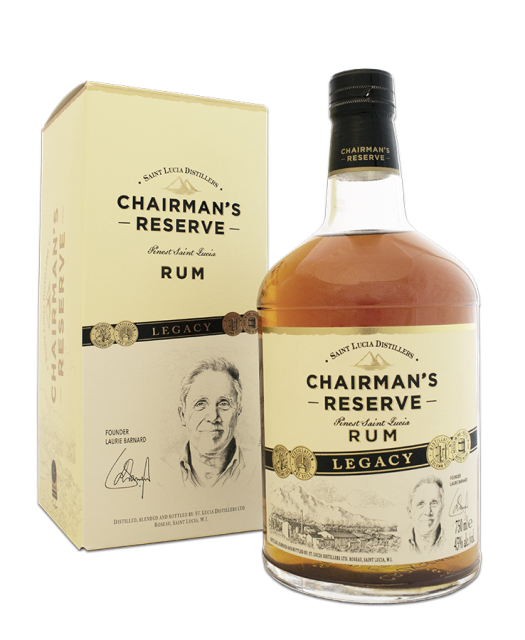 The latest edition in the St. Lucia-based Chairman’s Reserve Rum series is this, simply called Legacy, a blend of rums from Chairman’s two pot stills from John Dore and Vendome as well as its Coffey column still. It includes both traditional molasses-based rums and sugarcane juice rum made entirely from its Roseau estate and fermented using wild yeasts. The distillates are all aged separately for five to six years in ex-bourbon barrels, then blended to create this complex finished product.

It’s a quite dry rum, a touch peppery on the nose, with a clear hogo edge and ample notes of dried tropical fruits. Some brown banana and a bit of spice make their presence known in time. The palate finds an enduring dryness interrupted modestly by notes of apple, brown sugar, and gingerbread. It isn’t until the finish where a light sweetness finally makes its presence felt, evoking banana bread and a spray of baking spices.

Legacy may lack the effusive depth of, say, Chairman’s Forgotten Casks bottling, but it’s a solid, mixable, old-school rum no matter which way you look at it. 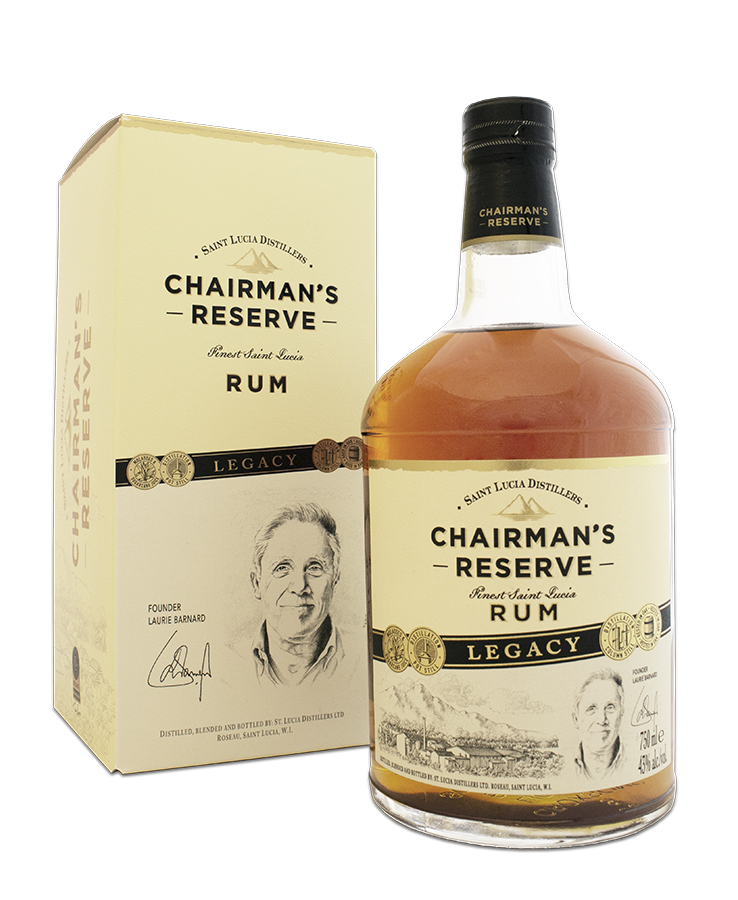