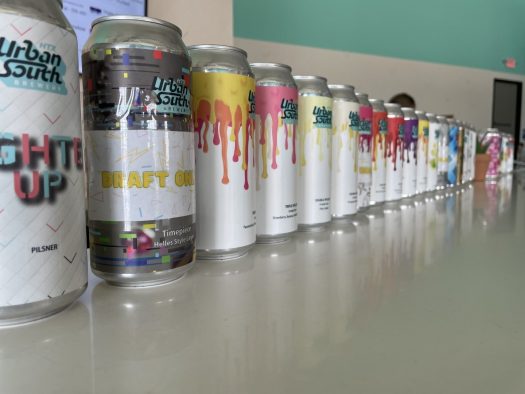 After tasting the wild, fruited sours of Urban South HTX, I knew I needed to pay these madmen a visit the next time I made it to Texas. Well, the opportunity recently presented itself in the form of my first “real” vacation, a week in my hometown of Houston. 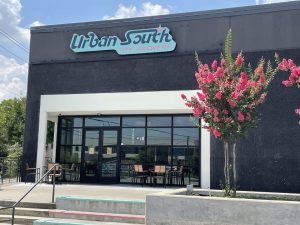 Urban South HTX — the Houston outpost of New Orleans-based Urban South Brewery — is a much different animal than its more eastern sibling. Here, head brewer Justin Slanina and his talented crew turn out up to five new fruit-laden beers each week — never repeating a recipe — each taking Urban South’s base ale and impregnating it with over 100 pounds of everything from strawberry puree to crushed Oreos. The results vary from intriguing to absolutely magical, some of which I saw in my experience with cans it had shipped across the country.

As Slanina explained during a behind-the-scenes tour, the brewery can do all of this because it just isn’t interested in the mainstream. Most of its wares are sold right here at a cavernous tasting room with some 20 taps of HTX’s most recent productions, which are essentially sold until they’re gone. (A handful of craft beer shops and other notables sell the brewery’s cans in the area, but you won’t have much luck finding them outside of Houston.) Cans are also available to take to go. 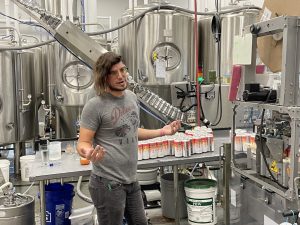 This is if nothing a great place to go sampling, because a small amount of each of these beers can go a long way. In production the day we visited was a Triple Spilled (indicating it’s made with three times the fruit) expression made with double strawberry, pineapple, mango, and coconut. Loaded up on the tropical notes but sweetened nicely with berries, it was a nice entry into a blazing hot afternoon in Houston. After more beers that landed on the sweet side (strawberry-banana-cheesecake-vanilla, anyone?) a blood orange and cherry combo made for a nice, slightly tart change of pace.

Purists will be happy to know that Urban South HTX also makes traditional beers that don’t have any watermelon puree or grape candy in them at all. Its Timepiece Helles Lager, made in collaboration with nearby Klaus Brewing, was a cracking, fresh example of the style. Also save room for the Blue Light Stout, which is brewed with coffee and hazelnuts and which was on nitro the day we visited, a gorgeous, silky monstrosity at 15% abv.

Still, it’s the revolving collection of fruited sours that bring the crowds in, and why shouldn’t they? As our host Danielle Martinez noted toward the end of a flight of nearly a dozen fruit bombs, “It’s almost healthy!” It’s true enough for us. 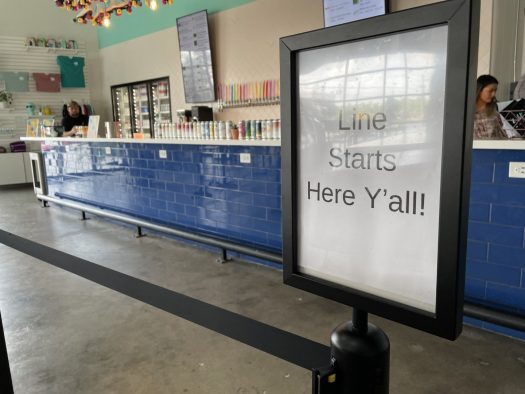