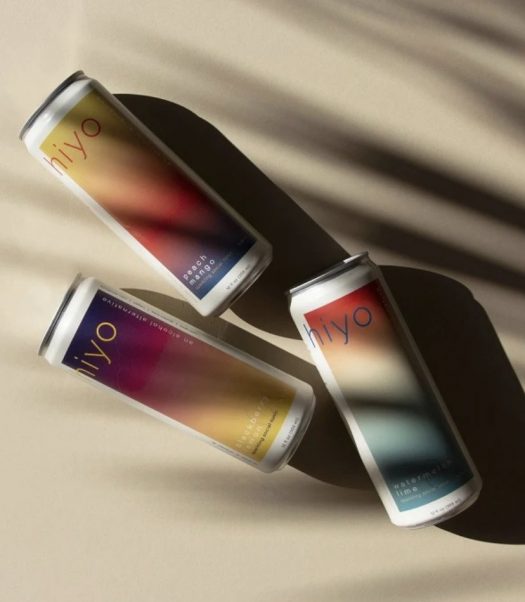 The sober-curious drink market continues to expand, featuring nootropics as the agent of mood-enhancement to forego the detrimental affect of alcohol, with the added claim of increased health benefits.  (FYI – The FDA are warning against the proliferation of unsubstantiated claims surrounding nootropics. So to each their own.)

Nootropics are a general category of drugs of which caffeine is included. Also included in this category are most superfood darlings such as cordyceps, ashwagandha extract, l-theanine, and lion’s mane, each of which is becoming more ubiquitous by the day.

Today we’re exploring the trio of flavors in the “social tonic” line offered by Hiyo: Watermelon Lime, Peach Mango, and Blackberry Lemon. The founders’ inspiration comes from a similar rationale to that of other producers in the nootropics-based, sober-curious category: People drink alcohol to achieve a certain mood or feeling – and often at a cost to one’s mental and physical health and well-being. The drinks were created to offer a better way for “those chasing a new feeling; we call ours ‘the float.'” (For the sake of comparison, we recently reviewed a mood-enhancing spirits-alternative drink called Confidence, which offers many of the same functional ingredients.) Hiyo starts with a carbonated water base that is infused with the aforementioned adaptogens and nootropics, with flavors provided by organic juices. All are 0% abv, as expected.

Let’s get to them.

Hiyo Watermelon Lime Sparking Social Tonic – Upon first whiff and taste, I had immediate flashbacks to Jolly Ranchers hard candies and Haribo gummy bears; and those brands specifically. Both these brands have mastered a certain hallmark mellowness to their confections that you know in your heart of hearts is incredibly sweet, but which doesn’t taste too sweet nor cloying. You savor these slowly and never feel over-sated. The juicy sweetness of watermelon is given a nice tanginess from the lime. The carbonation feels less like it’s trying to sparkle and more like its fizziness works to make the fruity flavors more sophisticated. It’s somehow very sweet and not too sweet at the same time. It does have a calming effect, but I’m attributing that to the nostalgia of the beloved candies. 7% juice content. A-

Hiyo Peach Mango Sparking Social Tonic – This particular flavor calls to mind the clear Haribo gummies, which technically are a pineapple flavor; but it is strikingly mimicked in this drink by the alchemy of peach and mango infused with the nootropics and botanicals. Slightly less fizz, but equally pleasing to linger over. 5% juice content. A-

Hiyo Blackberry Lemon Sparking Social Tonic – The floral botanicals are very pronounced here, to the point where I felt like I was smelling and drinking a scented candle. I detect the blackberry; the lemon isn’t obvious, but its combination with the carbonation provides a slight punch to the drink. It’s not completely offensive, but it is a bit distracting to drink since all I can think of are candles. And although candles are soothing, in this case it has a slightly opposite effect. 6% juice content. B-

Overall I do find these to be pleasant “social tonics,” and a nice option for venturing into moments of sober-curiosity. 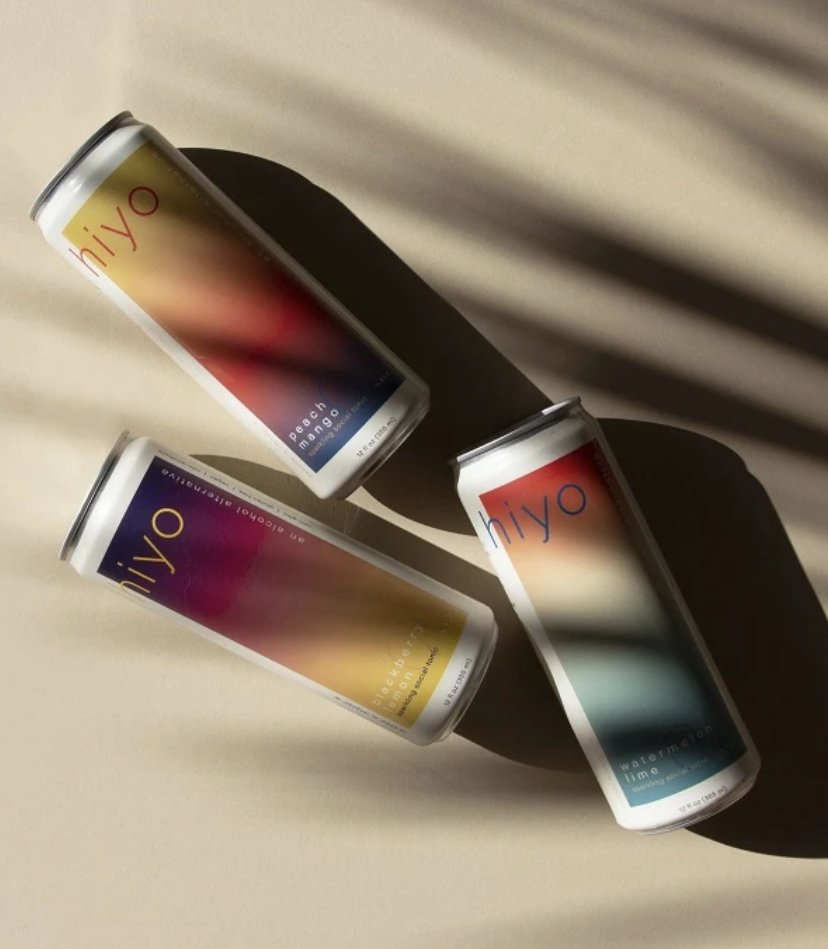