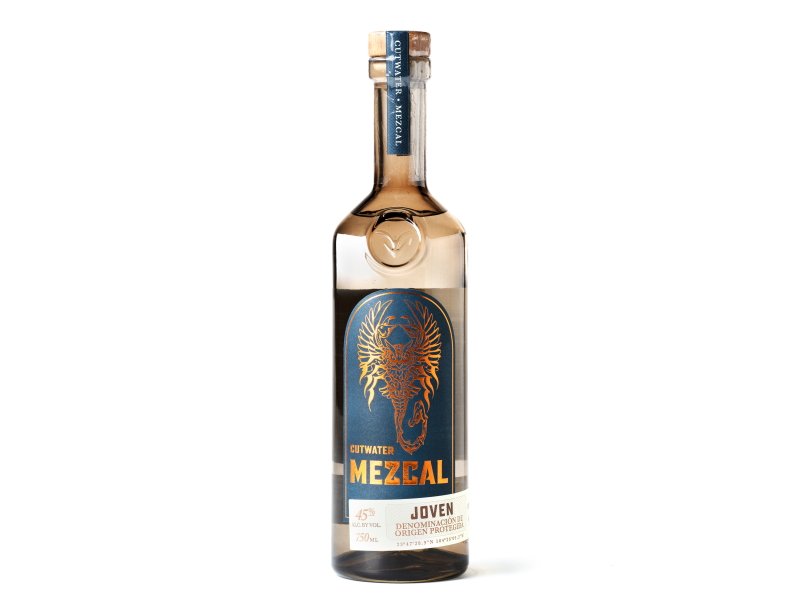 Cutwater is an unusual company. We’ve favorably reviewed some of their whiskey products, and (along with everyone else in the spirits world) they recently brought out some canned cocktails, which were fairly well-received. Despite the fact that they’re based in San Diego, and do distil their own spirits, they’ve also released a tequila and now this mezcal, both of which of course are made in Mexico.

In the case of Cutwater Mezcal, the spirit is made in Durango by the LTG Distillery, a distillery which also makes the IZO range of tequilas and mezcals. This Cutwater Mezcal is therefore not a mezcal which comes with an interesting backstory about 4th-generation Maestro Mezcaleros who learned their skills at the feet of their father and grandfather, but is a mezcal imported from a commercial distillery by a company in southern California. This doesn’t mean it’s to be treated with suspicion, of course. It is what it is, and to their credit Cutwater doesn’t try to spin some yarn about the provenance of the spirit.

The bottle is pretty simple, in keeping with the mezcal image, and the glass has a smoky tinge to it, which is a nice touch. Unfortunately, the label has a very prominent scorpion on it, a sore point with some mezcal makers. In the 1950s mezcal was marketed in the USA as the Mexican hooch which had a scorpion or a worm in the bottom of the bottle. This has never been a Mexican tradition but was a cheap marketing gimmick by one brand which resulted in a very downmarket image for mezcal, which this fine spirit has been trying to live down ever since.

Fortunately there’s no scorpion in the bottle, defying consumers to eat it. But what is in the bottle? It’s a joven or unaged mezcal, though the vast majority of mezcals are unaged. Most mezcal is designed to be drunk pretty much straight from the still. At 90 proof it’s a little stronger than average, and this hits you on the nose, which packs quite a punch. It’s ferociously smoky, like sniffing on a dying bonfire, though there’s also an interesting mix of sourness, citrus, and saltiness in there too. Anyone who enjoys peated whiskies like Laphroaig will enjoy this, but don’t expect the same complexities and subtleness.

On the palate it’s the strong alcohol that arrives first and foremost, implying that this is a mezcal for cocktails rather than for sipping. It will certainly add more than a puff of smoke to cocktails you might otherwise make with tequila or whiskey. The smokiness is so strong it’s hard to escape it when you’re sipping with your nose in the glass. There’s also a cherry tartness, even vinegary, though not in a negative way, just as part of the overall mix. It also has some black pepper in the mix, a sense of honey sweetness, and a hint of lemon. But mainly it’s smoke-smoke-smoke.

It’s certainly a mezcal you’ll love or hate, but in a world of nuances it’s good to find something that will definitely divide opinion.