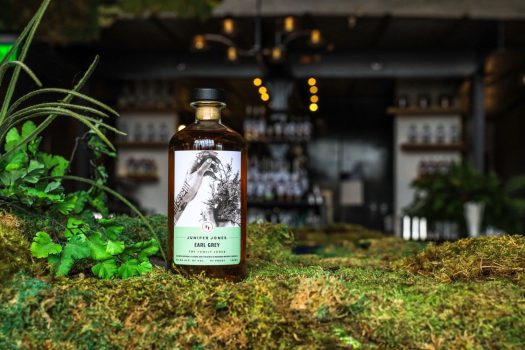 The Family Jones is a Colorado-based distillery that produces a wide range of single-estate, grain-to-glass spirits, including vodka, gin, rum, rye, and bourbon — all with some level of “Jones” in the name. (Strangely, no one involved with the company seems to be named Jones… the “Jones” seems only to refer to the spirits family.

Anyway, we didn’t receive any of the Family’s standard spirits lineup for review, but we did get a wild, tea-infused, barrel-aged gin and four bottled cocktails from TFJ, all of which we review below. (The bottled cocktails all come primarily in 200ml bottles.)

The Family Jones Earl Grey Juniper Jones Gin – This barrel-aged gin is aged in ex-bourbon barrels that also previously held Earl Grey tea leaves. (The base gin is made from a 100% winter wheat base that goes through two separate distillations – one with juniper only, the second with a blend of coriander, orris root, lemongrass, dill, cucumber, and cacao nibs. The two distillations are then blended together.) Earl Grey tea is clearly and immediately evident on the nose, and it balances well with the other aromatics present, including ample dill, a thyme-like note, gentle juniper character, and some peppery spice. The palate is largely in line with aromatic expectations, slightly sweet and showing a stronger tea character, laced with brown sugar. The herbal botanicals play second fiddle here, though notes of bay leaf and juniper branches remain in the background, leading to a finish that feels like you’re alternating between glasses of sweet southern tea and a classic gin and tonic. Complex and lots of fun, it’s one of the most interesting and lively barrel-aged gins I’ve encountered in years. 97 proof. A / $35 [BUY IT NOW FROM DRIZLY]

The Family Jones Automatic Jones Old Fashioned – A smoky take on the old fashioned, made with a bevy of botanicals, including (smoked) lapsang souchong tea. Expressive but (fair warning) quite smoky, the cocktail presents lots of sweetness up top, with clear notes of orange peel and baking spice, heavy on the cloves. The smoky tea notes are bold and distinct throughout, taking a fruity angle as the finish develops. If you were served this (with appropriate warning of the smoke element) at a high-end bar, you’d have no idea it came from a premixed bottle. 80 proof. A- / $x (200ml) [BUY IT NOW FROM DRIZLY]

The Family Jones Automatic Jones Rock & Rye – Rye whiskey with “a blend of warming spices, dried fruits, citrus peels, roots, bark, and a touch of rock candy syrup.” Quite Christmassy and engaging on the nose, sweet but lightly woody, showing notes of mulled raisins and gingerbread. The palate plumps up the cloves, though it’s well-tempered with sweetness, finishing on enduring and rich notes of cola and chocolate. It may not taste like an iconic rock & rye cocktail, but it’s still quite a delight. 80 proof. A- / $15 (200ml) [BUY IT NOW FROM DRIZLY]

The Family Jones Automatic Jones Martini – Gin, dry vermouth, and bitters. I don’t think I’ve ever encountered an RTD martini before, but this rendition is enjoyable and well-balanced. It’s a touch on the sweet side — with notes of vanilla and a touch of tea leaf in the mix, the latter seemingly a Family Jones trademark — enhanced by notes of lemon peel and a hint of bitter quinine. It all comes together with some fruit on the finish. TFJ suggests a lemon peel garnish, but I think a slightly sour olive would add some complexity. 70 proof. A- / $15 (200ml) [BUY IT NOW FROM DRIZLY]

The Family Jones Automatic Jones Cosmopolitan – Probably the most traditional recipe in this mix: Vodka, cranberry, and lime. (No triple sec, though.) It’s also the least interesting cocktail in the mix, but I suppose they can’t all be winners, this one showcasing a somewhat plain vodka-cran experience that feels, for once in this roundup, less balanced than I could whip up on my own. A bit too tart, this needs more citrus to balance out the pushy cranberry, which finishes with a tough, bitter-sour character that’s probably exacerbated by a bit of roughness in the vodka. 60 proof. B / $15 (200ml) [BUY IT NOW FROM DRIZLY] 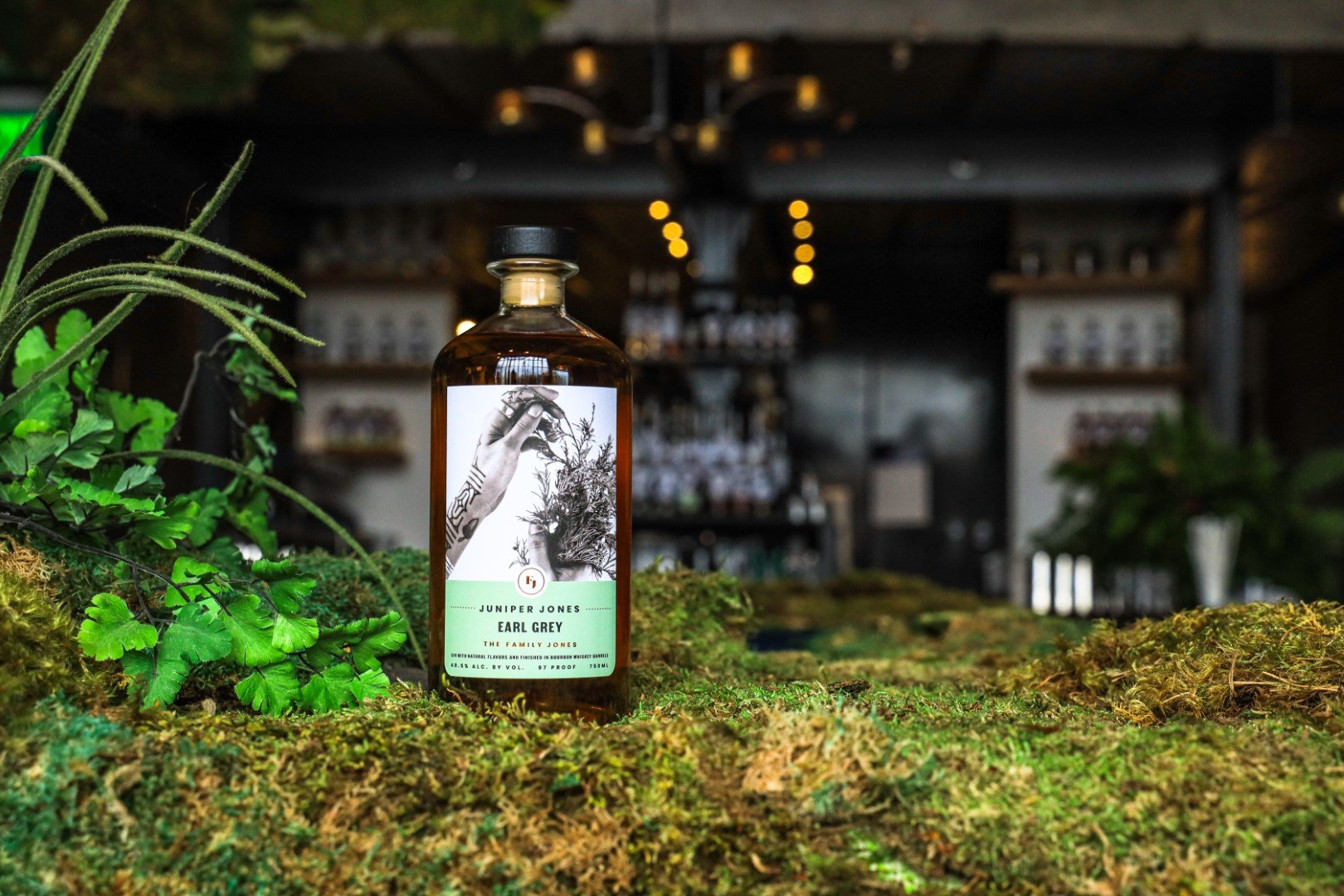