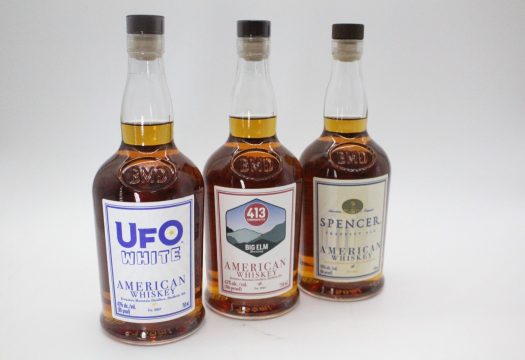 Sheffield, Massachusetts-based Berkshire Mountain Distillers recently embarked upon one of the most ambitious craft distilling projects I’ve ever heard of. The five-years-in-the-making project will see BMD partnering with a dozen different breweries across five states, turning their beers into whiskey. Each whiskey will be the product of a single brew bearing the name of the beer used in as the base for the distillate. For fans of whiskeys made from beer, the project offers a rare opportunity to see how different base beers impact the final product. Alas, you’ll have to be patient throughout the year to see how it all pans out.

“We were thrilled to collaborate with all of our brewer-partners and are excited these whiskeys are finally ready to be enjoyed by beer and whiskey aficionados alike,” said Chris Weld, founder and proprietor of Berkshire Mountain Distillers.”This fun collaboration has been an exceptional project-in-the-making involving 12 brewers, 12 beers, 12 whiskeys and 80 barrels of spirits — we’re eager to release each one to the public.”

Produced by the region’s first legal distillery since prohibition, each whiskey will be blended to 86 proof using BMD’s proprietary historic spring water in Sheffield and packaged in custom bottles with brewer-designed labels.

Aged at the distillery since 2015, the whiskeys will be released in the order in which they were distilled. Being a limited collection, each whiskey will be sold in the BMD tasting room and then distributed to select stores and restaurants.

We got a chance to look at the first three whiskeys in the project — all are billed as American Whiskeys, not single malts — so let’s dig into each of them.

Berkshire Mountain Distillers Craft Brewers Whiskey Project – Mass. Bay UFO White Ale – Made from the well-known wheat ale, this exudes the floral character of a white ale, loaded on the nose with notes of lavender and potpourri — almost soapy at times. The palate keeps the theme, incredibly floral with lots of spice in the mix, plus notes of well-buttered popcorn, sweat cream, and jasmine. Incense notes dominate the finish. I don’t think I’ve ever had a whiskey made from a wheat beer, and given the overwhelming florals in this offering, I can see why it’s not been done before. Extremely weird, and nothing if not unique. B

Berkshire Mountain Distillers Craft Brewers Whiskey Project – Spencer Trappist Ale – This Trappist ale whiskey comes across as a fairly typical beer distillate, quite hoppy and fairly funky on the nose, though heavy with spices and some barrel influence. Things perk up on the palate, where some needed sweetness appears, along with ample notes of green herbs, heavy on dill and thyme. The finish brings in some white pepper and more herbal notes, clearly evoking the base beer. Spicy but approachable, the bitter hops linger for quite a while on the fade-out. B+

Berkshire Mountain Distillers Craft Brewers Whiskey Project – Big Elm 413 Farmhouse Ale – Brewed from another take on a Belgian style (though this one is made with chamomile and orange zest). The nose has some similarity with the Spencer, also very hoppy but showing a peach and apricot-driven sweetness. Sharp and peppery, the aromatics lead into a palate that is punchy with petrol notes, ample hops, and an almost sickly, overripe apple-driven sweetness. The finish is hard-edged and continues the overwhelming hop character, with lots of spice also evident. Flavorful, to be sure, but out of balance. C+ 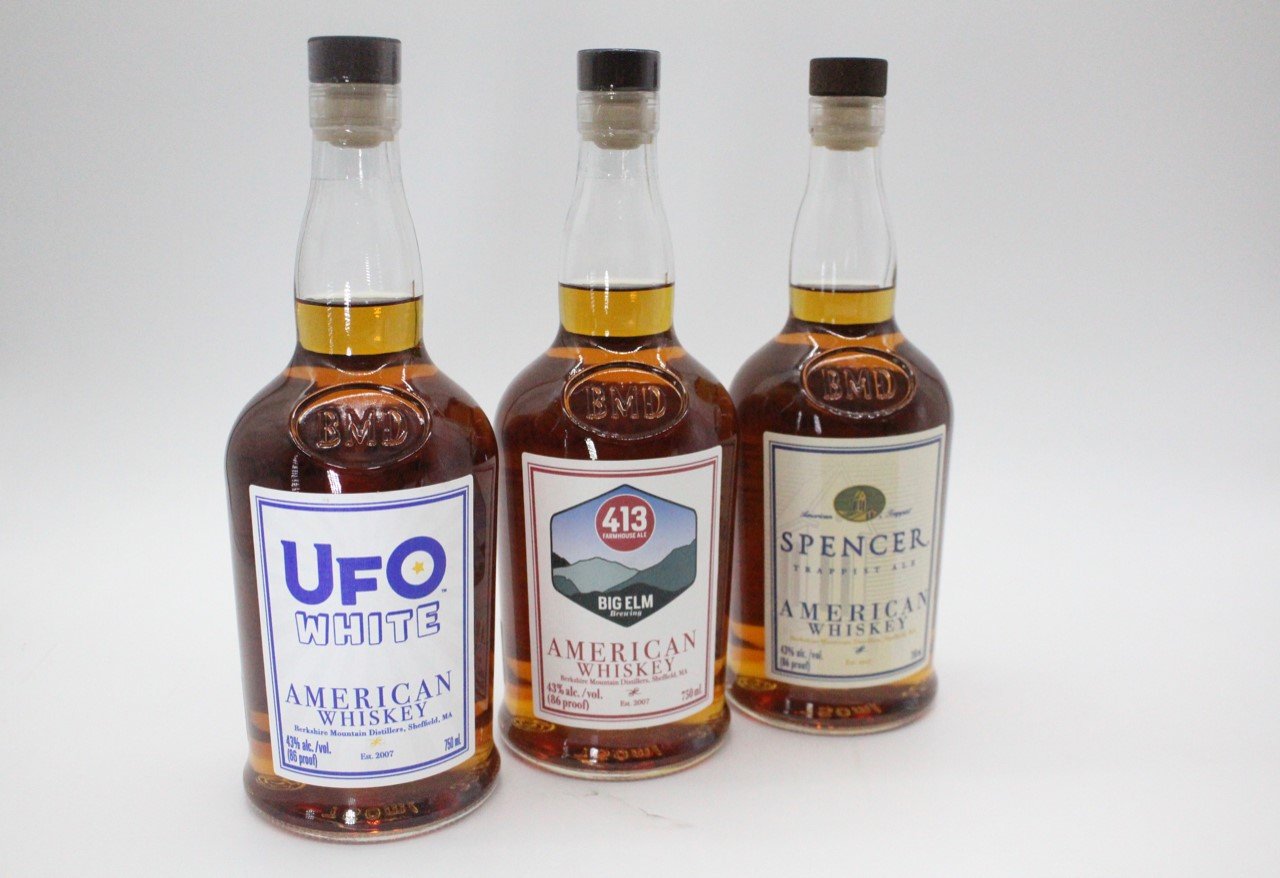