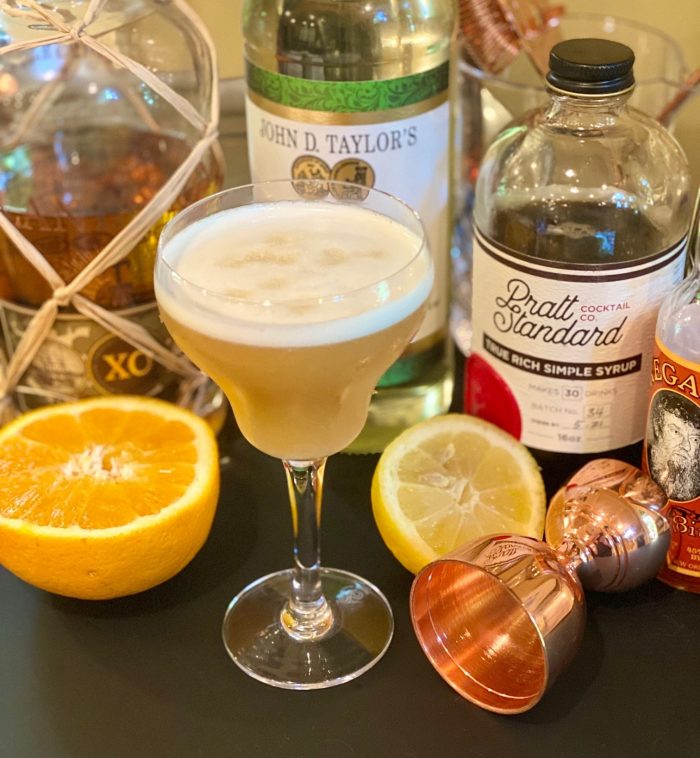 It’s hot out now, which means that it’s unfortunately time for the obligatory slushy and sweet concoctions of summer. Don’t get me wrong, I love a good daiquiri or mojito, even the occasional overly creamy pina colada, but I’ve never gotten thrilled by a frozen anything when it came to my cocktails. I decided there had to be some middle ground, so I started digging through cocktail books, looking for something new to strike my booze fancy this summer.

After laborious investigating, I decided a sour cocktail, with the all important egg white, might be the ticket. Sours like this are great because the egg white helps to add texture (without the sweetness of coconut cream) while balancing some of the sugary quality inherent in hot weather cocktails and also rounding out the citrus component that can sometimes skew too tart in a daiquiri. While I love a good whiskey sour, I really got hung up on finding an inspiring rum sour recipe, of which there are painfully too few in the world. Tired and still thirsty, I decided to take matters into my own hands.

Several egg whites and some wasted liquor later, I ended up creating a drink that reminded me of my favorite summer ice cream as a child: the push pop (hence the name). To achieve the orange component, I halved the amount of lemon juice in your traditional sour and added fresh squeezed orange juice in its place. To ensure an appropriate tropical dimension, I added some tiki tonic, a.k.a. Velvet Falernum, in addition to a rich simple syrup from Pratt Standard. As the foundation, I chose Plantation XO, a  dark, silky rum finished in Cognac casks that complement the fruitier notes in the drink. A few dashes of Regan’s orange bitters as a finishing touch, and I do believe I’ve conquered the summer cocktail. You be the judge.

Combine everything but the bitters into a shaker and dry shake (without ice). Add ice and shake until well-chilled. Fine strain into a coupe or sour glass (like this one from Cocktail Kingdom). Garnish with 3-5 dashes of orange bitters. 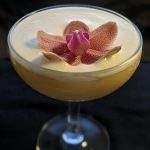