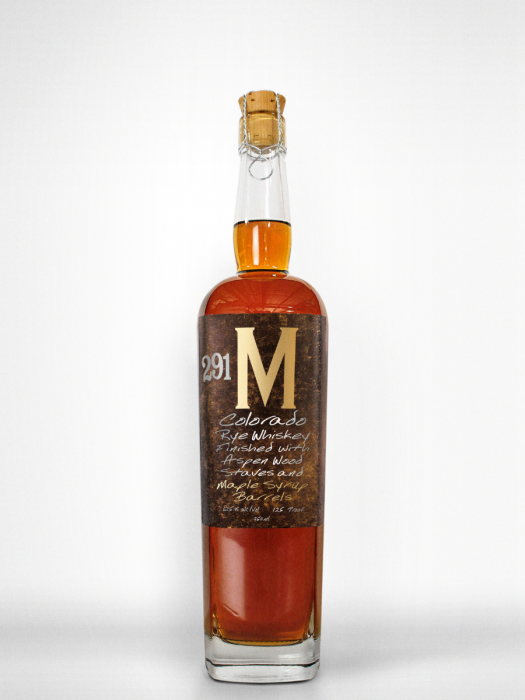 Several years ago Drew introduced us to Colorado’s Distillery 291. Now we’re back with a look at its latest whiskey, which starts as 291 Colorado Rye Whiskey, aged in new American white oak barrels and finished with aspen staves. From there, the whiskey is finished for four months in barrels previously used to barrel-age Wisconsin maple syrup by producer Lincoln County Reserve Maple Syrup. Hence the “M” — for maple. The finished product is bottled at cask strength.

The nose melds sweet syrup notes with the bold granary character of a young rye. The latter tends to dominate, though an engaging note of dried figs and spiced nuts is enduring, enriching the aromatics. The palate is biting at full proof, again balancing cereal and an aggressively sweet fruit note that evokes Port-soaked cherries, macerated figs, and — as expected — loads of maple syrup. That syrup note is all-encompassing as the finish arrives, and given the viscosity of the high-test whiskey, it comes across on the tongue like something you might pour over pancakes — provided you wanted to be completely knocked out on the couch before lunchtime.

I generally like sweeter whiskeys, and “M” manages to temper some of 291 Rye’s more brash characteristics. That said, a shorter finishing time would have worked fine for me on this one.