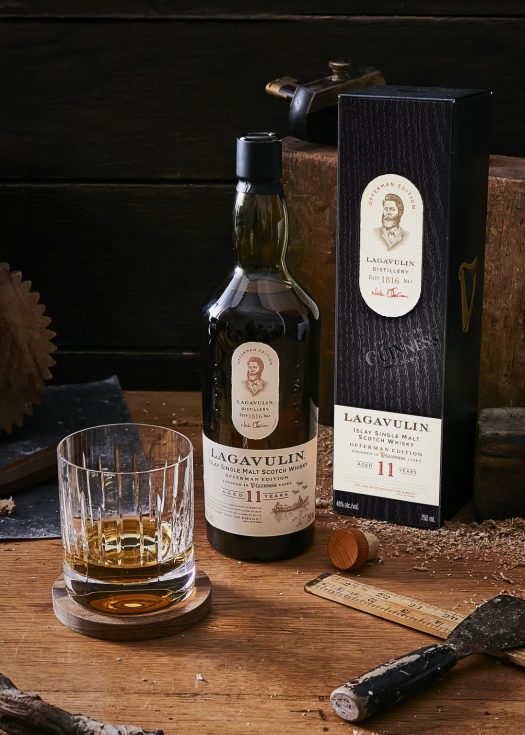 Nick Offerman, a self-professed “theater actor from Illinois and woodworker” is unreserved in his admission that his work with Lagavulin is pure happenstance. The Parks and Recreation character Ron Swanson was the entree to this famed Islay Scotch brand, and as Swanson’s love of Lagavulin grew, so did Offerman’s. 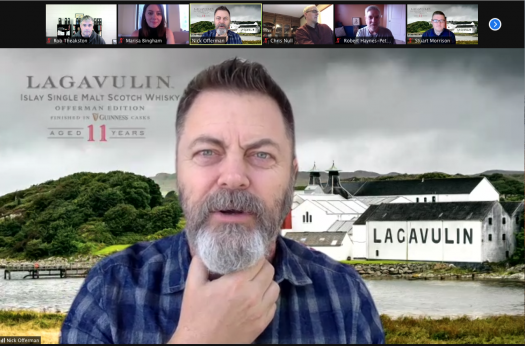 Offerman isn’t a whisky expert, as he explained live to a tiny group of journalists on a recent Zoom call wherein we discussed his latest collaboration with Lagavulin, saying, “I have no business having such an opportunity, but I mind my manners and I do the dishes.” And yet here we are, tasting Lagavulin’s second Offerman release, another 11 year old single malt like last year’s bottling, only this one has a twist: It’s finished for over 4 months in Guinness stout casks, which takes things in a surprisingly different direction.

As he himself would note, you can’t rely on Offerman’s tasting notes — “avarice… hallucination, tinged with a hint of regret” — but you can get onboard with his enthusiasm for the brand and this particular bottling, which I have been enjoying for days now. My tasting notes follow, but before we get there, I’ll leave you with one final word from Offerman, the most critical lesson his Sensei Shozo Sato ever taught him: “Always maintain the attitude of a student.”

The whisky’s nose is ashy but fruity, a fairly classic attack, hinting here and there at coffee bean and dark chocolate. The Guinness cask influence isn’t immediately evident, but there’s a hint of something spicy and richer beneath it’s mildly pushy, peaty nose.

The palate is much more exotic and rich than expected, and quite a surprise if you’re expecting a standard expression of Lagavulin. While the initial rush is a classic one of smoke and ash, it quickly jumps ahead to a big rush of vanilla and chocolate, coffee bean, and plenty of fruit. It doesn’t particularly taste like Guinness, but it does have a heavier malty quality that enriches the body and livens up the palate with a subtle earthiness. I found it hard to put down — and a dramatic improvement over last year’s Offerman bottling — fading out for several minutes on a subtle (yet smoky) Christmas spice character that offers notes of gingerbread and baked apples.

Say what you will about celebrity-styled bottlings, but with this unique release someone knew what they were doing, and for drinkers with even a passing interest in Islay I’d categorically recommend snapping up a bottle tout suite. 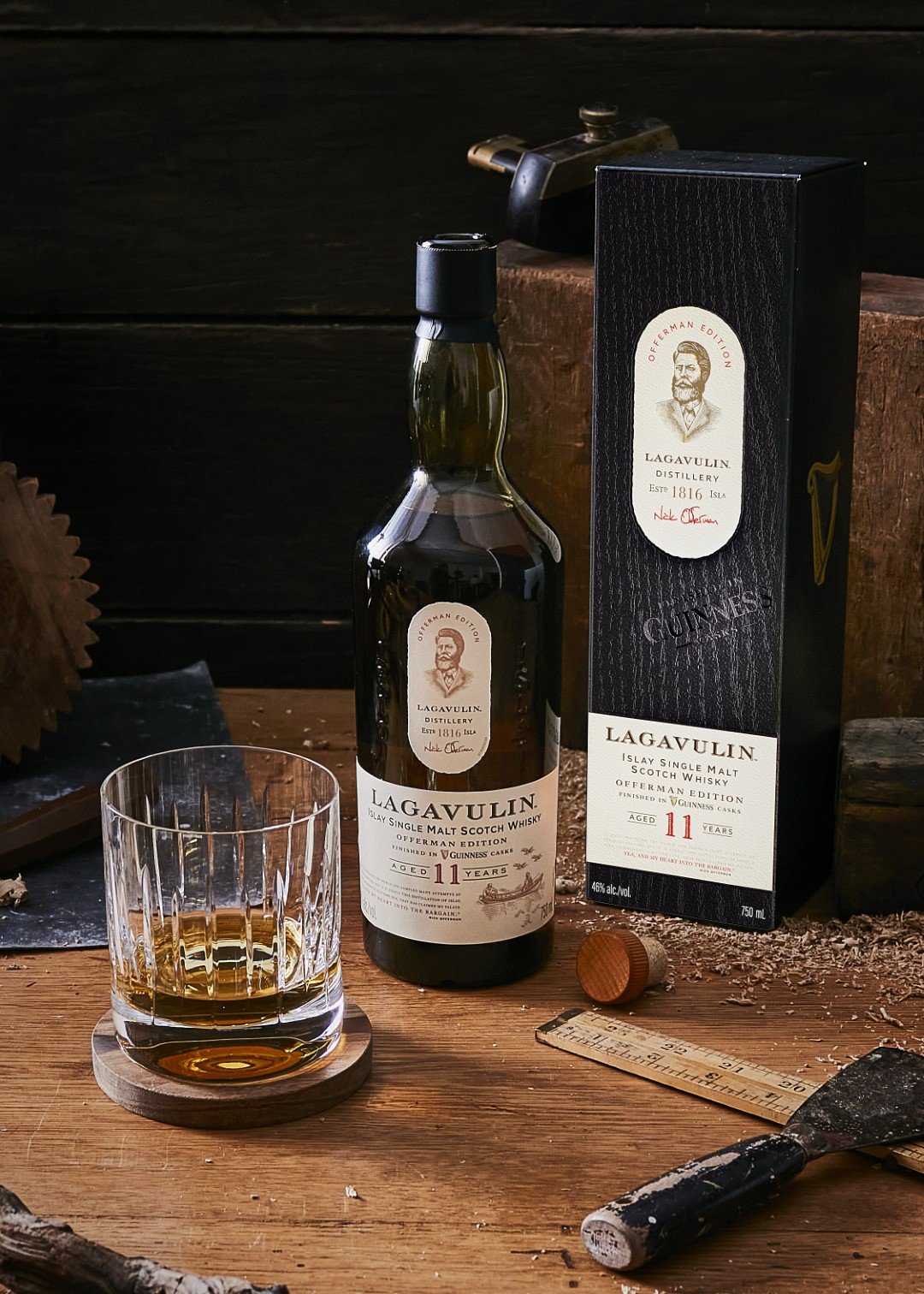