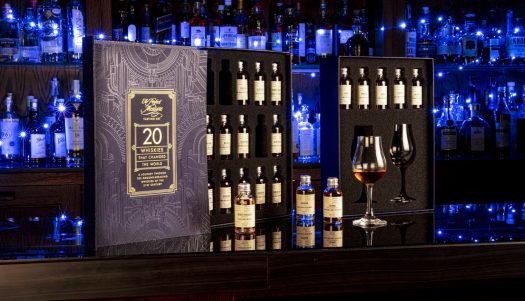 Tasting kits full of mini bottles are always fun, but the typical set always manages to shove a fair amount of junk in with the whales. That makes for a varied tasting experience, to be sure, but also a frustrating one.

With the 20 Whiskies That Changed the World Tasting Set, Sukhinder and Rajbir Singh of the Whisky Exchange — now celebrating 20 years in business — have set a high bar for themselves. There’s simply no room for plonk in a set that claims to be world-changing, so consumers picking up this set should come into it with the expectation that every dram will be a winner.

The 20 whiskies come packaged in 30ml sample bottles, which is enough to give you a healthy sample of each and small enough so you can get through the collection five whiskies at a time — which is how they are grouped in the extensive tasting book that’s included. Each whisky is carefully discussed and described, and ample space is available for your own tasting notes on each one.

So: What’s in the kit? As Sukhinder Singh noted during an online walkthrough of the kit, the collection features whiskies of note released in the last 20 years and is decidedly UK-focused — which makes sense, seeing as the Whisky Exchange is based in Britain — and 15 of the 20 whiskies in the kit are Scotch.

The Scotch picks are deep and widely on target, with options like Glenfiddich 15, Johnnie Walker Blue Label, Macallan 18, and Dalmore King Alexander III all killer picks. Would I have chosen Clynelish 14 or Glendronach Revival in my personal lineup? Probably not, but Singh and Co. make a strong case for their inclusion in the book’s tasting notes; that’s something you just don’t get in the typical tasting kit.

An entire flight of five peated whiskies is included in the mix, again with some obvious heroes — Lagavulin 16, Springbank 10 — and some surprises, like Octomore 10 Fourth Edition. Again, would I have picked Laphroaig Quarter Cask over, say, one of its finished expressions, or even Laphroaig 10? No, but it’s not out of line.

The final flight of five whiskies is the strangest for an American audience: Five world whiskies… from the perspective of a UK drinker. That includes two Japanese whiskies, Amrut Fusion, Blanton’s (Gold Edition, oddly), and a Michter’s Rye. To suggest that only one bourbon “changed the world” in the last 20 years, and that that bourbon was not called Pappy van Winkle, is a stretch — although Blanton’s has certainly made an impact in recent years. But surely, economics (and availability) had to play some part in getting this kit out at a reasonable price.

The kit will run you 160 British pounds. You can get it in the U.S., but be prepared to drop another 50 pounds on shipping from the UK. After shipping, your per-sample price stateside comes out to about $15 per 30ml bottle. It’s not cheap, but given the overall quality in the box, it certainly doesn’t feel extreme. There’s not a single whisky in this lineup that I hadn’t had previously, but I still found the experience of revisiting so many old friends to be wholly rewarding. If you’ve never had some of them, it’s an even better buy. 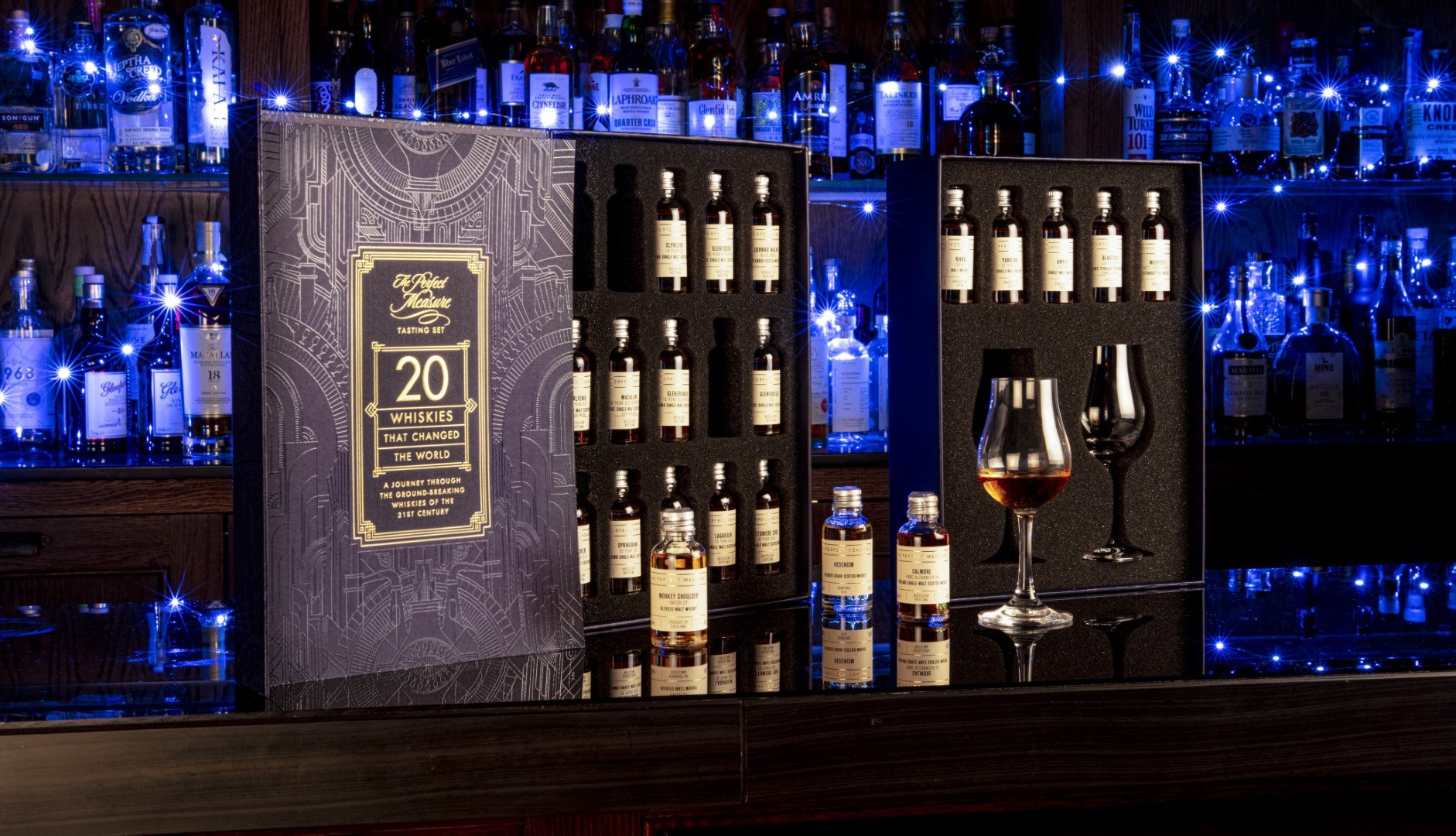