May 30, 2021/Christopher Null/No Comments
Beer Rated A Rated A- Rated B Rated B+ Reviews Top Rated 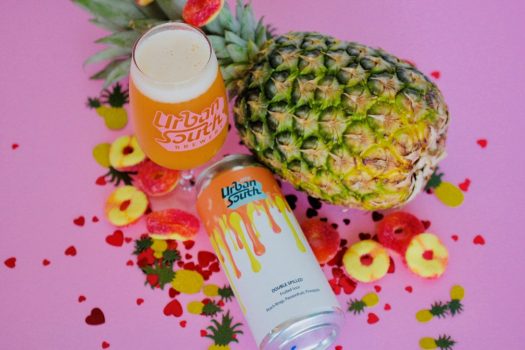 Urban South Brewery got its start in Louisiana in 2016. Its first satellite location outside the state got going in Houston, Texas in February 2020, offering a different collection of (230!) beers — heavy on fruited sours — than are available at the company’s home location. That started with the “Spilled” series (each featuring lots of fruit) then moved to “Double Spilled” (with twice the amount of fruit) — and finished with “Triple Spilled” (you do the math). The beers are all named based on the fruits used in the blend, and some of them got pretty far out there (soursop, anyone?).

Today we look at a highlight of the last year’s worth of fruity sour offerings from Urban South – HTX, all poured from 16 oz cans but mostly available at the HTX taproom. All abvs are states as “6 to 6.5%” unless noted with more accuracy.

Urban South Brewery HTX Euphoric Spills – A collaboration with Definitive Brewing. Equally sweet and sour, this drinks like a carbonated, tropical cocktail made with a massive amount of strawberries, tangerines, and mangos. It’s a fizzy spin on POG juice, but its creamy underbelly gives the finish a Creamsicle quality. Lively and fun, with just the right balance of tartness on the back end to give the beer a cleansing quality. 6.5% abv. A-

Urban South Brewery HTX Double Spilled Fruited Sour – Mango, Coconut – Jesus, this is like mango juice. More sweet than sour, the intensely creamy, fruit-forward brew is backed up by a light layer of fresh coconut meat, giving it a chewiness and, again, a distinct island character. Really hard to put down. N/A abv. A

Urban South Brewery HTX Double Spilled Fruited Sour – Raspberry, Coconut, Marshmallow – A sour raspberry note invades the nostrils, and while this looks like a smoothie in the glass, the fruit stands up to the coconut and marshmallow notes in the mix — the lattermost of which isn’t particularly evident. Sharp and biting, the coconut gets washed out by its incredibly tart attack on the palate, never quite getting to the gooey creaminess one expects based on the label. Definitively “sour” in construction. N/A abv. B+

Urban South Brewery HTX Double Spilled Fruited Sour – Orange, Grape Koolade – Sure enough, orange and purple makes this brew a weird shade of green. The flavor combination is bizarre, to say the least, a citrus-meets-grape-drink character that never quite settles on one element or the other. A tropical element endures on the lengthy but very sour finish; while Urban South HTX’s other fruited sours feel nuanced, this one comes across as fairly blunt and boring. 6.5% abv. B

Urban South Brewery HTX Triple Spilled Fruited Sour – Orange Slices, Orange, Pineapple – Not sure what “orange slices” means here, but this is a pure and huge punch of fruity orange juice, almost sweet tangerine in tone, with just a bit of chunky pineapple backing things up. There’s a clearer sour element here than in some of the Double Spilled offerings, but there’s so much fruit in the mix you just might miss it. Did I mention the oranges? 6.5% abv. A-

Urban South Brewery HTX Triple Spilled Fruited Sour – Starburst Gummie, Strawberry, Watermelon Slush – Wow, now we’re getting pretty out there, yet these flavors all work together, providing a candied fruit character that never quite becomes overwhelmingly sweet. There’s lots of citrus here (orange Starburst, perhaps) and ample strawberry — though not much watermelon to speak of — the finish winding up as considerably less sour than anything else in this lineup. That said, it’s another tough one to put down. N/A abv. A- 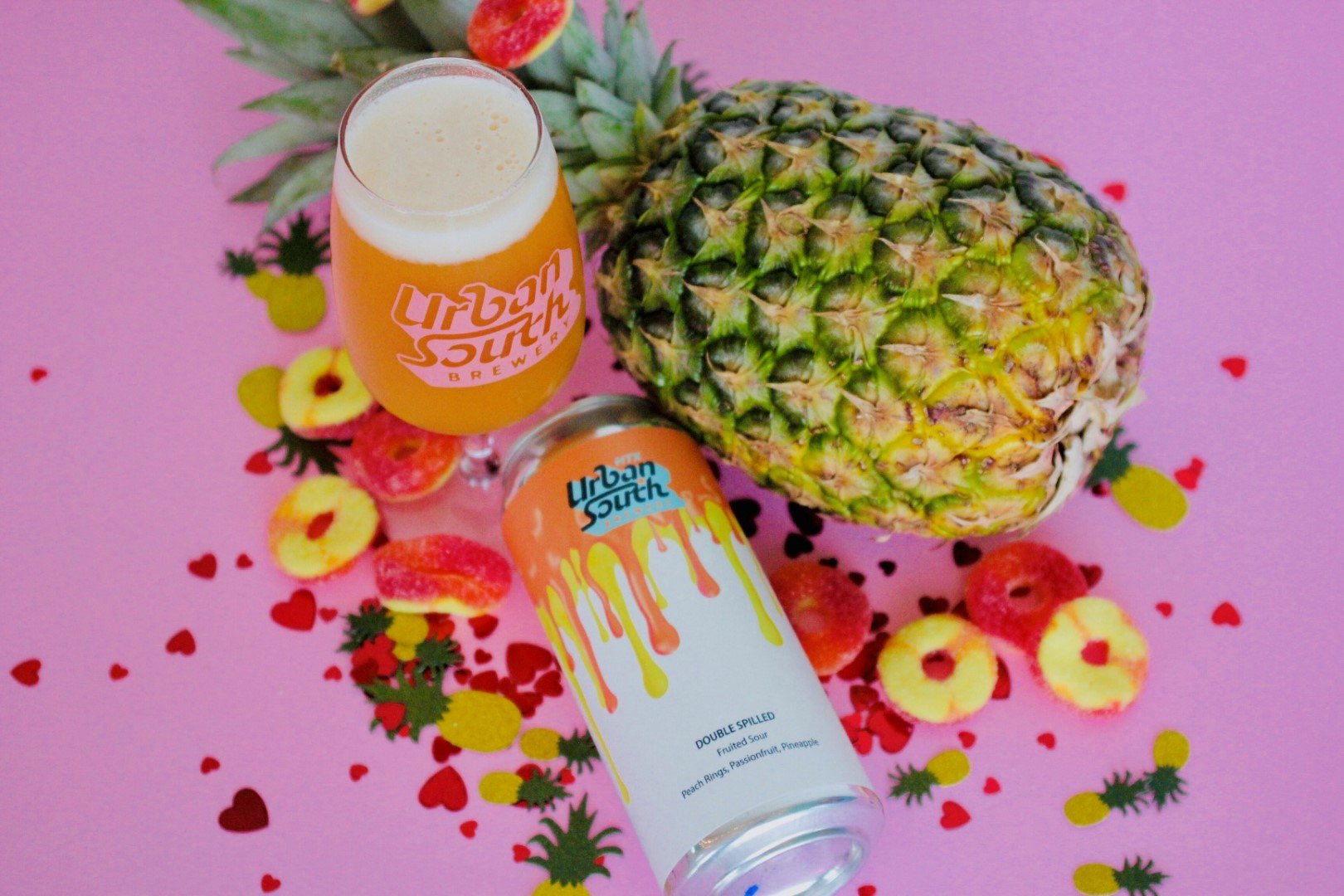