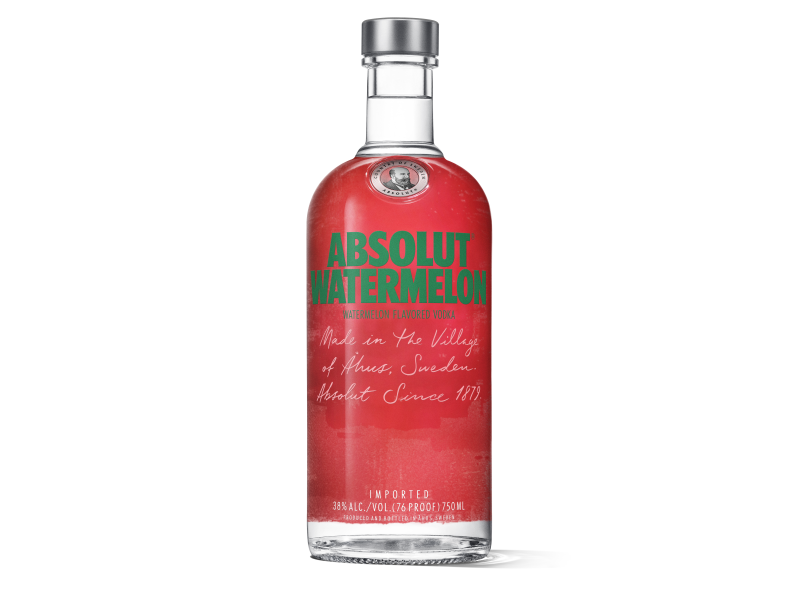 If you’re going for a flavored vodka, it may as well be something natural and appropriate for the season, like watermelon, and from a reliable brand like Absolut. Last summer we reviewed a limited edition Ciroc Summer Watermelon Vodka, so how do the two compare?

Well, Ciroc’s label admitted to the use of some artificial flavors, but Absolut makes no mention of those. It appears to be their standard vodka infused with natural watermelon flavors, with nothing else added. Note: Red coloring on the bottle glass does serve to give the vodka a watermelon-hued appearance, but the spirit itself is crystal-clear when poured.

On the nose this is more pleasant and simple than the Ciroc version, with just the fruity freshness of watermelon coming through, plus a hint of strawberry. The palate is similar, and does what it says on the label: It delivers a refreshing summery taste of fresh watermelon, with a dash of berry sweetness.

This isn’t a vodka meant for sipping neat, though, but rather for turning into long and thirst-quenching drinks for a sunny day. Mixed about 2:1 with soda water and a slice of lime, it hit the spot, and you could certainly throw it into a sangria with no regrets. In short, it delivers no surprises but stands as a perfectly pleasant summer vodka to have on hand.