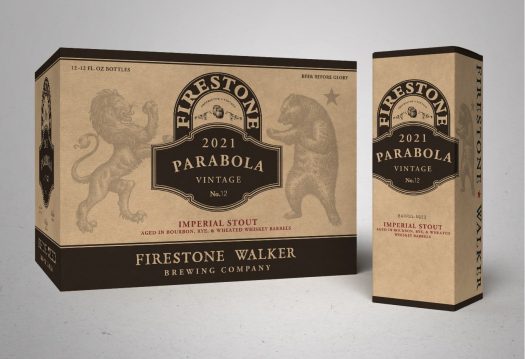 As Firestone Walker says, “Of all the beers in our Proprietor’s Vintage Series, Parabola is the most notorious,” describing it correctly as a “beast of a beer,” a monster that spends a year in whiskey barrels before bottling and which always lands in the double digits of alcohol by volume. This year we’re looking at the standard Parabola release, plus two special editions (which are only available in California). The details on each are below, so tuck in to our tasting notes on some of the most decadent beers on the market.

Firestone Walker Parabola 2021 – For the first time ever, this year’s edition was aged for 12 months in an equal mix of bourbon, rye, and wheat whiskey barrels. It’s a beautiful bruiser, a dark chocolate and mocha monster that offers the vanilla kick of American whiskey alongside notes of chewy prunes, tarry tobacco, and a hint of maple syrup. This lattermost element gives the finish a distinct sweetness, and while it’s not as cloying or overwhelming as many whiskey barrel-aged brews, it gets a bit syrupy on the finish as it starts to warm up — and as your glass nears empty. 13.6% abv. A- / $11 per 12 oz bottle

Firestone Walker Amburana Parabola 2021 – Here’s a new twist. This version of Parabola spends 12 months in 8 year old bourbon barrels and then gets racked and circulated through spirals of Brazilian Amburana wood, “which is prized for its beautiful baking spice flavors.” Sure enough, the notes of gingerbread and vanilla are amped up here above those of the still-evident coffee and chocolate notes, with a bold butterscotch note seducing the palate on the finish. Things get dank as you get toward the bottom of the bottle — and trust me, you will — with the flavors intensifying and coalescing with cassis notes and a hefty mocha character enduring pretty much forever. I love the Double Barrel (q.v.) and think it’s more complex, but this was the only bottle I polished off in one go. 14.6% abv. A / $11 per 12 oz bottle

Firestone Double Barrel Parabola 2021 – Aged in Bourbon and Wheated Whiskey Barrels – The highest abv beer that Firestone Walker has ever released, this is an instant classic, full of exuberance and richness. After a year in Buffalo Trace Bourbon barrels, Firestone’s Imperial stout spends another year in Weller 12 Years Old barrels (a wheated bourbon), for 24 full months of aging in two styles of bourbon casks. Notes of chocolate and cocoa nibs quickly move into heavy fruit notes — dates and figs, macerated in syrup — with hints of Marasca cherry on the back end. A heavy layer of dark chocolate ganache overwhelms the seductive, heavy finish. This drinks as much like a masterful coffee-based cocktail as it does a beer, and while it’s hard to put down, at this alcohol level, you probably should. 15.5% abv. A / $13 per 12 oz bottle 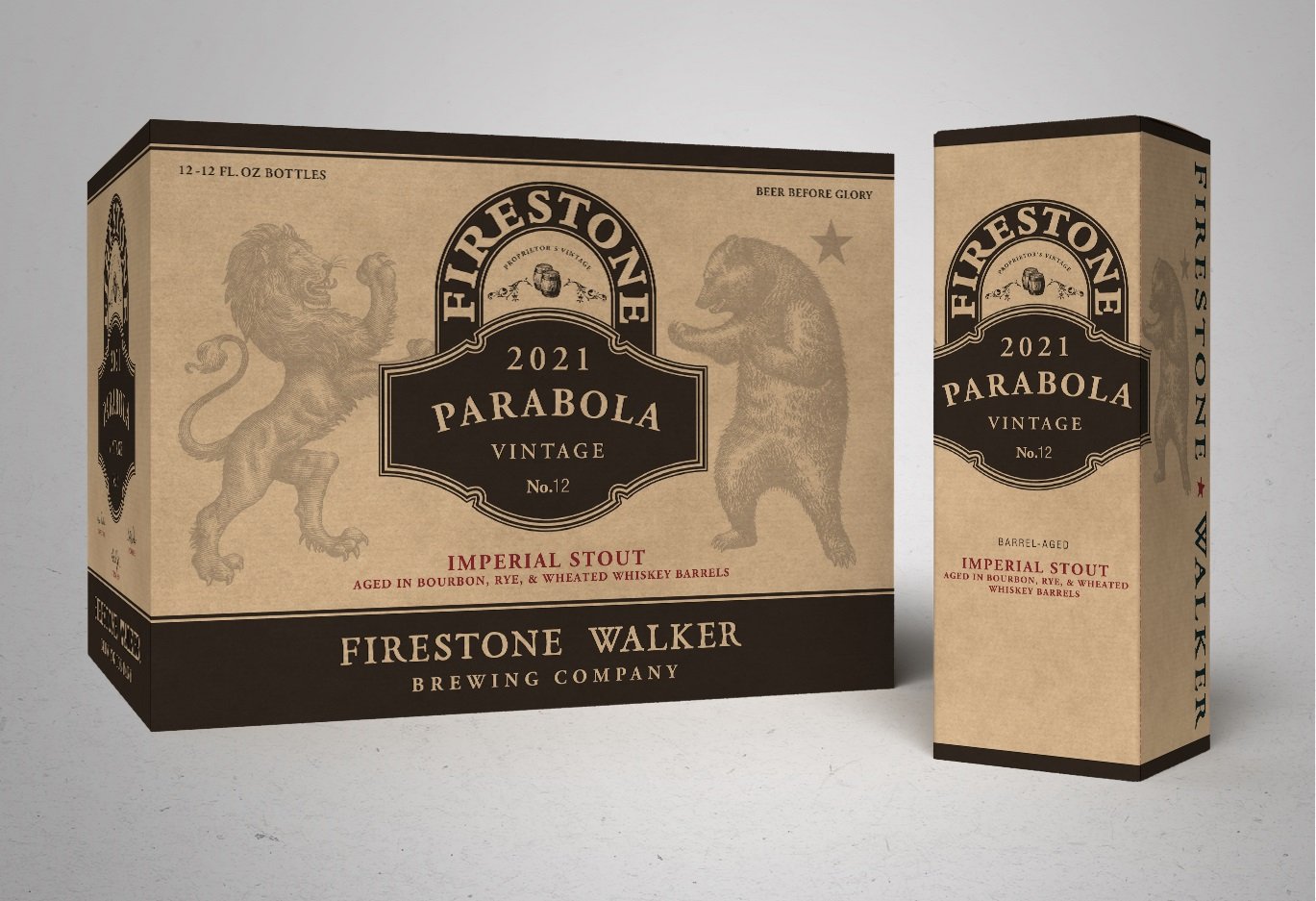