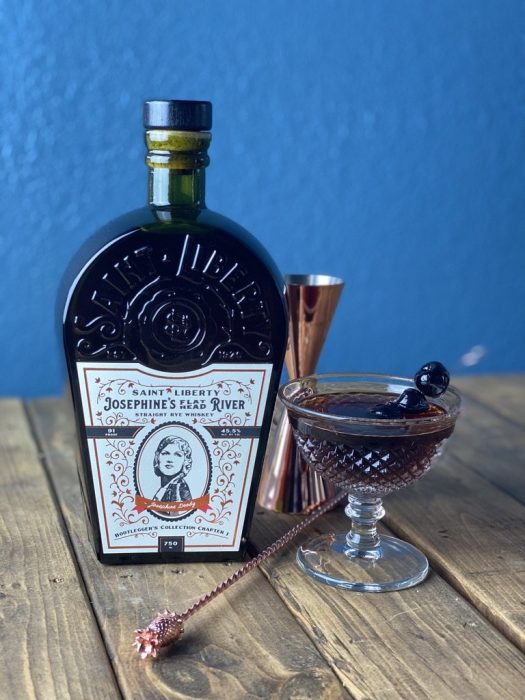 Saint Liberty is sourced whiskey, but not what you’re thinking. It’s distilled in all sorts of places and bottled in even stranger locales (Colorado, Montana) — with two of its three whiskeys hailing from Texas. None of its products are distilled in Indiana or Kentucky. And the company itself is based… in Austin, Texas.

The concept behind the three whiskeys in the company’s current lineup is that each celebrates a female bootlegger from the Prohibition era. And while the distillates are sourced as noted above, the final products are proofed and bottled using water local to the states where these lady bootleggers were from. (You can read more about the various namesakes at Saint Liberty’s website, linked below.)

That said, an inspiration story will only get you so far. Let’s delve into the trio of products and see how they fare.

Saint Liberty Bertie’s Bear Gulch Bourbon – Sourced from Texas and bottled in Montana, this is a 4 year old straight bourbon.The mash is 70% corn, 27.5% rye, 2.5% malted barley, it’s triple pot distilled and aged in a blend of 53 gallon #3 char barrels and 30 gallon #4 char barrels. It sure does smell like Texas, full of smoky, charred mesquite, gunpowder, cloves, and a bit of petrol. While there’s zero fruit or sweetness on the nose, the palate gives in and provides a touch of it — grilled peaches and apricot jam, though it soon falls back on smoky wood, black olive, and ample pepper, giving the experience a decidedly savory bent. There’s a lot of dark chocolate on the back end, which really works nicely as a finishing note against a rather hoary, aggressive attack. Hints of Japanese togarashi spice things up in an unusual yet quite likable fashion. 87 proof. B / $37 [BUY IT NOW FROM DRIZLY]

Saint Liberty Josephine’s Flat Head River Rye – From Tennessee and bottled in Montana: 95% rye, 5% malted barley, triple distilled, and aged for at least 5 years in 53 gallon new white oak #3 char barrels. This acquits itself about as you’d expect, with a nose that’s heavy with savory spices and lots of pepper, plus an ample punch of barrel char. Dig deep and you’ll reach some baked apple-cinnamon notes. The palate is sweeter and more engaging, melding brown sugar with baking spices into a cohesive whole — albeit one that still exudes ample barrel char, particularly on the lasting, dusty finish. I hint of red pepper lingers on the largely dry conclusion. 91 proof. B+ / $50 [BUY IT NOW FROM DRIZLY]

Saint Liberty Mary’s Four Grain Bourbon – Sourced from Texas and bottled in Colorado, this is a bourbon with a mashbill of 65% local corn, 22% wheat, 10% rye, 3% malted barley. It’s triple pot distilled and aged for at least 4 years in 53 gallon new white oak #3 char barrels. There’s a heaviness on the nose that again evokes Texas bourbon: A slightly skunky, weedy aroma evokes tobacco, roast vegetables, mushroom, and fresh asphalt. Unlike Bertie’s, though, this expression never really wakes up. Hard-edged and tough, the palate is equally restrained, with a green, vegetal character that is tempered by only the slightest note of butterscotch and baking spice in attendance. The savory pedal is kept firmly depressed on the finish, evoking green wood. Easily my least favorite whiskey in this lineup. 95 proof. C / $60 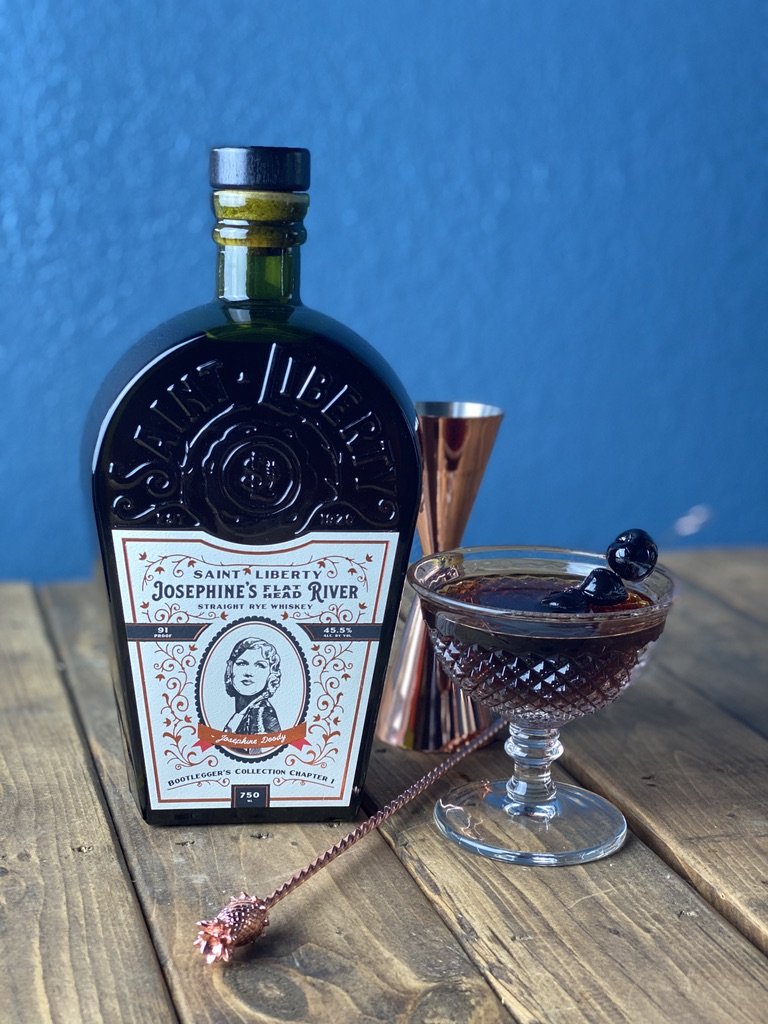