Review: Raasay While We Wait 2018 Release 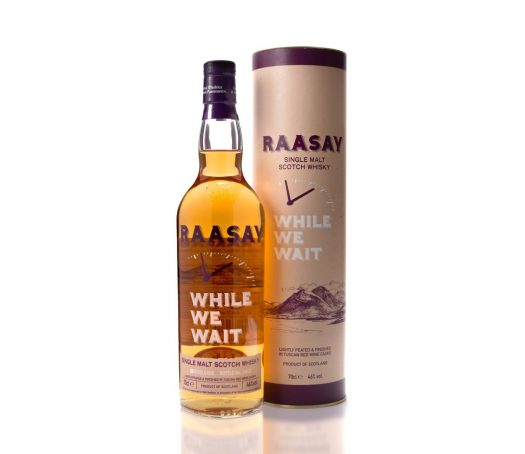 Raasay Distillery (aka Isle of Raasay Distillery) is the first legal whisky distillery on the Isle of Raasay, which is a tiny island just north of the Isle of Skye in Scotland. Operations formally began in 2017, and while the distillery just dropped its first formal bottling, we recently discovered a bottle of While We Wait, a lightly peated single malt from another (unnamed) distillery that Raasay bottled and released as a stopgap in 2018. It’s actually a blend of two expressions from this mystery distillery, one heavily peated and one unpeated, all of which is finished in French oak Tuscan wine casks that previously held Cabernet Sauvignon and Cabernet Franc. No age statement.

The whisky kicks off with a lot of smoke; this definitely comes across is bigger than a “lightly” peated whisky and is in fact on the heavy side, so much so that the chimney character washes out many of the secondary notes, leaving behind a hint of fruit, leather, and pepper.

The good news is that palate is big and chewy on the attack, offering notes of almond nougat, caramel, saltwater taffy, and cherry pits. There’s a lot of fruit and complexity, tempered by peat and soot, and it’s lively for a few seconds… before the experience completely collapses. As the finish races toward you, the whisky full-on dies on the vine, getting bogged down in a doughy, gummy character that is tragically common in red wine-finished single malts. Hoary and funky on the conclusion, it leaves an aftertaste that clings to the tongue with a flavor that’s rather vegetal.

Islay and red wine can go together well — Kilchoman has done it masterfully — but this expression is just much too unbalanced for easy enjoyment.

Raasay While We Wait 2018 Release 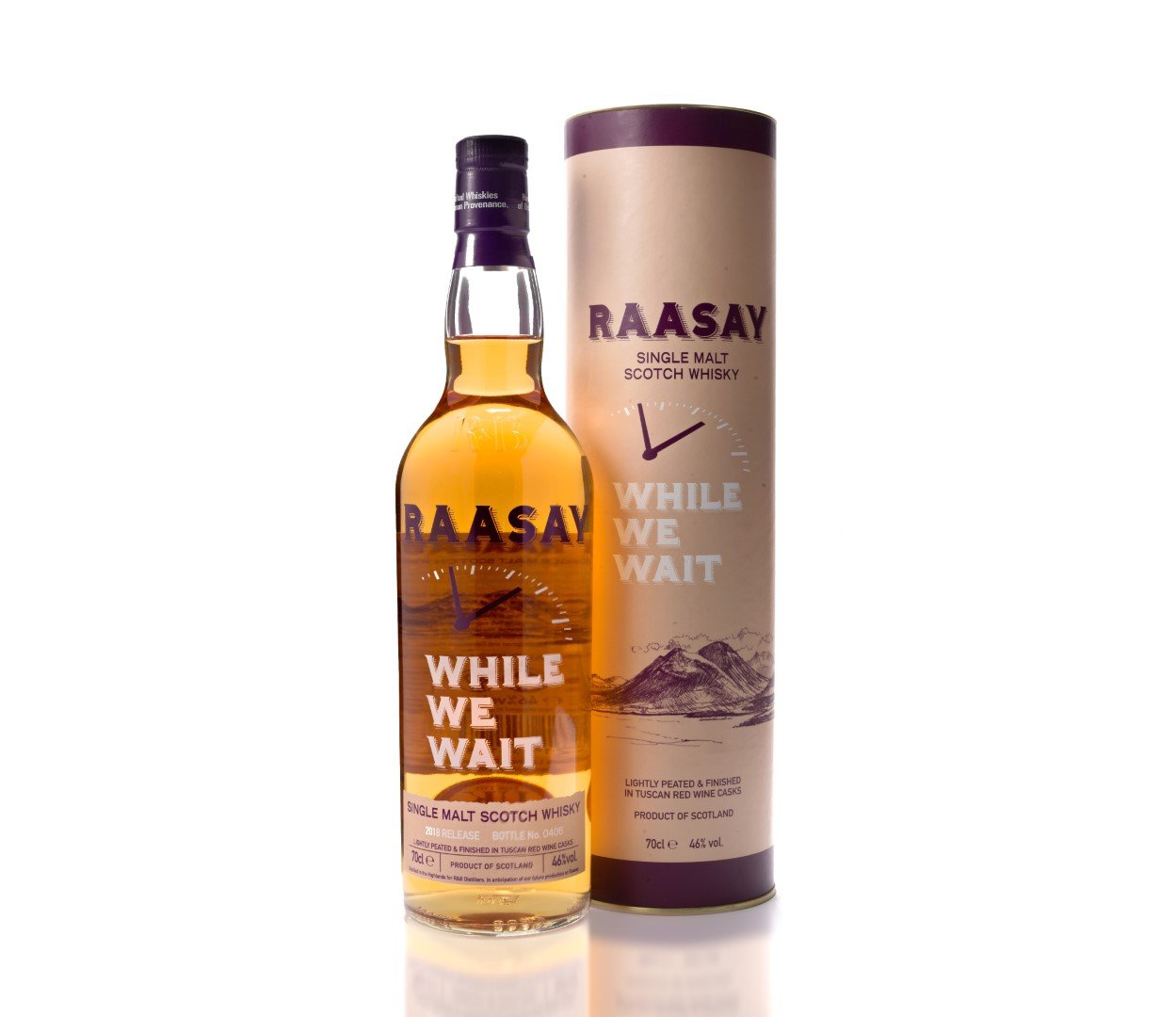