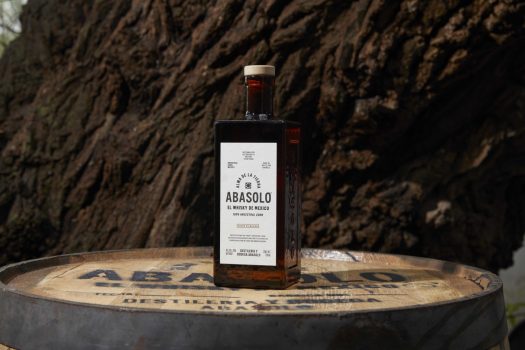 Abasolo isn’t just corn whiskey, it’s whiskey — or whisky, as it seems they say in some parts down south — made from Mexican Cacahuazintle corn, an ancient “ancestral” grain. The bulk of the corn used in the whisky is nixtamalized, a process used to turn corn into masa (which is used for tortillas and such), before being further mashed, fermented, and distilled. It’s unclear for how long this whisky is aged, or even what it’s aged in, but judging from the pale color, it can’t be too long, and it’s probably not new oak barrels.

From first blush, the whisky is intense: Know that you’re getting into a heavy duty experience here that I expect many drinkers will find challenging, bold on the nose with notes of both raw and toasted cereals, mushroom, turned earth, and tar. The palate is again quite aggressive, again pushy with a corn-obsessive attack, but one which is filtered mercifully through some sweetness that quickly offers notes of marzipan, coconut, and a squeeze of lemon. Before too long you’re thinking of dessert, not tamales. The finish doesn’t much change the game, offering a flavor reminiscent of sweet corn tomalito, a gentle pepper note, and some lingering smokiness, though its sweetness lingers alongside these more savory notes.

While not an overly complex whisky, Abasolo is actually quite interesting in comparison to American corn whiskeys, offering a unique take on what is often a straightforward (and often face-punching) experience. Much better than expected, and worth a sip when you’re feeling adventurous.